The Theobalds: Trading Up on Whiskey 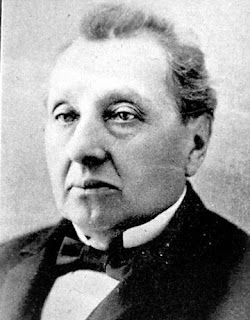 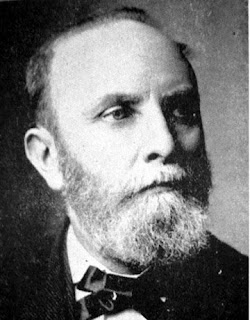 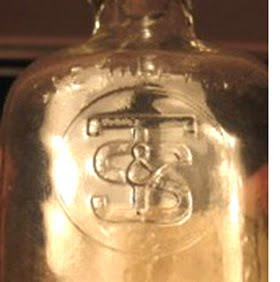 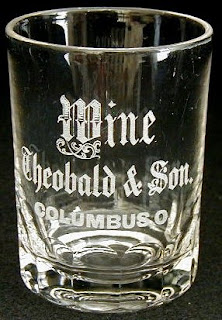 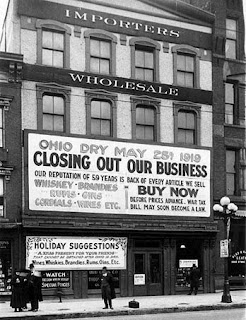 Frederick Theobald (top) and his younger brother, Adolph, both shown here in maturity, must be counted among the most canny of whiskey men. They parlayed a wine and spirits trade into business and political success that made them both leading figures in Columbus, Ohio, at the turn of the 20th Century.

The story of the Theobalds begins with their father Frederick Sr., born in 1809, son of Leopold Theobald. Wedding Fredericka Schmidt, he would father four children, including his namesake Frederick in in 1835 and Adolph in 1840. Involved in the liquor trade from an early age, the father founded Theobald and Son Co. in 1860, later changing the name to Theobald and Sons, presumably as Adolph came into the firm. Over the years the firm was located at several addresses on High Street, the main drag of Columbus.

In 1884 the elder Theobald died. A new letterhead was adopted that featured the brothers They then begin a sustained effort to grow the liquor business, advertising vigorously around the Midwest. A display ad Ohio newspapers made the following claim: “Theobald has become a household name wherever the purest and best whiskey is discussed.” Among the brand names used by the Theobalds were Cottage, Marble Cliff, Old Coon Sour Mash, Old Land Mark, Oldway, and Wyandote Grove. Most of these brands eventually would be trademarked with the Federal Government in 1905 and 1906.

The Theobalds were “rectifiers” not distillers. They mixed whiskeys to enhance taste and smoothness. then slapped their labels on the bottles. Initially Cottage Rye appears to have been the flagship brand, as represented by a back of the bar bottle. Later the Old Coon brand came to the fore as shown here on a half-pint flask. The embossed monogram “T & S” was a feature of many of the firm’s liquor bottles. The firm also boasted major wine sales.

As their liquor business thrived, both brothers were moving into the top echelons of the Columbus political and business communities Adolph -- now married to the former Ottilie Corzilius and the father of three children -- was elected to the City Council of Columbus. He served one term.

Frederick entered banking, becoming a director of the Ohio Savings Bank. Subsequent biographies would refer to him as a “banker” downplaying his liquor interests. Adolph became an important figure in utilities. By the early 1890s he was president of the Columbus Electric Light Company. When the city’s street car and light businesses were merged in 1893, he became a director of the Columbus Railway and Light Company (CR&L).

After Frederick’s death in 1906 at age 71, Adolph, now in his mid 60s, determined that the time had come to sell the family liquor holdings. Not only did he have other business interests, but the specter of statewide Prohibition was becoming ever more a possibility. Although Ohio voters had rejected banning alcoholic drinks in referenda, the margins of victory were becoming slimmer and slimmer. Probably sensing the inevitable, Adolph sold Theobald & Son Co. to a group of Columbus investors.

Their investment within a few years proved to be a mistake. Shown here is a photo of their High Street building taken during the 1918 Christmas season. This was the year the Buckeye State voted in a ban on alcohol, more than 19 months ahead of National Prohibition . A huge sign announced “Ohio Dry May 25th 1919....Closing Out Our Business.” A smaller sign offered helpful holiday hints. It suggested that “wines, whiskies, brandies, rums, gins, etc.,” would make thoughtful gifts for friends since those products would not be obtainable once “Ohio is Dry.”

After surviving 59 years the liquor business the Theobald family had built vanished the next year. Looking on from the sidelines, Adolph, just months from his own death, must have been saddened. Both Frederick and Adolph are interred at Green Lawn Cemetery in Columbus. There they lie with such locally-born celebrities as World War II Hero Eddie Rickenbacker and Humorist/Writer James Thurber. While they were not as famous as those men, we remember the Theobolds today as brothers who parlayed the whiskey trade into becoming major figures in their home town.
*********
Notes: The information and images provided here are from a variety of Internet and other sources. The photographs of the Theobalds are through the courtesy of the Columbus Metropolitan Library which maintains an excellent collection of vintage photos and illustrations.
Posted by Jack Sullivan at 10:00 AM