Has Anyone Here Seen Kelly? 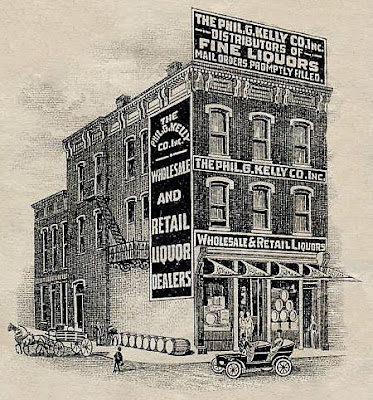 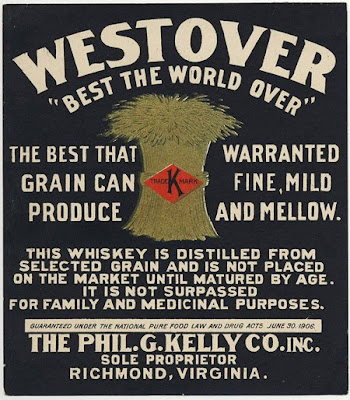 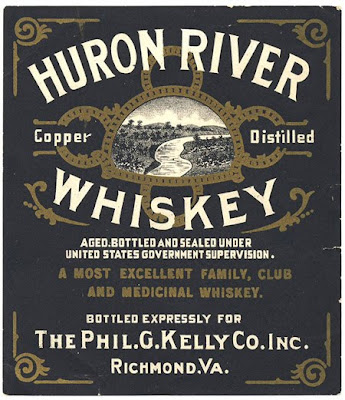 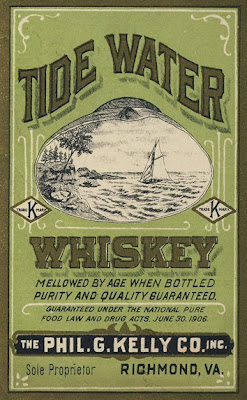 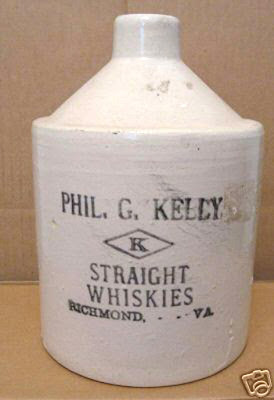 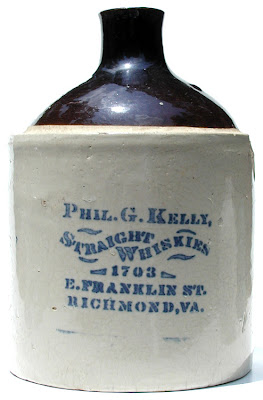 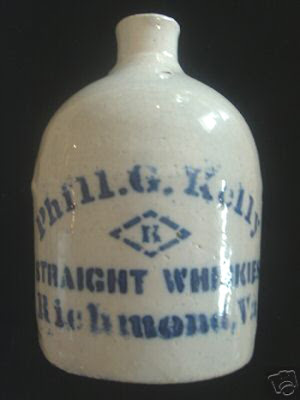 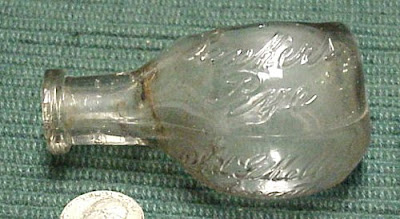 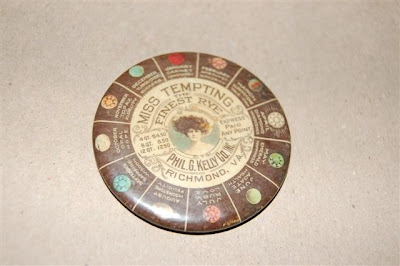 The Phil. G. Kelly Company first appears in Richmond directories in 1905. It had 10 years of outstanding success, becoming the leading liquor dealer in the capital city of the Virginia Commonwealth. But just who was Philip Kelly? My research has yield virtually nothing about the man behind the business. Moreover a 2011 article about the company in the Richmond Times-Dispatch fails to provide any personal details.

The firm initially was located at the corner of 17th and Franklin Streets. A 1909 ad gives its next address as 1413 East Main St. and shows a three story building with the slogan “The House that Treats You Right.” Other ads of that time claim the Kelly enterprise as “importers, distillers and distributors of fine liquors.” It is doubtful that Kelly actually was a distiller. More likely he was a “rectifier,” that is, an operation that bought raw liquor from distillers, mixed and bottled it, slapped on a label, and sold it to the public.

The sign on the Kelly building claimed “distributors of straight whiskies.” The company also boasted that it handled only “straight goods...the pure food kind.” That too may have been disingenuous. Real distillers were seeking to have the government enforce the Pure Food and Drug Act against rectifiers on the grounds that they made only “artificial” whiskey. Kelly Co. clearly was retaliating by claiming its whiskeys were “straight” and the pure food kind.

Kelly bottles, jugs and giveaways have been popular with collectors in Virginia and elsewhere. For example, a fairly ordinary looking miniature pinch bottle of Kelly’s Bankers Rye, shown here, sold on eBay in October 2006 for $357. More recently, a Miss Tempting Rye advertising hand mirror, two inches in diameter, with pictures of birthstones on the back brought $103.50.

Part of the Kelly mystique may be the prominence of its name on its whiskey containers. The firm embossed many of its glass bottles and flasks prominently with its name and often added decoration. Kelly ceramic jugs appear in more than a dozen variations. My particular favorite is a blue and white miniature jug, shown here.

Early in the 1900’s Phil. G. Kelly bought out a competing whiskey merchandiser, the E.A. Saunder’s Sons Co., that had been active in the Richmond liquor trade since 1885. In buying out his rival Kelly added Saunder’s brands to its own. Those included Casey’s Malt Whiskey, Old Bob Burton Rye, Old Fulcher Va. Mt. Rye, Old Bumgardner Va. Mt. Rye, and Possum Hollow Corn.

Strong in the mail order business, Kelly promised to send its goods in neat, plain packages “with no marks to indicate contents.” Kelly’s Special Reserve, for example, shipped in one, two or three gallon glass jugs packed inside a wooden case. That jug, his ad claimed, is the “the safest and most up-to-date package. It’s a beauty and you will say so when you see it.” Another Kelly slogan was “The Prompt Mail Order House.”

Despite energetic efforts and business success, temperance forces rapidly were closing on Kelly. In 1913 the U.S. Congress passed the Webb-Kenyon Act that forbid any mail order sales of liquor into dry states. Most of Virginia voted itself dry in September of 1914, but Richmond rejected the idea. Under a local option provision. Kelly’s mail order business was severely affected. In 1915, the firm moved to 427-431 N. 18th St. for its final year.

After Virginia went dry Kelly pulled up his operation and moved it to Baltimore. A corkscrew, shown here, bears his name and indicates a location at Baltimore and Howard Streets in that city. Kelly does not appear to have prospered in Maryland and his firm disappeared with National Prohibition.

There is an old British music hall song called: “Has anyone here seen Kelly?” Part of the chorus goes: “Has anybody here seen Kelly?K-E-double-L-Y. Has anybody here seen Kelly? Find him if you can!” Despite singular efforts to locate Phil. G, the man behind the business remains elusive. He operated for just single decade in Richmond but managed over that brief time to become a whiskey kingpin whose legacy is in myriad jugs, bottles, and giveaways. Just who and what Kelly was, however, remains shrouded in time.
Posted by Jack Sullivan at 8:38 AM