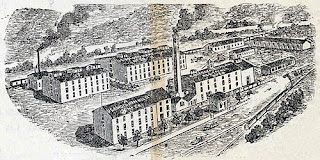 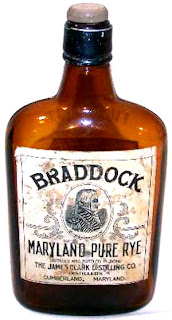 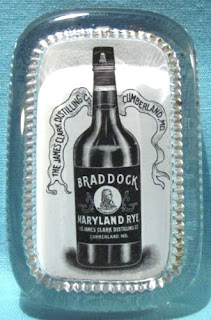 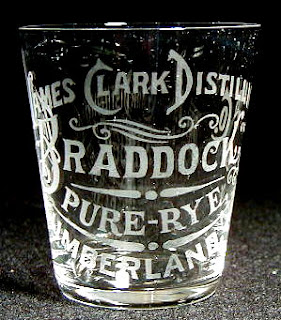 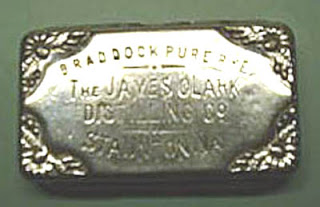 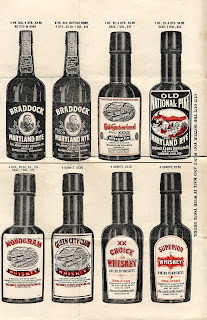 When James Clark opened his distillery in Cumberland, Maryland, in 1883, he knew that the National Pike and railroads that traversed his town would take his whiskey to the Western reaches of the United States. He could not have known that they also would take him to the U.S. Supreme Court and into American legal history.

The National Pike, sometimes called the National Road, was of historic importance. Work begin in 1811. Snaking its way across the mountains, the road was the best that had ever been built in North America. The road took seven years to reach Wheeling, Wes Virginia. Subsequently it was pushed eastward from Cumberland to Baltimore and westward by 1841 to Vandalia, Illinois, where it stopped -- 800 miles long.

Although the coming of the railroads eventually brought a decline in the need for the National Pike, for decades the road engendered a lively atmosphere along its route, including in Cumberland. According to one witness, “never had there been such landlords, such taverns, such dinners, such whiskey, such bustle or such endless cavalcades of coaches and wagons....” Supplying those travelers with liquor spawned a distilling industry in the town. An immigrant named James Clark was among the principal beneficiaries.

Clark was born in 1846, reputedly aboard a ship en route to America from Ireland. When he arrived in Cumberland is unclear. However we know he early showed a strong business acumen and probably was engaged for a number of years in whiskey sales and distribution as the James Clark Company. Eventually Clark bought an existing Cumberland distillery erected in 1856. That business had failed and the plant subsequently had been turned into a chemical factory.

Clark restored the facility as a distillery and in 1895 reorganized his business, changing its name to the James Clark Distilling Company. A line drawing of the distillery, shown here, exhibits it as an impressively large installation. The drawing also emphasized the ready availability of the plant to both overland and rail transport.

Clark’s ads also trumpeted his flagship brand, Braddock Maryland Rye, as “America’s Finest Whiskey.” There were distinct ironies in Clark’s choice of this name. General Braddock was the ill-fated British general who marched out of Alexandria, Virginia, more than 250 years ago to confront the French and Indians in the Ohio Valley. His passions, said contemporaries, were for women and liquor. Braddock camped for a time in Cumberland, then known as Fort Cumberland, before marching out to be killed on the battlefield in Pennsylvania. Braddock was pictured on Clark’s letterhead and labels.

Shown here from a early 1900s magazine ad are an array of Clark’s whiskey labels and bottles, including Old National Pike Maryland Rye, Old Cumberland XXXX, and Queen City Club. From the number of Clark Distilling bottles and jugs that have been dug and otherwise found, the firm did a strong business though saloons and stores in the Shenandoah Valley and the Washington, D.C. area. The company’s major sales, however, were made though the U.S. Post Office.

As town after town, state after state, in America voted to go “Dry,” thirsty Wets in those areas had to obtain their supplies by ordering through the mail. By the early 1900s James Clark had developed a thriving mail order business for his whiskey, making use of the good transport by railroad, road and water out of Cumberland. His ads emphasized distance sales, urging customers to cut out pictures of the items they wanted and send them in with their money.

Clark’s mail order business took a body blow in 1913 when Congress, under pressure from “Dry” interests, passed the Webb-Kenyon Act over the veto of President Taft. The law prohibited the interstate transport -- by mail or other means -- of “any spirituous, vinous, malted, fermented or any other intoxicating liquor of any kind” into a state where laws forbid the sales of such products. Initially the law was unenforced and the mail order sale of liquor continued relatively unabated. As a result the State of West Virginia, which had enacted a statewide prohibition law, took the step of enjoining the Western Maryland Railroad and the American Express Company from carrying alcoholic products into their state.

Clark, whose business was in serious jeopardy, fought back. Questioning both the constitutionality of the Webb-Kenyon Act and its application to West Virginia, he filed suit against the two carriers and the state government. The case was argued before a U.S. District Court judge in 1915 who ruled in favor of Clark. The victory was short lived, however, as the U.S. District Court of Appeals quickly overturned the lower court and in 1916 explicitly upheld West Virginia. Undeterred, Clark took his case all the way to the United States Supreme Court. On January 8, 1917, by a vote of 7 to 2 the Supreme Court ruled against Clark and upheld the constitutionality of the Webb-Kenyon Act.

The majority opinion was written by Supreme Court Chief Justice Edward Douglass White. Ironically, he had been appointed by President Taft, who opposed Webb-Kenyon. Chief Justice White handed down an opinion that established that in specific instances Congress may abridge the Interstate Commerce Clause of the Constitution. The case of The James Clark Distilling Co. vs. Western Maryland Railroad Corporation, etc. became part of legal history and even today frequently is cited in interstate commerce disputes.

Judge White, an obese man, dropped dead in office in 1921 at the age of 76 and is buried in Washington, D.C. He was preceded in death by the James Clark Distilling Co., which terminated business in 1920 with the onset of National Prohibition -- never to open its doors again. The Irish distiller’s legacy, however, may still be seen in downtown Cumberland. The Clark-Keating Building that once held his retail liquor store remains at 55 Baltimore Street. Constructed in 1899 and shown here, it currently is on National Historic Register and a stop on the town’s walking tour.

The Webb-Kenyon Act has proved to be as durable as the building. When President Franklin Roosevelt sought to eliminate the law in 1935 following Repeal of Prohibition, Congress overturned his veto and kept it on the books. It remains the law of the land today.
Posted by Jack Sullivan at 6:35 AM