Chapin and Gore: Kings of the Chicago Saloon

Writer George Ade, who spent a decade working on newspapers in Chicago, claimed in his book,  “The Old Time Saloon” that the Windy City’s drinking establishments ranked with those of Port Said and Singapore as being the wildest and wickedness ever.  “Chicago was just as tough as it knew how to be....Saloons were everywhere, many of them open all night and all day Sunday.”

According to Ade, it was commonly stated that when a new drink parlor opened anywhere in
Chicago’s Loop, the saloon keeper threw the keys to the place in Lake Michigan.  “The famous hangouts had not been closed for a minute for years and years,”  he claimed.  Perhaps the most famous of all the city’s saloons was the one founded by Gardner Spring Chapin and James Jefferson Gore whose “Chapin & Gore” partnership led them to the pinnacle of Chicago fame.

Their story began inauspiciously in the early 1850s.   Born in Georgia,  Gore at the age of 19,  by his own later account,  had driven a team from Texas to California overland and then “because of his love of adventure” had joined the Forty-Niners prospecting for gold.  His biography says:  “It was the day of the six-shooter, the quick draw, and the steady eye and hand, when he was learning his apprenticeship and learning the ways of the world....”  Eventually Gore drifted into the life of a teamster,  driving a team of mules and hauling freight to Nevada.   An illustration in the biography romanticized Gore's occupation.

In reality,  when Chapin, a broker in mining stocks, met Gore,  the latter was sick and broke.  He asked Chapin for the loan of $200 so he could continue to his destination.  Impressed with the younger man’s personality and despite that being a large amount of money at the time, Chapin loaned him the cash and thereby began a lifetime friendship.  From Chapin’s “grubstake,”  Gore prospered and eventually relocated in Chicago.  Meanwhile Chapin moved to Fairbault,  Minnesota, where he opened a dry goods store.  When business there proved to be poor,  he moved to Chicago and opened a modest grocery on Madison Street.   Remembering Chapin’s kindness,  Gore sought him out and suggested they go into business together.

The partners subsequently opened a grocery store in 1865 at the corner of State and Monroe Streets.  Gore convinced Chapin to add a liquor department and before long liquor  was their principal merchandise.  They put out a brand of their own which they called “1867 Sour Mash.”  That 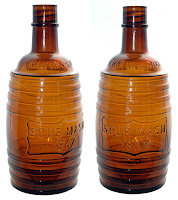 reportedly was the year they made liquor their prime enterprise. But it was the great Chicago Fire of 1871 that brought the pair to public notice.

The Chicago public came to dote on the colorful Gore, known fondly as “Old Jim” because of his response to the conflagration.   To keep the stock of whiskey safe from flames and looters,  he hired men to roll barrels full of bourbon and rye -- some claim as many as several hundred kegs -- into Lake Michigan.  While some was diverted, many reached the water to be recovered later.  Chicago newspapers headlined

the story.  Chapin & Gore advertised this whiskey as “fine as silk” and sold it for an inflated price as “Lake Whiskey.”

So popular was their liquor that the partners eventually opened seven retail outlets in downtown Chicago.  They decorated them with large colorful cartoon caricatures of famous personages.  Chapin & Gore also opened a saloon they called Chapin & Gore’s Cafe.  Chicago historian Stephen Longstreet says that this drinking establishment featured good food and had a reputation for being “high toned.”  Illustrious patrons included William McKinley, later to be elected President,  Author Mark Twain, and “Buffalo Bill” Cody.  Of Cody it was said

he could always be found where there were good listeners and, more important, good whiskey.   Chapin & Gore’s liquor was so good it began to attract a national audience to its brands which included “1867” and “Old Jim Gore,” which the firm trademarked in 1904.  The partners eventually acquired their own Kentucky distillery near Cloverport in Breckinridge County.  They opened branch offices in Kansas City,  Indianapolis and even Paris, France.

Chapin & Gore also became known for the design of their whiskey containers.  Bottle collectors are familiar with their several very attractive versions of a glass amber barrel-shaped bottle.  Those are attributed to the Frankstown Glassworks and later the Hawley Glass Company, both of Pennsylvania.  Also shown here are examples of the firm’s straight quart bottles and embossed flasks.   Other containers were ceramic including a jug with a gold lip and label with an overprint of a cobalt 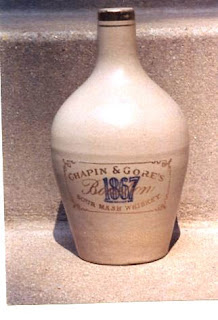 Another part of the enduring Chapin & Gore legacy is a building that their firm  commissioned and still bears their name.  Located at 63 East Adams the 1904 structure combined warehouse and office space with a street-level liquor store and bar.  Hired for the design were noted Chicago architects Richard Schmidt and his partner Hugh Garden. 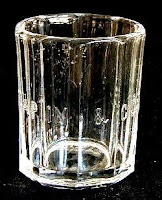 According to one commentary, the pair demonstrated through this facility, “the aesthetic possibilities of the utilitarian building through the use of interior functions, fine brickwork and decorative terra cotta.” In 1998 the building received a facelift as ornamental cornices and capitals removed in the 1950s were restored.  The Chapin & Gore Building, shown here, has been designated a Chicago landmark, is on the National Register of Historic Places, and is an established part of the city's architectural heritage walking tour.

After Jim Gore died in 1891, Chapin carried on and the firm’s ads continued to claim that Old Jim Gore Sour Mash Whiskey was “the best in the world.”  Chapin was forced to shut down all alcohol related aspects of the enterprise as a result of National Prohibition.   As a brand name, however, Chapin and Gore was revived after Repeal in 1934.  At first it was produced by the National Distillers Corporation of Louisville which had nearly 140 brand names under its control.  Subsequently it was sold to one of the Bardstown distilleries which produced it under the somewhat misleading label:  “Distilled by Chapin and Gore.”