Finch to Painter to Pontefract Produced “The Golden Wedding” 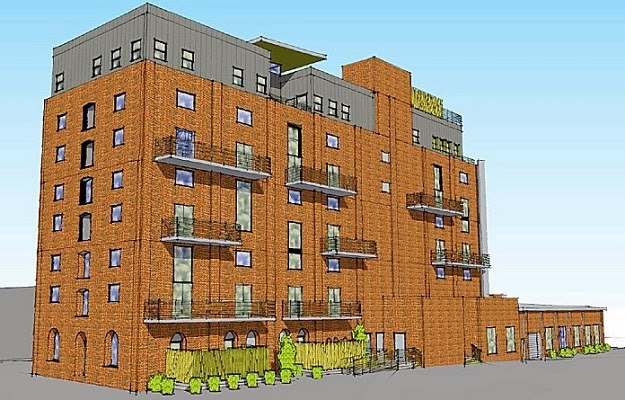 Many have likened a business partnership to a marriage.  In that vein, Joseph S. Finch, John W. Painter and James G. Pontefract,  the distillers that gave America “Golden Wedding Rye Whiskey,”  shared a corporate marriage that lasted even more than the fifty years required to qualify for a golden wedding observance.

The man who founded and gave his name to the distilling dynasty was Joseph Finch, born in 1839 and raised in Pennsylvania.   Little is known of his early life but at 20 he married Elizabeth J. Moore, whose father, Thomas Moore, owned a distillery in Allegheny County in western Pennsylvania he called”Possum Hollow.” (See my vignette on Moore in May 2012.)  Finch went to work for Moore, probably at a second distillery the father-in-law had built on First Avenue in Pittsburgh.  Moore is recorded as having operated it for several years and then turned it over to a son-in-law, almost certainly Finch.   About 1864 Joseph struck out on his own, establishing a small distillery in Pittsburgh.  The modest operation was capable of mashing only 100 bushels of grain daily.  Involved in both distilling and selling the whiskey, Finch ran it almost as a one-man enterprise.

Three years later, however, burgeoning business caused him in 1867 to add a partner, John W. Painter.  The same age as Finch, Painter had been born 1839 in Westmoreland County, Pennsylvania, the son of John Painter, a farmer.  His mother, Harriet (Parks), was the daughter of a prominent early settler and noted political figure in the Keystone State.  His parents were wealthy enough to give Painter educational opportunities at Beaver and Hayesville (Ohio) Colleges. The same year that he joined Finch, John married Isabella Cornell, 21, a woman of Scottish heritage from Westmoreland County. They would have one son, Robert, born in 1868. 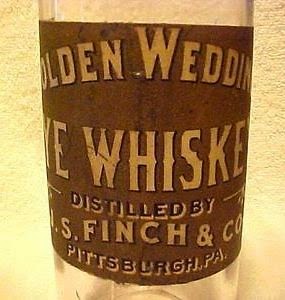 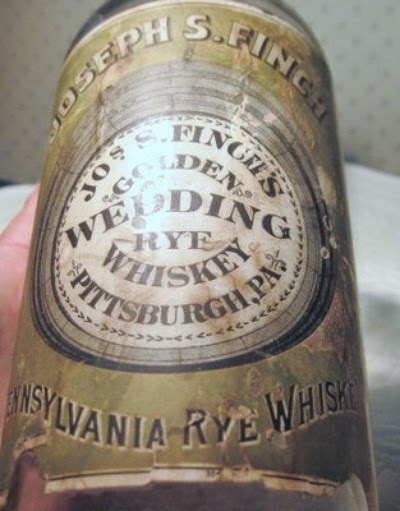 Recognizing the need for expanded production, in 1868 Finch and Painter moved their operations to the corner of McKean Street and the Monongahela River where they erected an entirely new plant, seen above in a drawing.  Constructed with rugged bricks three-to-four thick, study wooden beams and heavy doors, the three-story distillery plainly was constructed for the ages. They called their business “Joseph S. Finch & Company.”   In federal revenue parlance it became Distillery No. 4 of the 23rd Pennsylvania District.  About the time of the move, the firm began to market its “Golden Wedding Rye Whiskey,” a brand name name that brought it national recognition.  Shown below left is an early label. 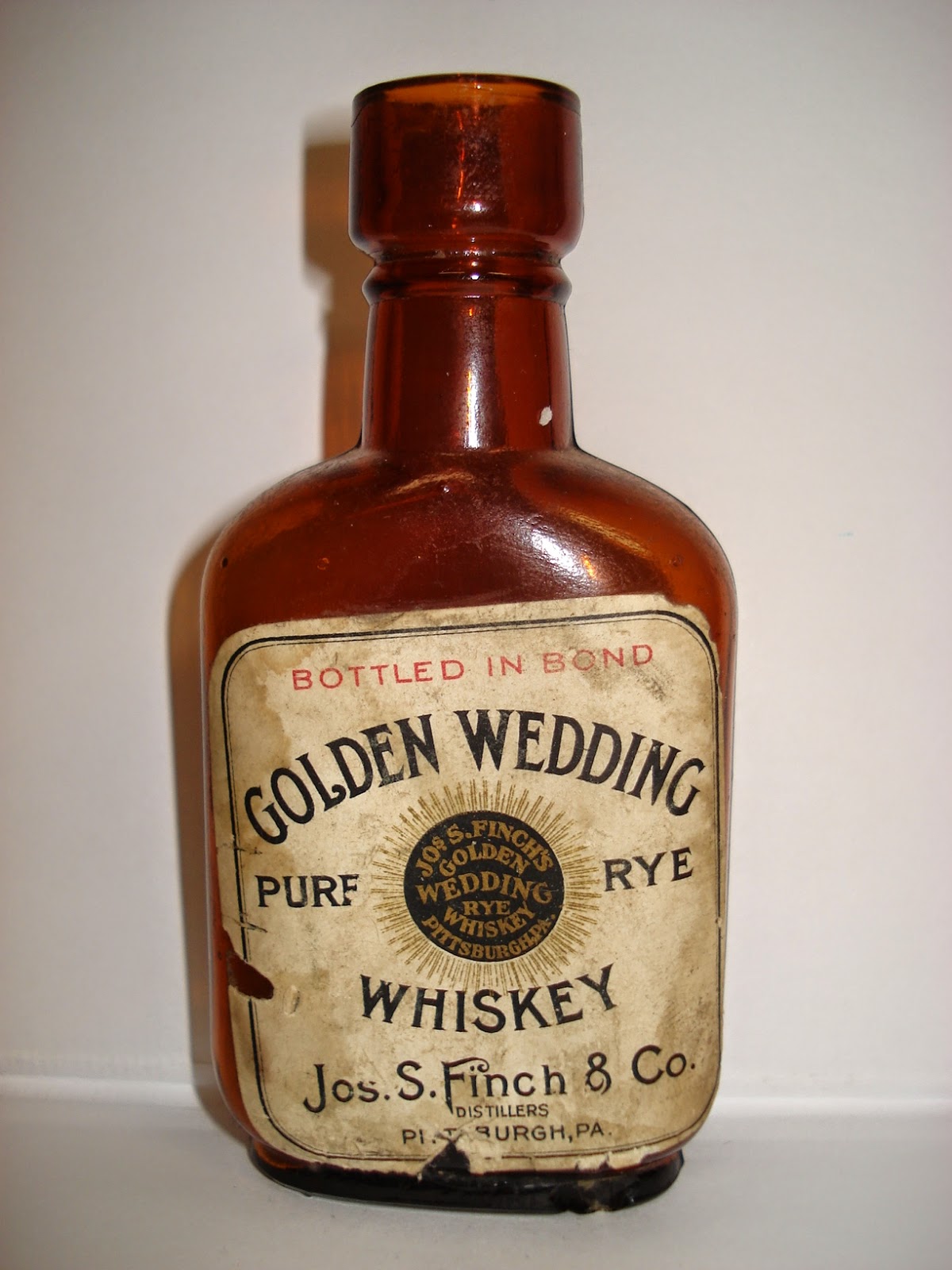 The partnership of Finch and Painter continued to prosper until 1884 when Joseph Finch, at the early age of 44, died. He was buried in Section 18, Lot 96 of Allegheny Cemetery near Pittsburgh.  Interred next to him was his wife Elizabeth who had died in 1877.  She was only 37 at her death.

Enter James G. Pontefract, a somewhat younger man who brought fresh perspectives to the company.  He had been born in 1848 to parents who were native Pennsylvanians.  With an apparent background in the whiskey trade, and later identified with the “Old Overholt” distillery, Pontefract purchased Finch’s share of the enterprise and the new partners, cognizant of the reputation for quality the brand name had attained, kept Finch’s name on the business. 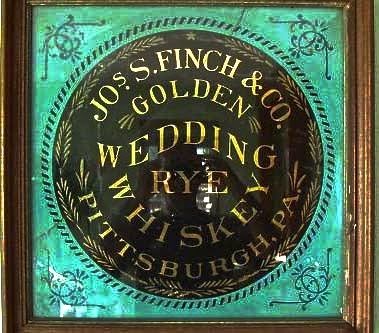 Just as the partnership of Finch and Painter had prospered, so too did Painter and Pontefract.  They continued to expand the physical plant and increased production to 1,000 bushels mashed per day and an output of whiskey averaging 4,000 gallons daily.  The storage capacity of their warehouses, both bonded and free, grew to 40,000 barrels and then to 60,000 barrels.  Said Bonfort’s liquor industry publication:  “No firm in the trade has seen more uniform prosperity or more steady growth….Though others have seen the time when customers, old and new, were hard to secure, it is undeniably true that Golden Wedding has never seen a time when a ready buyer could not be found…” 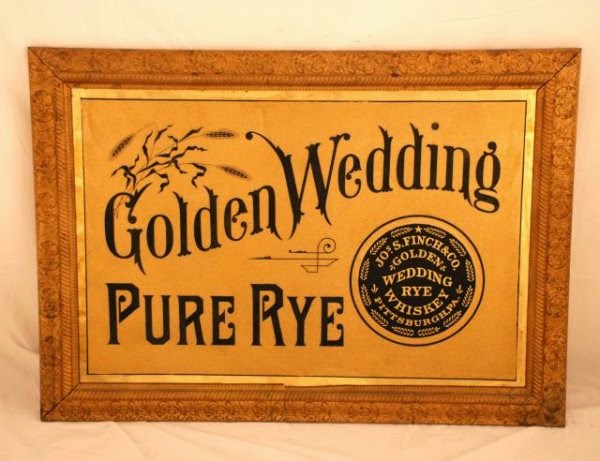 Another element boosting the success of Painter and Pontefract was the quality and quantity of their giveaway items to favored customers, particularly saloonkeepers and bartenders.  The partners became known for the “reverse glass” saloon signs that they gifted, including two shown here.  They also issued shots glasses for their Golden Wedding brand, some with gilded lettering. 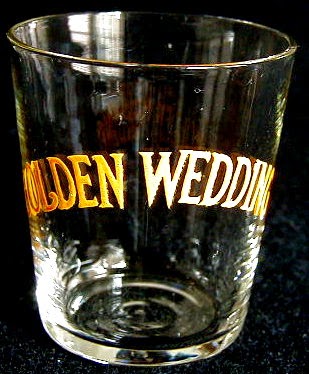 Sometime in the late 1800s, Painter retired from distillery operations. The census later found him a retired widower, living with three adult children in Pittsburgh.   The whiskey operation was purchased by Pontefract as sole owner.  Federal records indicate that during this period some reincorporation occurred.  The Finch name was retained but the distillery listed as a “new firm.” Apparently in declining health, in 1905 Pontefract leased the distillery properties, including the bonded warehouses connected with it and all trademarks and trade names to Willis S. and R.G. Johnson.  In the deal the Johnsons also obtained all the stock on hand, including 8,122 barrels of whiskey.

They soon trademarked Golden Wedding a second time under the newer and tighter patent laws.  Sometime in the 1910s the Johnsons ceased distilling.  The property was then sold to Sol Rosenbloom who in turn sold the distillery in 1920 to Lewis Rosensteil.  He was the founder of the Schenley Corporation who had acquired a number of distilleries, brand names, and a large stock of whiskey before and during National Prohibition.   With his purchase of the Finch properties, Rosensteil is reported to have obtained 500,000 gallons of Golden Wedding whiskey and a “concentration warehouse” permit from the Federal Government.  That permitted him to sell labeled Golden Wedding whiskey during Prohibition to customers with a physician’s prescription.  A “medicinal” bottle is shown here.  Able to keep the brand name before the public during the 13 “dry” years, in 1935 Schenley reintroduced the brand as a minimally-aged blend.  A post-Prohibition label is shown here, still with Finch’s name attached.  Later Golden Wedding would become a Canadian product and as late as 1987 was being sold as a low cost, low quality whiskey.

The whiskey-making complex that Joseph Finch and his partners built fared better than “Golden Wedding.”  When distilling ceased the structure became the site for a variety of other Pittsburgh enterprises.  That changed in 2014 when developers saw an opportunity in the building’s sturdy construction and desirable location.  Described by the architect of the renovation as “a tank of a building,” the former distillery has undergone renovation to become a 31,100 square foot luxury condominium with one- and two-bedroom units, many with impressive views of the Monongahela River and the Pittsburgh skyline.  The owners appropriately call the condo development “Whiskey Barrel Flats.”  Thus is memorialized in Pittsburgh a business “marriage” that survived more than 50 years to give America one of its iconic whiskey brands.  Finch, Painter and Pontefract would be proud.