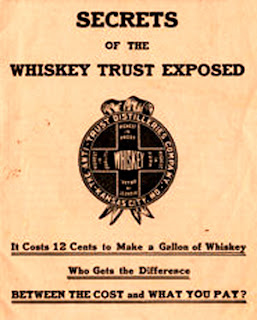 Foreword:  Founded in May 1887, the Whiskey Trust was an attempt to corner the market in U.S. whiskey production, severely limit competition, and thereby drive up prices.  Organized in Chicago as the Distilling and Cattle Feeding Company, within a year after its formation the Trust had absorbed 81 distilling companies across America and is said to have controlled 75% of total U.S. whiskey production.  This post describes briefly four whiskey men who were not among the founders of the Trust but found it advantageous, for a variety of reasons, to play along.  A subsequent post will profile whiskey men who opposed the Trust and helped bring it down. 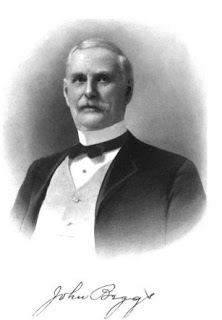 An immigrant from Northern Ireland as a child with his family,John Beggs early moved into making whiskey, operating distilleries in Ohio and Indiana before settling in Terre Haute, Indiana.  There he purchased a major interest in the Wabash Distilling Company, serving as treasurer.  Still only 50 years old, John Beggs was ready for new ventures and when the Distilling and Cattle Feeding Company was being formed, he was an eager participant, closing down one of his own distilleries and working vigorously to increase whiskey prices by shutting down other small distilleries.

As the Trust took over supervision and operation of a number of Midwest distilleries, Beggs was tapped for an executive position.  In 1894 he resigned his position with the Wabash Distilling Company and moved to Peoria, Illinois, where he became a vice president for that monopolistic enterprise.  He spent much of the remainder of his working career in its employ. 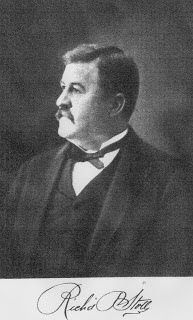 From their base in Lexington, Stoll family members at various times owned part or all of five Kentucky distilleries, bought and sold them frequently, and played cozy with the Whiskey Trust.  Their gambits in the liquor trade did not bring them lasting fame but in their own time earned them grudging respect as canny businessmen.  The eldest, born in 1851, was Richard P. Stoll, shown here, whose jutting chin and stern demeanor give some hint of his determination to succeed. 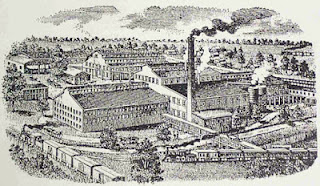 In May 1897 the assets of Kentucky’s Ashland Distillery, shown here, were assigned to Richard and his brother James S. Stoll, as receivers.  The major asset was 10,000 bottles of  quality whiskey in bond.  Two years later the distillery was sold at auction for $61,000 to a “straw bidder” for the Kentucky Distillery & Warehouse Company, a subsequent iteration of the Whiskey Trust. The cartel was now a major force in Kentucky distilling and Charles H. Stoll was the Trust’s attorney who engineered the deal.

As the Stolls' relationship with the Trust ripened they deeded another of their Kentucky distilleries to the Trust and promptly were allowed to expand production.  Returning the several favors the Stolls had bestowed on it, the Trust reciprocated in 1902 by ceding the family the Bond & Lilliard Distillery located in Anderson County.  In March 1905, once more with Trust assistance, the Stolls acquired the Belle of Nelson and the E. L. Miles distilleries, both located in New Hope, Kentucky.  With those acquisitions the Stolls now were running the largest whiskey-making operation in Kentucky.

Their new unified corporation featured James Stoll as the president and George J. Stoll III and Richard’s son, John G. Stoll, as vice presidents.  Suggesting the Stolls' continued relationship with the Whiskey Trust, the cartel’s man, Samuel Stofer, was secretary and treasurer.   That arrangement was in place only one year when James Stoll died in May, 1908.  With James’ death the Stoll liquor empire rapidly came to an end.  Stoll distilling interests were ceded in their entirety to the Trust, the organization that all along had controlled much of the family’s whiskey. 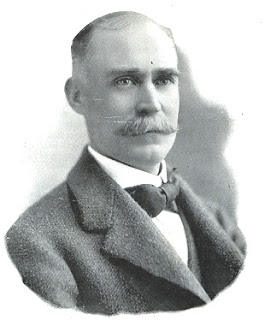 In failing health and only three years from his death, Charles Corning Clarke, seen here in his late 30s, was summoned in 1899 from his Peoria, Illinois, home to testify to an elite Washington, D.C., Commission investigating the Whiskey Trust.  He knew a lot about the organization. While not a founding member, Clarke early brought his distillery into its fold. When asked why, he replied: “I went into the first Trust because I was glamoured with the pictures that were painted of fancy profits, and also because of the intimations that, if I did not go in, the Trust would get after my customers and make life a burden to me....After some time I agreed to do it. I regretted it from the day I went in, although I secured very good profits for a long time.” 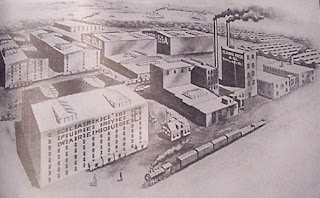 The Trust shut down the Clarke Bros. distillery, gave the Clarkes $100,000 in stock, and put Charles and his brother each on the payroll for $5,000 a year, a substantial salary in those days. When the stipend ended as the Trust fell into financial difficulties, Charles broke out of the monopoly in 1885 and began distilling again as independent operator. He continued to be harassed by Trust forces but persisted. 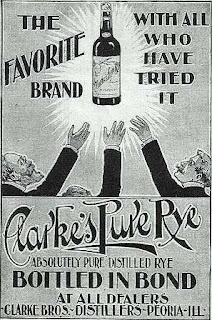 In his testimony to the Commission Clarke was cautious. He revealed nothing very new, restating only the obvious. The Trust was, Clarke testified, “bound to fall of its own weight”  because of poor management.  He argued against passing new antitrust laws. The Commission, however, did not agree and in concluding its work in 1902 recommended stronger legislation. President Theodore Roosevelt agreed, ushering in the “Trust Busting Era” in American history.

The Commission was particularly focussed on the Trust’s use of violence to get its way.   On December 11,1888, at 6:15 a.m., a tremendous explosion had rocked Chicago’s Shufeldt distillery, smashing windows for blocks around and creating panic in the neighborhood.  Someone had thrown two packages of dynamite, containing seven sticks each, onto the roof of the distillery storeroom.  There were no other clues.  But Thomas Lynch knew the culprits all too well. 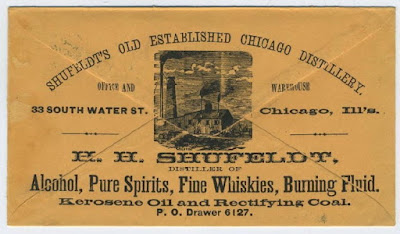 Beginning about 1871, Lynch was running the Henry H. Shufeldt distillery in Chicago and was outspoken about the Trust.  “How such an organization as the ‘Trust’ is allowed to exist, I cannot understand.  It has issued $35,000,000 of certificates and I can prove that it is not in possession of more than $4,000.000 worth of property,” he said.  A lawyer for the Trust complained that Lynch’s company was making money while the Trust was losing it by paying big salaries to former owners, carrying closed down plants in its capital accounts and shouldering other expenses.   He suggested:  “The Trust might easily put up the price of spirits but it cannot do so as long as Shufeldt holds out and it would be a mighty good thing for the Trust if Shufeldt is out of the way.”

Accordingly, in 1888 the Trust decided on concerted action against Lynch and Shufeldt.  In September a valve on a vat was found to have been tampered with to the extent that it might have caused an explosion.  Only by luck was a worker able to spot the sabotage. Three months later the distillery was dynamited. The Trust denied all knowledge of the incident.  Eventually, however, the secretary of the Trust, a man named Gibson, was arrested and indicted by Federal authorities for attempting to sabotage the Shufeldt plant.  Acquitted, Gibson resigned from the Trust and with a $290,000  “gift” from the cabal fled to Cuba and later died there. 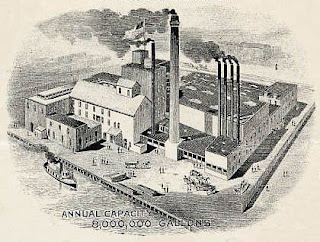 The “big bang” worked a change of attitude on Thomas Lynch.  He sold out to the Trust for a reported $1.75 million but would not admit that he was capitulating.  “Mr. Lynch insisted to the last that he was not aware he was selling out to the Trust….”  It was, nevertheless, the Trust that owned H.H. Shufeldt Co. from 1891 on. It closed down the Chicago distilling and rectifying operation, shown here, and moved its equipment to Pekin, Illinois.

Posted by Jack Sullivan at 6:13 AM