Foreword:  In the course of writing some 625 posts devoted to the distillers, liquor dealers, saloonkeepers and others from the past, I have been impressed by how often they have used the profits from their activities to the benefit of the communities, both large and small, in which they lived.  From time to time I will be highlighting those contributions, joining the stories of three or four whiskey men who exemplify this characteristic.  This post celebrates three who helped to create major cities through their personal exertions, investments and philanthropy. 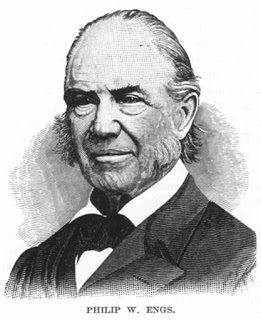 Philip Engs, whose liquor business survived more than 100 years, recognized the requirements of a burgeoning, pre-industrial New York City and answered with his time and money to fight fires, provide for public health care, educate poor children, and house the destitute.  The picture right is based on a portrait given posthumously by his family to the City of New York to honor Engs, truly a “first responder” to the needs of his fellow New Yorkers.

Born into a merchant family in Newport, Rhode Island, in 1789 , Engs arrived in New York City as a young man, showing his civic spirit by immediately becoming a volunteer firefighter.  Within a few years he established his own wholesale liquor trade that from the start was highly successful and profitable.  Meanwhile the population of New York City had grown to 122,000 with virtually no social services for the poor.  With increasing wealth and influence, in December 1817 Engs was among what he called “a number of philanthropic gentlemen” who met on the problem.  Out of those discussions came several initiatives including creation of an alms house to provide shelter for the indigent, a medical dispensary, and free public schools.  Philip Engs would play a pivotal role in each of those efforts. 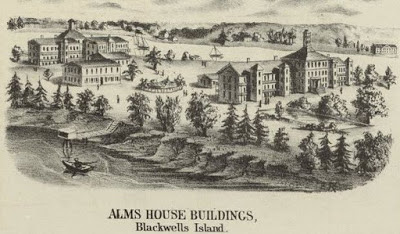 In 1934, after serving at two terms as an elected “assistant alderman” in New York’s 14th Ward, Engs was named one of five Commissioners of the Alms House.  The commissioners supervised those sanctuaries and brought general relief services to poor people living outside them.  The commissioners also had responsibilities for indigent medical care and those duties may have propelled Engs into still another civic effort.

The Northern Dispensary, shown here still standing, was erected in Greenwich Village just off Christopher Street in 1831 for the purpose of providing medical and hospital care for the poor.  The dispensary was designed to serve the 40,000 people living between Spring and 21st Streets and from Broadway to the Hudson River.  A dispensary annual report of 1832 listed 3,296 patients, many treated right in their own homes.  In 1834, Engs was named Commissioner of Supplies for the dispensary, responsible for providing it with necessary medicines and other materiel. 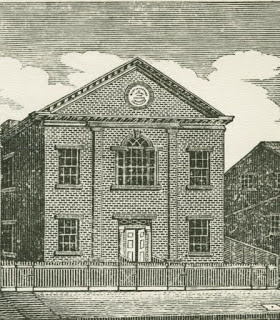 That same year Engs was named one of the Commissioners for Common Schools.  Those were neighborhood schools for the children of families not able to pay for a private eduction. Engs also recognized the need for professionalized fire services in New York.  Accordingly he became a driving force behind a paid fire department, as one observer ironically put it, “sweeping away the romantic past.”  It was established by the New York Legislature in 1865.  As New York grew to the metropolis of today, Philip Engs, while continuing to operate his liquor house, had played a pivotal role at a critical point in the city’s history.

Born in County Sligo, Ireland, the five Casey brothers — Lawrence, Timothy, Andrew, Patrick and James — had arrived sequentially from Ireland, but with the financial push given to them by their liquor business, together they played an important role in the commercial development of Scranton, Pennsylvania.

The first to arrive about 1870 were Lawrence and Timothy who after a brief period working for others in the liquor trade struck out on their own and found almost immediate success, eventually occupying a four story building in downtown Scranton.  They soon were joined by their three younger siblings from Ireland, all of them in various ways involved with Casey Brothers Wholesale and Retail Liquors.  Still very young, Lawrence and Timothy died in the mid-1880s, leaving their brothers Andrew and Patrick Casey to pilot the firm.

Their interests expanded considerably beyond the liquor trade.  In addition to being involved in the management of Casey Brothers,  Andrew was treasurer and Patrick secretary of the Casey & Kelly Brewing Company,  a brewery that they founded.   Andrew  was a member of the Scranton Board of Trade and a director of the Merchants and Mechanics Bank.  Patrick helped finance start-up of the Scranton Traction Company,  Consumers’ Ice Company and  Scranton Illuminating, Heat, and Power Company.   The brothers also had substantial real estate holdings in Scranton and on one prime site downtown determined to erect a hotel. 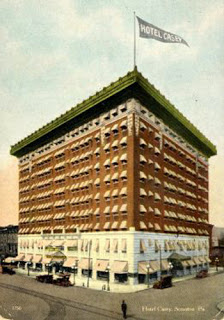 Opening in  January 1911, the eleven story Casey Grand boasted 250 rooms and was the largest hotel in northwestern Pennsylvania.  Citing its modernity and luxurious decor, one Scranton newspaper noted:  “The Hotel Casey stands today completed, an imposing monument to the courage of two men, Andrew J. and Patrick J. Casey, who, with their own resources reared at the corner of Lackawanna and Adams avenue, one of the most magnificent hotels in the country.”

Thomas B. Hall, was a highly successful Sacramento grocer and whiskey dealer, whose civic accomplishments included helping frame the city charter,  playing a pivotal role in settling large tracts of California land with colonist farmers, and serving as a commander of a unit of state militia.  Hall’s accomplished life, however, came close to ending before it began when a ship carrying him, a newborn, and his parents wrecked off Santa Barbara in 1854, with considerable loss of life. Fortunately for Sacramento, Hall’s family was among those saved. 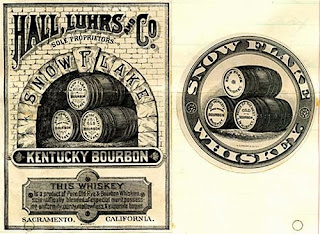 While still in his teens, Thomas chose the grocery business and by the age of 23 owned his own store.   Although Hall sold whiskey in his grocery, in 1882 he and a partner bought out an existing liquor dealership and made whiskey a major element in the business.   Hall used the brand names, “Derby Brand,”  Double Stamp,” “Old Log Cabin,” “Pride of the West.”  His flagship was “Snow Flake Whiskey.”   Profits allowed Hall to move the company into a more spacious and elegant building, built to his own design. 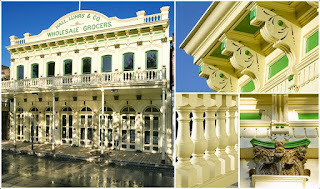 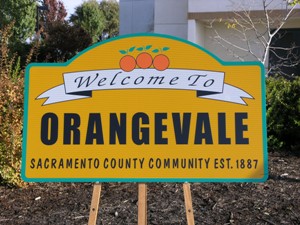 Now owning the largest wholesale grocery and liquor house in Sacramento, Hall turned his attention to other interests.  He was one of the organizers of the Mount Shasta Mineral Springs Company of Siskiyou County and a founder of the Orangevale Colonization Project, a venture that settled large tracts of California agricultural land with farm families.  Hall frequently was tapped for public service, serving as a framer of the city charter and on Sacramento committees dealing with public works and business development.

Hall also promoted local sports.  In 1889 the entrepreneur sponsored Snowflake Park in Sacramento, named after the firm’s flagship whiskey brand.  The park was the city’s primary baseball venue for at least a decade.  Hall also served as the captain of a California militia unit that he helped organize.

Although the advent of National Prohibition caused Hall to shut down his liquor sales,  profits from the grocery business continued to fuel his enterprises and earned Thomas Hall numerous accolades for his life of community service — a life that almost ended before it began.

Posted by Jack Sullivan at 6:01 AM