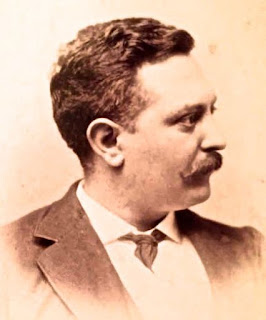 When Charles A. Mangold, shown right, died in 1934, the Dallas Morning News devoted part of its front page to his passing.  Among tributes, he was hailed as “one of the leaders in developing Dallas from a small village to a major city” subsequent to his arrival in town 47 years earlier.  Mangold’s contributions to Dallas included land development, promotion of the arts, an amusement park, two hotels, horse racing, quality livestock and assorted other enterprises.  The cash behind many of these endeavors was provided by Mangold’s highly successful Dallas liquor house.

Mangold came by his career as a “whiskey man” as a heritage.  His father, Adam Mangold, a refugee from Prussian oppression in Germany,  had settled in Cincinnati in 1845, opening a wholesale grocery and liquor business. Charles was born there in 1860.  Shortly after his birth, the patriotic Adam marched away, having enlisted in the Union Army at the outbreak the Civil War.  When it ended he returned to Cincinnati and resumed his grocery and liquor trade. 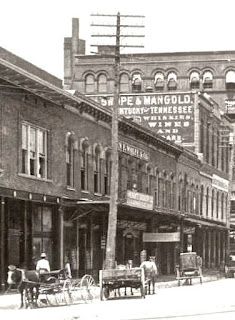 As he matured Charles went to work for his father and soon discovered he preferred the liquor end of the business.  That impelled a move to Lexington, Kentucky, where he was employed at a local distillery until 1887 when he moved to Dallas, population then only about 35,000.  He coaxed a boyhood friend, Joseph Swope, to join him and together they formed the firm of Swope & Mangold, dealers in fine wines, liquors and cigars. Shown here, their headquarters were in a three-story building on Main Street, marked by a large sign. 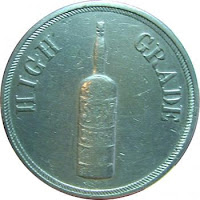 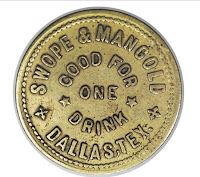 Almost from the beginning, the liquor house was successful.  Dallas was growing rapidly and a thirsty workforce wanted strong drink.  An account of the city in the 1890’s said that Dallas had, “a nice lemonade stand, an ice cream parlor, and three hundred saloons.”  Two of them, both apparently called the Dallas Club, were owned by Swope & Mangold.  To other saloons the partners sold their proprietary brands, including S&W High Grade, a blend that they likely were mixing up on their premises.  Moreover, Mangold was traveling the entire State of Texas seeking customers and gaining friends. 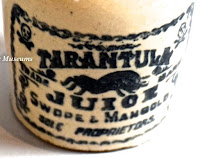 Among Swope & Mangold’s most inventive labels was the whiskey they called Tarantula Juice.  It featured a heavy black label featuring skull and cross-bones and the large black image of a tarantula, large and often hairy arachnids belonging to the “Theraphosidae” family of spiders.  While the image was not the most enticing around, the name probably captured an audience from Dallas’ drinking population. 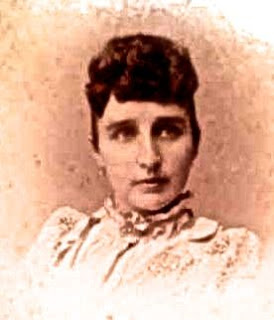 Meanwhile, now being well established in the liquor trade, Charles was having a personal life.   At the age of 39, he married Anna Honeck, shown here.  She was from Herman, Missouri, the daughter of a Henry Honeck, a German immigrant and blacksmith. Anna had moved to Dallas in 1888 where she met Mangold.  She was ten years younger than her mate but was said to have good business sense and leadership skills, providing a true partner for her husband in his endeavors.  The couple would have four children, Lawrence W., Irma M., Olga A. and Charles Jr., known as Carl.  Married and with his business on solid ground, Mangold began exerting seemingly endless energy into making his presence felt in Dallas. Following are his areas of accomplishment:

Land development:  When Mangold died, one newspaper proclaimed him as the “Man Who Visioned Oak Cliff.”  Mangold was one of the first men to dream of “a city west of the river" when Dallas was only a straggling village and Oak Cliff was a wilderness of rocks and trees.  Along with other pioneers he helped lay out the first streets and constructing the first group of homes in Oak Cliff.  Mangold also led the effort to construct the Houston Street viaduct over the Trinity River to keep Dallas and Oak Cliff connected during floods. Today Oak Cliff is a neighborhood annexed by Dallas in 1901.  A founder of the Dallas park system, Mangold was appointed to the first city park board created in 1904.

The Arts:  Mangold was involved in the Dallas Opera, the Oak Cliff Little Theatre, and a German singing organization known as a Sangerfest.  He is said to have made it possible for several well-known musical artists to visit the city.  They included, according to reports, “…The first famous singer to be heard in this city, Marie Decca, as well as the great orchestra conducted by Michael Brand….In 1904…another great artist was seen by the people of Dallas, Mme Sembrich, as a result of his efforts.” 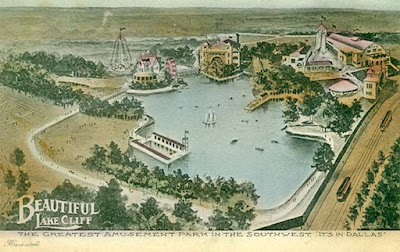 Amusements:  The whiskey man was the founder and manager of Lake Cliff Park, a well known summer amusement park on the outskirts of Dallas.  Shown here, the park was clustered around a large lagoon offering bathing, boating, carnival rides, 10,000 lights, fireworks displays nightly and other attractions that made Lake Cliff for a time the most prestigious amusement area in the American Southwest.  The park also featured a casino owned by Mangold.

Horse Racing:  As the owner of a nationally famous pacing horse named “Pentland,”  Mangold was deeply embedded in the race scene in Texas. For several years he  was the vice-president and director in charge of the racing department of the Dallas State Fair.  In 1905 the president of the State Fair told newspapermen that “to Mr. Mangold is due the entire credit,” for the suc­cess of the race meeting that was the “cleanest and best conducted ever held in the South.”  Mangold also was one of the organizers of the Texas Thoroughbred Association in 1904 to encourage the breeding of quality horses.

Ranching and Farming:  Some of Mangold’s energies were directed at the “wide open spaces” around Dallas.  He became the owner of the well-known Sam Lazarus Ranch, covering parts of two Texas counties.  He also owned a stock farm at Hutchins, Dallas County, where he raised quality livestock, specializing a fine breed of Angora goats. 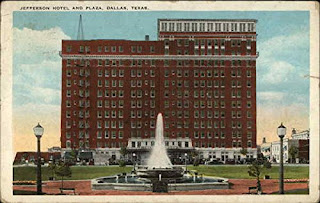 Hotels:   Many in Dallas remember Mangold for building hotels.  Opened in October 1917, the  Hotel Jefferson stood across from the newly opened Dallas Union Station.  State of the art for its time, the hotel featured one floor for “the exclusive use of women unattended, no men were quartered on that floor.” Perhaps there the fine hand of wife Anna can be detected. 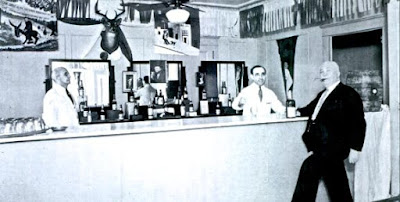 The photo shown above is of a 50-ish Charles Mangold cradling a bottle of whiskey at the ground floor bar of the Jefferson.  Nine years later Mangold would erect a second major hotel, the Cliff Towers Hotel, overlooking the Trinity River, shown below on a postcard view. 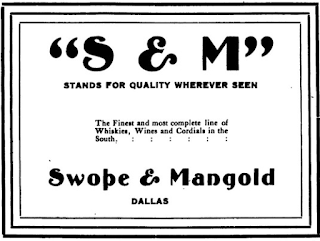 Miscellaneous Activities:  In addition to banking interests Mangold ran a laundry business called the American Laundry Company.  He was an organizer of the North Texas Press, the leading German publication of the region.  He also was responsible for bringing the first national convention to Dallas, that of the Elks fraternal organization, and for staging the delegates’ entertainment.  Throughout he was running his liquor establishment until shut by prohibition. 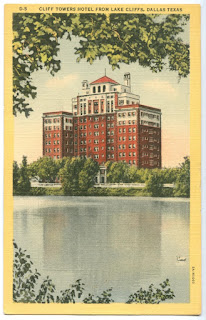 In his latter years, Charles suffered from diabetes, dying in August 1934 in his and Anna’s apartments in the Jefferson Hotel.  He had been seriously ill for about two months.  Mangold’s funeral services were held at the Dallas Elk’s Lodge and his burial at the Hillcrest Mausoleum at the Sparkman Hillcrest Memorial Park in Dallas.  One newspaper obituary opined:  The city of Dallas owes a great deal of its present greatness to the dreams, the work and the money of Mr. Mangold.”Another account acknowledged that his financial means had been generated by years of hard work and intelligent management in the liquor trade.

After her husband’s death Anna Mangold stepped into run his businesses.  She maintained holdings in numerous hotels, laundries, and banks, as well as extensive ranch and oil properties.  Anna died in Dallas on September 1, 1947, and joined Charles at his mausoleum resting place.

Notes:  There are several important references for this post.  Among them are the “Biographical Note” that Dallas/Texas History & Archives of the Dallas Public Library exhibits on its website related to the gift of documents by Mangold’s son, Carl, to its repository;  a Mangold biography in the volume “Greater Dallas & Vicinity” by Philip Lindsley & L.B. Hill, dated 1909; an article entitled “Courtesy Dallas Yesterday” by Sam H. Acheson, and Mangold’s obituary in the Dallas Morning News of August 27, 1834.