George Shawhan: A Giant in Distilling 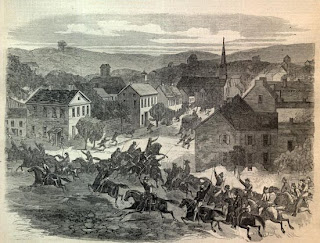 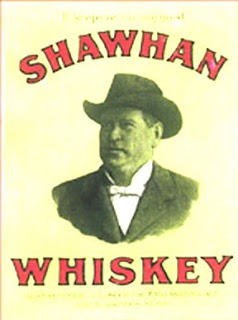 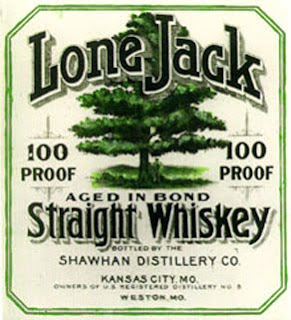 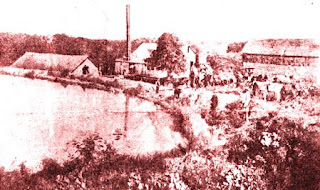 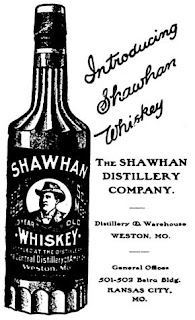 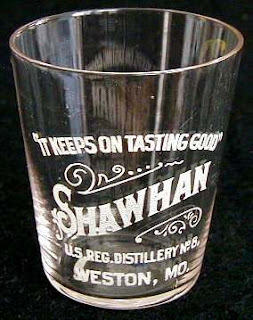 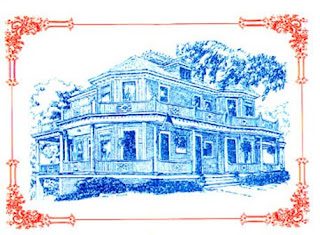 In late July, 1863, Confederate General John Hunt Morgan brought the Civil War north to Indiana and Ohio. Morgan and his men on horseback pillaged and terrorized dozens of hamlets and towns, moving east from Indiana. A contemporary lithograph from Harper’s Magazine depicted the attack by Morgan’s Raiders on Washington Court House, Ohio. With them was a young giant with prodigious strength named George Shawhan.

Born in 1843, Shawhan joined the Confederate army in Kentucky in 1862 at the age of 19. He stood six feet five inches tall and weighed 250 pounds. This was at a time when average American males stood 5 feet, 8 inches, and weighed 150 pounds. With most of Morgan’s troop, Shawhan was captured trying to cross the Ohio River into West Virginia in August 1863. He was sent to Camp Douglas on the outskirts of Chicago, a prison facility known in the South as “Eight Acres of Hell.” Of the 12,000 Confederate soldiers held there, more than 4,500 died. Shawhan was a survivor.

After the war, George returned to Kentucky, got married, tried farming and quickly decided that making whiskey was a better way of life. It was an easy choice since his family had been involved in distilling for three generations. Unlike his forebears, however, George Shawhan moved out of Kentucky. In 1872 he transplanted his family and mother to a town in Missouri called Lone Jack.

It was named for a large black jack tree that stood near the intersection of the Missouri and Osage Rivers. A Shawhan whiskey label later memorialized the tree. The scene of a bloody Civil War battle, Lone Jack was noted for its good water and fertile soil. Shawhan bought a farm and within a year completed his first distillery, shown here in an artist’s rendering. Initially it had a capacity of producing two barrels of whiskey a day, each holding 42 gallons.

In Lone Jack Shawhan’s strength became legendary. He was said to raise a 400 pound barrel of whiskey, hold it by the rim, and drink from the bung hole. On one occasion, the story goes, the tailgate of his wagon holding full whiskey barrels opened, spilling the cargo onto the street. Working alone, Shawhan corralled the big kegs and heaved them back onto the wagon. In the process he dislocated his shoulder and needed the help of two friends to force it back into place. A grandson later said of him: "Grandpa was a person that always watched his temper, but he was a very powerful man.”

The Shawhan enterprises grew steadily. He built three large barns where tobacco grown around Lone Jack was dried, graded and made into plugs, cigars, and loose for rolling into cigarettes. He also opened a saloon in Kansas City. In January 1900 disaster struck. Around midnight, the distillery caught fire and burned to the ground. George’s warehouses were spared. They held 800 barrels of whiskey at the time and provided a valuable financial resource. This time the giant distiller decided against rebuilding.

Instead he moved to Weston, Missouri, and bought a distillery there. It was located near a pure limestone spring and the quality of the water caused Shawhan to enthuse that with his whiskey formula he could “beat those Bourbon County fellows all hollow.” He also was withdrawing whiskey from his Lone Jack warehouses and bottling it under the Shawhan Whiskey label.

About this time he expanded his brands to include "1786 Shawhan Rye", "Double Stamp", "Four Generation", "Lone Jack", "Old Holladay Rye", "Old Stamping Ground", "Selected Stock", "Shawhan", "Shawhan White Corn", and "Stone River." Among Shawhan’s merchandising efforts were a series of shot glasses and other giveaways to important customers.
Throughout the late 1890s and early 1900s as his whiskey business continued to grow, Shawhan built a Victorian mansion in downtown Weston for his family, shown here. It is considered a classic example of “steamboat architecture” and survives today as a bed and breakfast.

In 1908 Shawhan sold his Weston distillery and the brand name to the Singer family who operated the distillery until Prohibition. Shawhan continued to be involved in the whiskey business until his death in 1912 at the age of 69. He is buried near Kansas City in Lee’s Summit Cemetery.
His name was perpetuated by the Singers and their successors on their whiskey labels for years.
Posted by Jack Sullivan at 1:03 PM