Pfeiffer Bros. of Louisville: Spirits Were in the Family 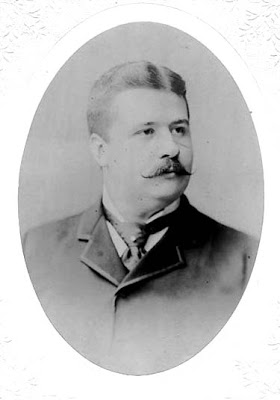 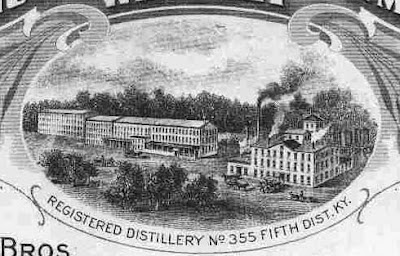 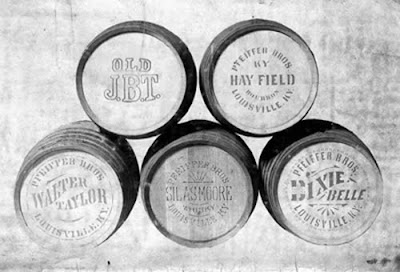 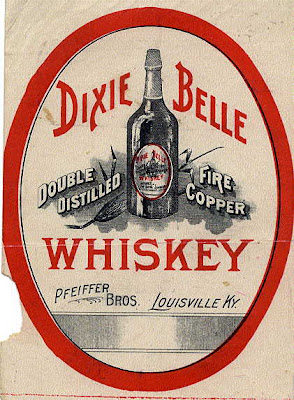 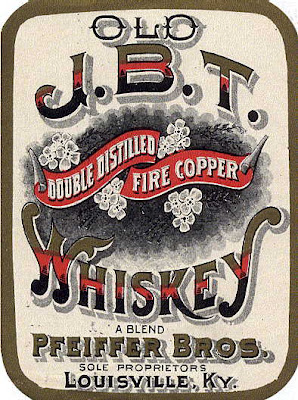 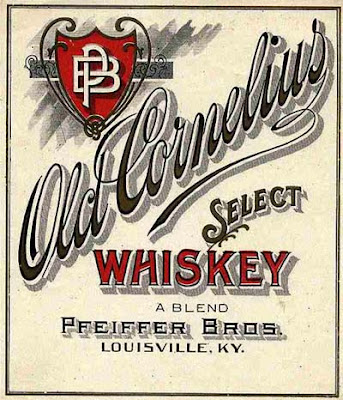 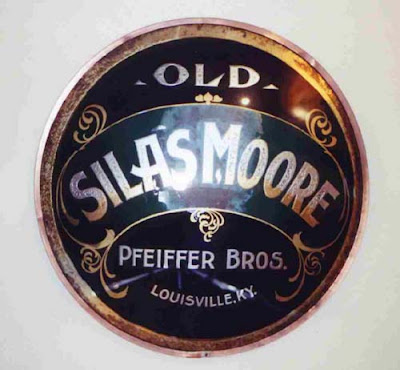 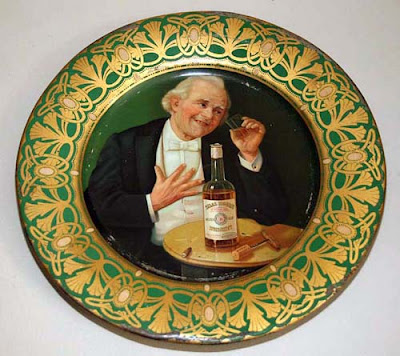 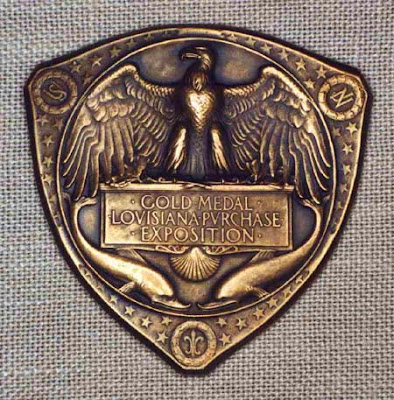 When Edward T. and Cornelius (Cal) J. Pfeiffer, the latter shown here, set up their liquor organization in Louisville Kentucky in 1902, they were doing what came naturally: Members of the Pfeiffer family had been involved with spirits of one type or another since 1867. That was the year their father, Martin, and his brother purchased the Green Street Lager Brewery. Martin followed it up a decade later by opening a saloon in that city.

By 1886, Ed (age 23) and Cal (only 15) were listed as bartenders at the Martin Pfeiffer Saloon. From there the brothers’ careers diverged for a time. Cal went to work for a wholesale whiskey dealer named J. Simons & Co. After several years of experience as a salesman, he and Ed founded Pfeiffer Bros. in 1896 as a new whiskey operation in the Louisville hotbed of distillers, rectifiers, and dealers. At first they ran their business from their home at 903 E. Jefferson St. where they still lived with their sister.

Once their liquor firm was underway they opened an downtown office at 733 E. Broadway and then at 128 Second St. With success came the need for further expansion; Pfeiffer Bros. in 1902 moved to 226 W. Main, one block down from Louisville’s famed “Whiskey Row.” Although their letterhead proclaims them as distillers, they were almost certainly “rectifiers,” an outfit that blended whiskey from various distilleries, bottled it, slapped on a label, and sold it to saloons and the public. Among Pfeiffer Bros. brands were "Dixie Belle", "Hayfield", "Lou Dale", "Noxall", "Old Cornelius", "Old J.B.T.", "Silas Moore", and "Tom Hudson."
.
Besides their own brands the brothers also sold other whiskeys and offered port wine, sherry, cognac, and peppermint, blackberry and apricot brandies. Ed ran the day to day operation while Cal roved through Kentucky and other states making sales. As proof of the rough and tumble times that still existed in the West, Cal was said always to have carried two pistols during his travels.

Despite their busy lives, the brothers found time to marry. The 1900 census found Edward with wife Johanna, whom he had wed in 1893, and three small children at home. He gave his occupation as liquor dealer. Cal was married in 1895 to his wife, Katie. The census records him with a boy and girl at home.

Amid strong competition, the brothers did well, drawing product from, among others, the Tom Moore Distillery at Bardstown, and depicting that distillery as their own on their letterhead. They also provided their labels with attractive, tasteful designs. For featured brands like Silas Moore the brothers also gave away saloon mirrors and tip trays. One tray, produced by Vienna Art Plates on a 1905 patent, featured a man sitting at a table with a whiskey bottle. The label could be changed by the Pfeiffers to any one of four of of their brands.

In 1904, the Pfeiffer Brothers exhibited at the St. Louis World’s Fair and Louisiana Purchase Exposition as part of a Kentucky contingent. They were awarded a gold medal for their Old J.B.T. blended whiskey by the Fair’s Department of Agriculture. The medal, shown here, became a source of great pride and an additional marketing tool. It was perhaps no coincidence that Tom Moore, a close associate of the Pfeiffers, was one of the jurors. It may even have been his whiskey.

A subsequent address change for Pfeiffer Bros. occurred in 1909 when they moved a few doors down Main Street to #216 where the business continued to flourish. In 1918, at the relatively young age of 55, Edward died. Afterward the company, apparently with Cal in charge, made a last move to Suite 903 in the Liberty Building. With the advent of Prohibition in 1920 Pfeiffer Bros. closed down forever. At that point Cal would have been 49 years old. He no doubt went on to other pursuits.

But not even the ensuing “dry” 14 years could bring a end to the Pfeiffer family involvement with alcoholic beverages. After Repeal Cal’s son spent most of his life working in the whiskey trade. The following generation dabbled in whiskey merchandising and also made cordials and wine. A fifth generation, still in business, operates a winery in Lanesville, Kentucky. That makes five generation of Pfeiffers who have traded in spirits.

Note: Most of the information and images for this post have been derived from the Pfeiffer-Schwartzel Family website. That site recounts in detail the whiskey operations but provides sparse personal details about the brothers themselves. Those items have come from census data.
Posted by Jack Sullivan at 12:09 PM