Did Hop Lee Show Jack Daniels How to Make Whiskey? 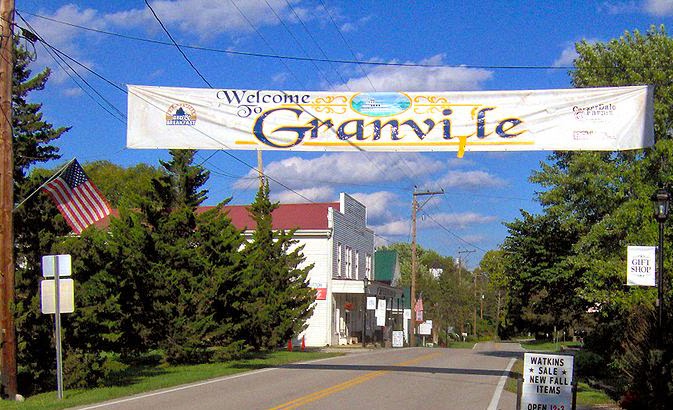 Granville,  an unincorporated community in Putnam County,  Tennessee, offers little to suggest a visit.  Its welcome sign is in clear need of repair.  No reason to stop in town except the lure of its local history museum, the building shown here at left.  Among the exhibits stands a mannequin wearing a coat, tie, and straw hat posed between two metal containers meant to resemble a distillery.  The set also contains a canning jar in which to store “white lightening.”  A flyer tacked behind the diorama identifies the figure as “Hop Lee.”  It makes the claim that Lee was the man who taught the Jack Daniels distillery how to make whiskey. 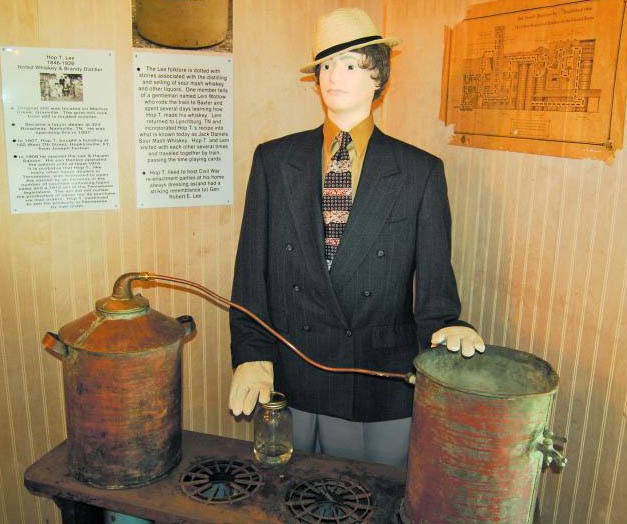 Hop Lee?  Who the hell was Hop Lee?  You can search the Jack Daniels Tennessee Whiskey sites at length and never find a mention of his name.  Nevertheless, Lee was a Tennessee native and worthy of attention for his accomplishments as a whiskey man.  What he may or may not have done for the Daniels folks is almost extraneous to his story. 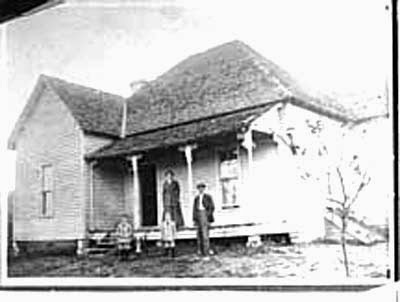 Lee was born Hopkins Turney Lee in November 1846 in Putnam County, Tennessee, and grew up in a house that his father, John Milton Lee, had built in the mid-1800s adjacent to Martin’s Creek Road west of Cookeville, the county seat.   John Lee was a native Tennessean who about the age of 25 in 1829 married a woman five years his junior named Sara, also a native Tennessean.  They had eight children of whom Hop was the seventh.

The youngster knew tragedy early in life . When he was only nine years old his father was murdered, possibly right in front of his eyes.  John Lee’s slaying occurred in 1864 during the Civil War.  Tennessee had been a major battleground in Western regions of the conflict, with Putman County a conflicted area.  As Union and Confederate forces contended over the Tennessee countryside,  lawlessness grew and bands of “home guards,” actually little more than bandits, roamed the hills.  When a gang descended on John Lee and his family demanding money,  the father refused to give it to them and was killed.  That left Sarah to raise several minor children, including Hop. 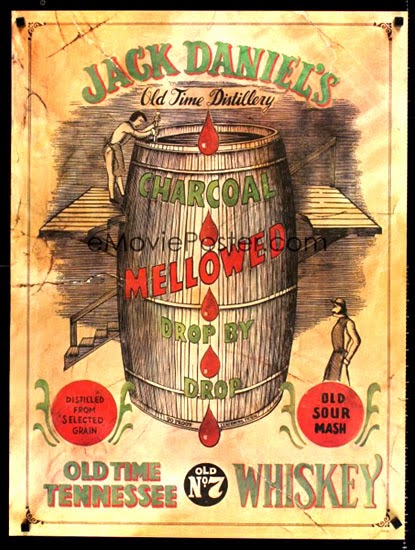 For the next few years the record is scanty about Hop Lee.  According to the Granville Museum display, at some point he moved to that locality where he set about making whiskey.   His having been part of the Jack Daniels operation may be apocryphal, however, since that distillery incorporated at Lynchburg, Tennessee, in 1866 when Hop still would have been a youngster.  There is no question that later he became thoroughly familiar with distilling and it is possible he was hired for a time at Jack Daniels and trained workers such as those whimsically shown here on a saloon sign.

About the age of 25 Hop Lee got married.  His bride was Sarah Jane, also a native of Tennessee.  They had five children over their wedded life, all born in Tennessee.  Hop appears to have engaged in several enterprises, not all successful.  In 1897 in an open letter to a local newspaper in Paris, Tennessee,  more than 100 miles from Putnam County, he announced that because of “dull business” after six years in the retail trade in Paris he was selling out at below cost and urged the citizenry to come and buy something.  “...I am sorry to leave, but I can’t make a living here and I am compelled to move away.” 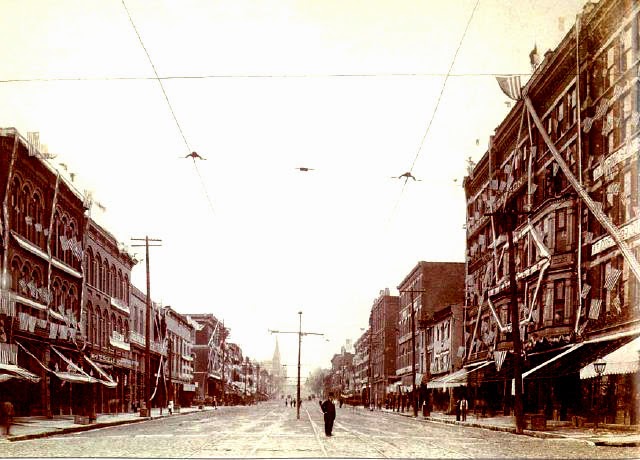 His plea about not making a living may have been somewhat disingenuous.  Three years later the U.S. Census found him living with his wife and two minor children in Putnam County.  Two servants were in the household. He gave his occupation as “farmer” but he clearly was heavily involved in the 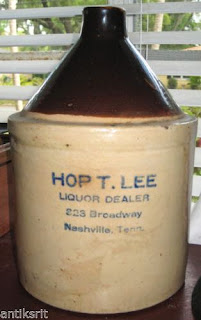 whiskey trade with a retail outlet in Nashville.  His store was located on 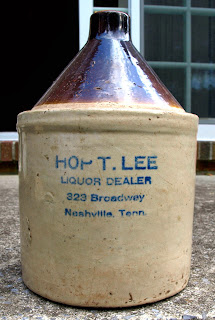 Broadway, a principal commercial avenue shown here in the late 1880s. Lee was a whiskey wholesaler selling his product in ceramic jugs of several sizes.  He also sold at retail and featured proprietary brands such as “Hop’s White Corn,” merchandised as “Wild Cat Kind.”  That was the slogan affixed to a giveaway mini jug he passed along to favored customers.  Shown here, it  featured the name he had given his facilities -- “Hoptown.”

Tennessee passed a statewide prohibition law in 1910, effectively barring the legal distillation of whiskey within the state. The Jack

Daniels Co. challenged the law, obviously with Hop Lee’s concurrence, in a test case that eventually worked its way up to the Tennessee Supreme Court. When the court upheld the law as constitutional it meant the end of both Jack Daniels’ and Hop Lee’s liquor businesses.  By this time, however, Hop had made the most of his years in the whiskey trade and was deemed a wealthy man.  In 1907 he became a director of a new Putnam County financial institution, the Baxter Bank & Trust Company, with deposits of $272,000 in today’s dollar.

The 1920 census found Hop, now 64 years old, living on his farm, a widower, because Sarah Jane had died several years earlier.   Living with him was his son, Benton, Benton’s wife, and two grandchildren.  One of them was named Hop T.

Lee Jr.  The family had a live-in cook.  Once again Hop gave his occupation as “farmer.”  He died six years later in Putnam County and was buried in cemetery just a stone’s throw from the home he had known as a youth.  According to the family,  Hop Lee as “the most prosperous resident” of the graveyard was accorded the largest tombstone, shown here, and the cemetery officially became known as the Hop T. Lee Cemetery. 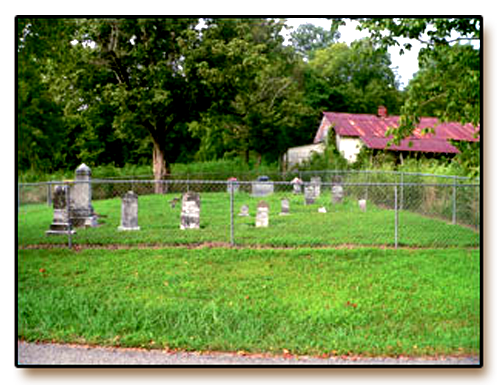 In 1946 the house Hop’s father had built a century earlier burned. It was rebuilt but then abandoned and the family cemetery was allowed to fall into disrepair.  In the 1990s descendants were wading through the weeds surrounding the derelict structure when one stumbled over a headstone.  They determined to put the cemetery back in working order and since 1998 it has been restored.  Hop Lee’s headstone can be seen at left. 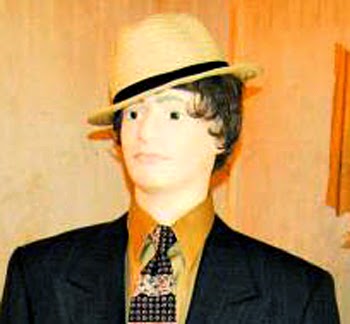 So far this post has not addressed the issue posed in the title.  Well, perhaps Hop Lee did not teach the Jack Daniels folks how to make whiskey.  There is no corroborating evidence for the claims of the Granville Museum.  Lee has been accorded at least two honors, however, that many other whiskey men have failed to achieve.  First, he has a mannequin of himself and a museum display about his distillery.  Second, he has a Tennessee cemetery named for him.  Considering those memorials who needs Jack Daniels?