Henry L. Griesedieck: A Whiskey Man in a Beer Family 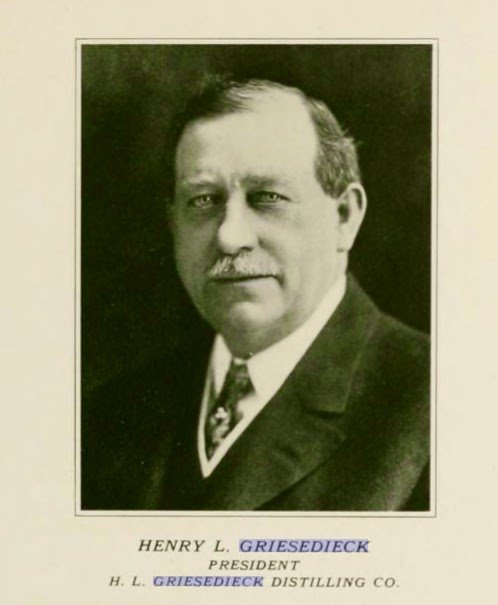 The family website begins this way:  “The Griesedieck name has seen quite a bit of action throughout brewing history.”  True enough but one Griesedieck, Henry L., shown here, made his name and fortune initially not in the beer trade but as a major St. Louis, Missouri, liquor dealer.  This Griesedieck  gave the world “Old Scenter Rye” and a plethora of advertising items by which to remember him.

The family legacy began in 1766 in the German town of Oelde Stromberg, Westphalia.  The progenitor was Johan Heinrich Griesedieck who was a brewer.  Just over a hundred years later, about 1870, Johan’s great grandsons brought the knowledge of making good beer to America.  Their names were Anton, Franz and Heinrich.  They settled in St. Louis, whose population was heavily of German origin.  The Griesediecks in succeeding generations eventually would operate multiple breweries and their beer became famous throughout the Midwest.

Henry Griesedieck went a different direction.  He was the son of Franz, born in 1858 in Stromberg, who arrived in the United States in 1873 at the age of 15, according to census records, and went to work for his Uncle Anton in one of the family owned breweries.  After a few years in this employment, Henry determined to strike out on his own.  The nephew may have been propelled by the knowledge that Anton had four sons of his own who were likely to inherit the St. Louis beer empire.  He might also have been motivated by having a wife and family to support.  At the age of 27 in 1885 Henry had married a 19-year old named Anna and within a year a daughter, Frances, had been born.  In 1904 a son followed; they name him Henry L., Junior.

Whatever his motivation, by 1891, at age 33, Henry had opened his own wholesale liquor establishment calling it H.L. Griesedieck & Co. It was located at 713-715 North Sixth Street in St. Louis — the address for all its business life.  The success of this enterprise may be judged by the fact that within three years Griesedieck had opened a second liquor store at 19 South Six Street. 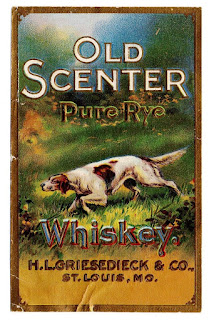 Henry almost certainly was also rectifying whiskey, that is, blending and compounding raw product drawn from area distilleries, and merchandising it in his own bottles and labels.  Shown here is an ad in which his firm is termed “controllers” of “Old Scenter” Rye and “Sweet Briar” Bourbon.  This signals the proprietary (i.e.,we make it on premises) nature of Griesedieck’s whiskey.  His other brands included “Big Lou,” “Drum Major,” “Moreland Club,” “Silver Brook,” “Special Hermitage,” “Warbler,” and “Wishbone.”  “Bedford” was the house gin.  Henry bothered to trademark only four whiskey brands, according to U.S. Patent Office records: Moreland Club in 1905, Scenter in 1906, Warbler in 1911 and Drum Major in 1913. 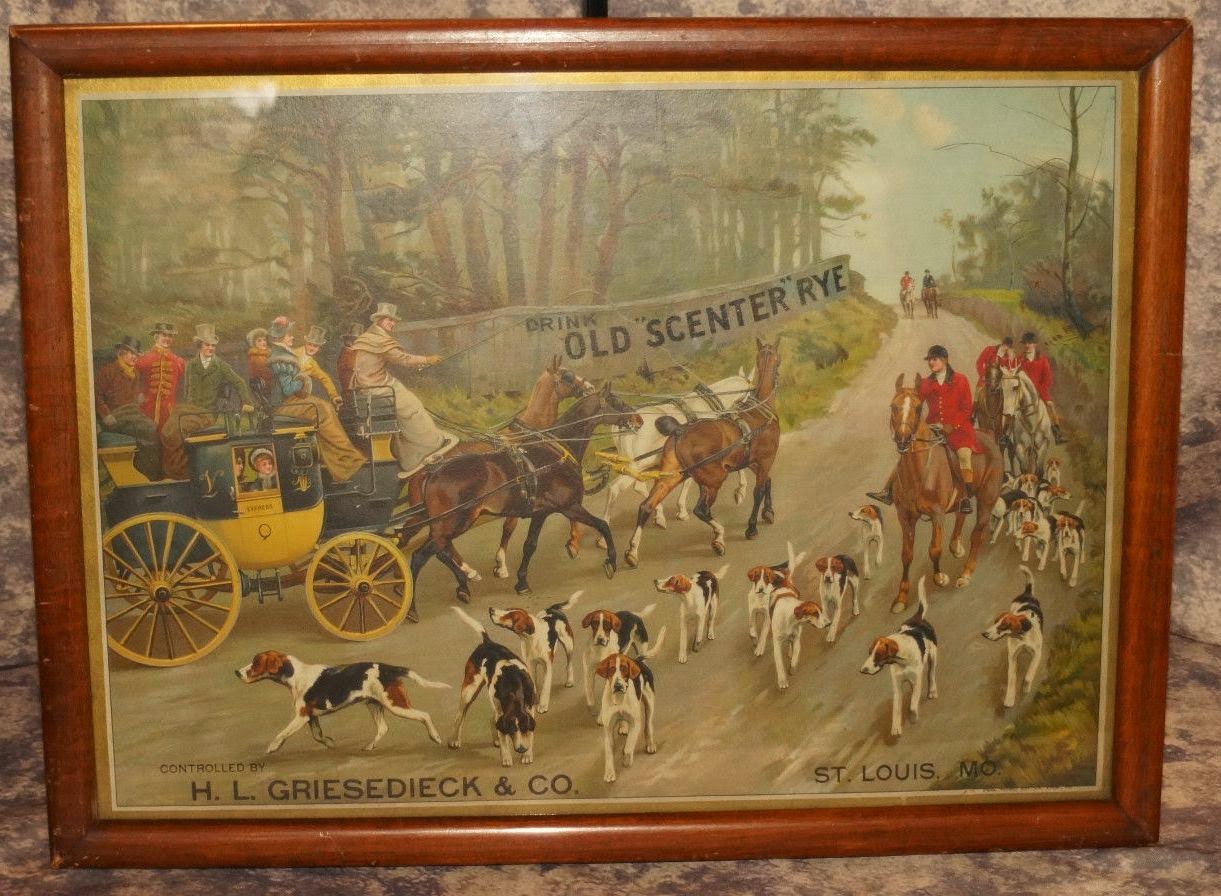 Old Scenter was far and away Griesedieck’s flagship brand.  The large sign above was given to saloons carrying his whiskey and indicates what the name meant.  The picture shows a stage coach passing a group of hunters returning from the hunt.  With them are their hounds, some of them sniffing.  They clearly are the “scenters.”  A ghost-like billboard declaring “Drink Old “Scenter” Rye” appears on a stone wall behind the tableau. 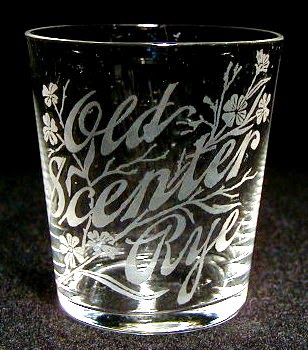 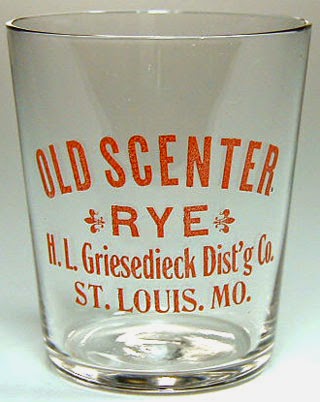 Because St. Louis harbored a number of liquor wholesalers, all providing liquor to local and area saloons, hotels and restaurants, competition among them was stiff.  In order to find and keep wholesale customers satisfied and be able to reach the drinking public, a range of merchandise bearing advertising was gifted.
Griesedieck appears to have been a master at such giveaways.  Shown here are four different shot glasses, all advertising Old Scenter Rye.

Another typical advertising item for whiskey wholesalers were trays, both trays capable of carrying drink orders and smaller tip trays.  Griesedieck featured several.  Particularly interesting is one, shown here, featuring two hunting dogs, both apparently sniffing the area for scents.  A more unusual item from H. L. Griesedieck & Co. was a plate that featured the illustration of two turkeys, possibly given away to favored customers at Thanksgiving or Christmas.  The company name was printed on the bottom.  This item can be dated as issued after 1916 — the year the company name was changed to H. L. Griesedieck Distilling Company. 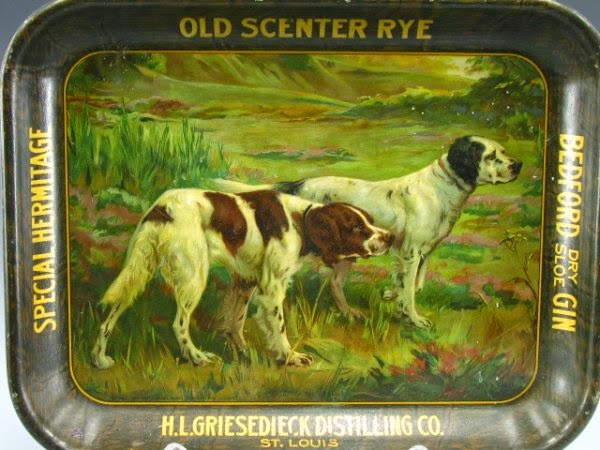 It would be erroneous, however, to depict Henry as strictly a whiskey man.  After all, beer flowed in the Griesedieck veins.  In 1896 he established a St. Louis beer-making operation under the name “Central Brewing Company.”  After selling  out that enterprise, he ventured across the Mississippi River to nearby Belleville, Illinois.  In April 1912 it was announced that Henry L. Griesedieck was heading a group to buy the Western Brewery there.  His son, Henry Junior, was named company president.  Their principal brand was “Stag Beer,” and they introduced a new premium label called “Continental.” 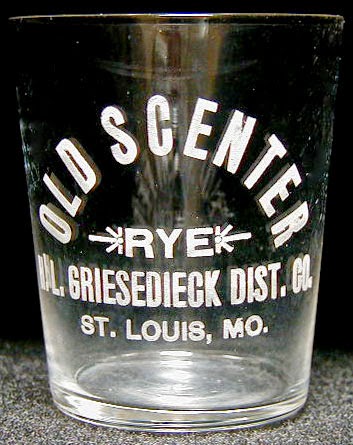 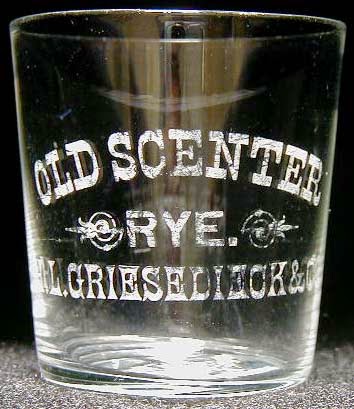 When National Prohibition arrived in 1920 the H. L. Griesedieck Distilling Companywas forced to shut down.  Henry’s Western Brewery, which had been producing 80,000 barrels annually, largely was reduced to selling ice, most of its buildings standing empty.  But the family was waiting for Repeal.  Just before the end of Prohibition the company changed its name to the Griesedieck Western Brewery Co., Inc., with Henry Senior as president.  Early on father and son had begun refitting the plant and they announced that their brewery was the only one outside of Chicago that would be able to supply beer immediately after the 18th Amendment was repealed.  A Belleville newspaper reported:  “Dealers as far South as Alabama notified brewery officials that they would like to buy their beer…and St. Louis hotels began bidding for the first case.”  Before long, Henry’s   brewery was producing 100,000 barrels a year and the ability to pack 5,000 cases daily. 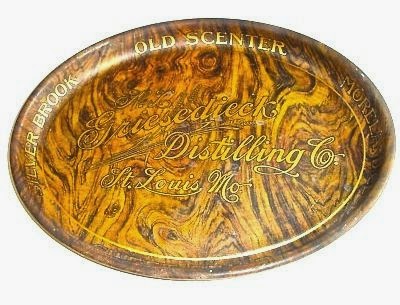 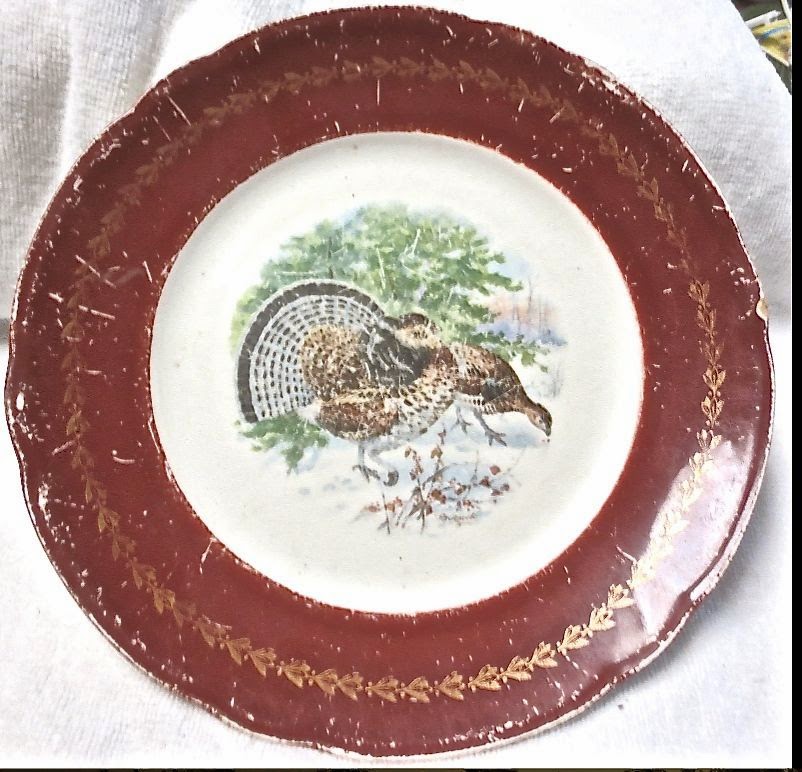 As he grew older, Griesedieck continued to be interested in brewery operations, now fully managed by his son.  Henry Senior died in December 1943 at the age of 85 and was interred in Section 18 of Calvary Cemetery in St. Louis.  His wife Anna was interred next to him in 1948.  Their graves are marked by a large cross that bears their names, shown below.  Henry Junior reportedly sold the brewery in 1944 and then moved on to other non-beer enterprises. 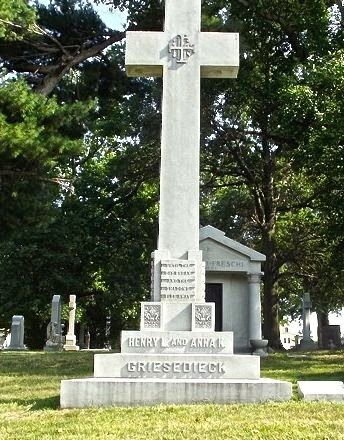 Posted by Jack Sullivan at 8:40 AM