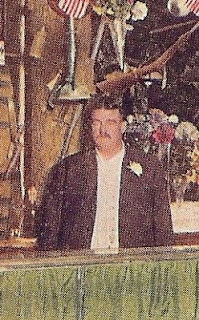 On May 25, 1907, the Morning Oregonian newspaper headlined:  “Billy Winters, Promotor of Honesty.”  It told of how this Portland “saloon man,” while never posing as an model of propriety, had encouraged “a higher grade of morality and honesty among certain men, and is actually paying a high price for the object lesson he is presenting to the public.”  Another assessment of Winter’s story would substitute the word “honesty” with “tenacity.”

Information about the early years of Billy Winter (sometimes given as Winters), likely the gent shown at right, is scant.  He seems to have avoided the census taker most of his life.  He emerged about the turn of the century as the founder and genial proprietor of a watering hole known as “Billy Winter’s Log Cabin.”  It was located on Third Street near Morrison in downtown Portland, Oregon.  The location was a prudent one as Third Street was a major commercial avenue, elegantly lighted at night, as shown below.   Sources differ about when he opend his saloon,  with dates differing from the late 1890s to the early 1900s. 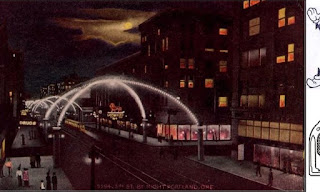 A trade card exists that appears to show the sales room portion of the saloon.  It has a definite  rustic frontier look.  Two gentlemen appear to be filling containers from an array of about ten large barrels lining one wall.   Each barrel has a number of whiskey bottles around it for a ready sale.  Hanging from one wall is the stuffed head of a deer;  guns and other artifacts are scattered about. 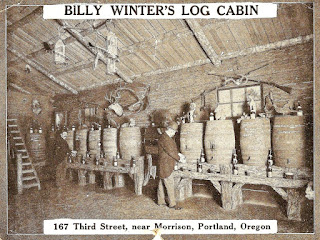 A similarly cluttered look identifies Billy’s bar on a second trade card where he is standing.  Whiskey bottles, American flags and trophy heads dominate the scene but the most unusual touch is a bar with  a massive aquarium with fish swimming in it.  The finny ones are of several kinds;  I can identify only brown trout.  This unusual feature has caused one observer to wonder whether Winter served fresh fish in his saloon. 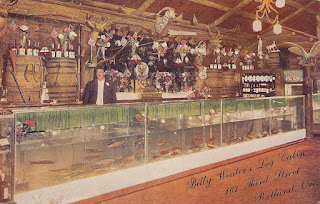 Billy was selling liquor, not just in the quart bottles shown on his trade cards, but also in smaller quantities.   Shown below is a clear glass pumpkinseed flask with his name and a log cabin embossed on it.  Given the expense of creating such a container for his whiskey, Winter (rendered Winters on the bottle) clearly anticipated significant sales .

Like many saloonkeepers of his day, Winter issued bar tokens.  His were of at least two kinds, both worth ten cents in trade, one in white metal and another in bronze.   These would have enhanced his reputation for geniality and liberality.  Even more impressive was a beer stein Winter produced.  Shown below, it was decorated on one side with the sales room illustration and on the other by a stag on the alert.  The handle also is distinctive, with a tree trunk motif.  Most likely these were presentation items, given to Winter’s particularly favored customers.

Although known to the drinking classes of Portland,  Billy came to wider public notice in October 1904 when he reported the theft of a diamond, some rings and a $1,200 wad of cash from the safe of the Log Cabin Saloon. Total value was estimated at $2,500 — equivalent to more than $60,000 today.  The Daily Oregonian headlined “Billy Winters Loses Jewels.”   Suspicion quickly fell on the head bartender, William (aka John F.) Thompson, a man of apparently dubious reputation.   According to the newspaper, Thompson had closed up the bar early that night with the excuse that he was feeling ill.  Patrons said he appeared to be nervous.  After snatching the goods, Thompson hopped the 11:45 p.m. Northern Pacific train for Seattle and disappeared.

Billy Winters was not a man to take this theft without retaliatory action.   He placed detectives on the trail of the absconder.   They eventually found Thompson in Texas.  The thief offered a compromise:  He would pay back $1,500 in return for Winter calling off any prosecution.  When Billy rejected the deal out of hand, Thompson skipped out again.   Whereupon Winter hired another detective.  A retired Portland policeman, his name was Joe Day.  Day was known in town as a hard nosed cop who had been responsible for solving a number of notorious local crimes. 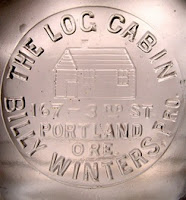 According to a later press account, Day tracked Thompson from San Antonio, to Mexico City, New Orleans, Montreal, Edinburgh, and finally to Liverpool where authorities caught up with the culprit in the summer of 1907.  When British authorities arrested Thompson, Winters sent Day to England to bring him back.  The assignment proved difficult.  Back in the American West, Thompson eluded Day and jumped from a moving train near Cheyenne, Wyoming.  Soon recaptured, Thompson claimed to be penitent, asserting, according to the Oregonian:  A finer man than Billy Winter, with the exception of Mr. Day, does not live.  He paid me well, trusted me implicitly, and I did him dirt.”   Those expressions of remorse did no good.  Thompson was sentenced to four years in the Oregon penitentiary. 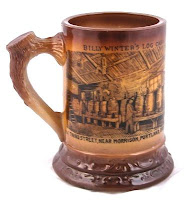 Throughout this saga, a great deal of local buzz surrounded the amounts of money that Winter was willing to spend to bring his former bartender to justice.  In 1907, the Oregonian opined:  “Carping critics may be suspicious of sinister motives in this elaborate expenditure on the part of  “Billy” Winters, but results are what count in this world, and if “Billy” Winters, even at the expense of an expense of a few thousand dollars, lands his man — where he will serve as a shining example of the disadvantages of dishonesty — he will not have spent his money in vain.” 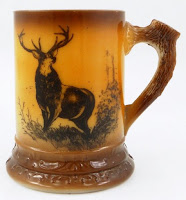 The newspaper credited Winter “in his own way” with encouraging a higher grade of morality and honesty among his fellow men and by being willing to pay a high price for “the object lesson he was presenting to the public.”   Another reading of the situation might have a different slant.  Winter, like many other Western characters, was not a man to be trifled with.  His betrayal by Thompson angered him to his very soul and he was determined that the man would not get away with it.   By that reading, Winter was not so much the “promoter of honesty” as “a tenacious avenger.”

The rest of Winter’s life is lost in the mists of history.  Certainly his saloon was forced to close when statewide prohibition was voted in Oregon in 1916.  There is a William Winter buried in Portland’s Lone Fir Pioneer Cemetery but I have been unable to connect the burial directly to “our Billy.”

Note:  Much of the information provided here is, as noted in the text, from three articles in the Portland Oregonian newspaper.  These were provided through a website maintained by Richard Engeman called “Oregon Rediviva,” covering Oregon, Washington and Pacific Northwest history.   Because such little personal information is readily available about Billy Winter, I hope that a relative or local historian will see this vignette and provide me with additional information.  Billy Winter clearly was a most remarkable man.

Posted by Jack Sullivan at 8:41 AM