Bateman-Switzer of Montana: When the Cowboy met the Capitalist 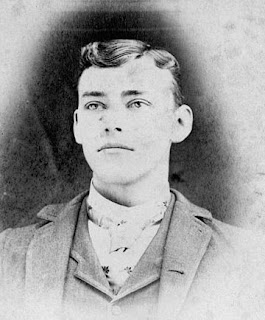 I have no direct evidence that David Wellington Bateman was a cowboy.  Raised in Texas by a father who rode with a Confederate cavalry unit, young Bateman, shown right, lived the kind of peripatetic life style often equated with cowboys, moving frequently from place to place.  That is, until he met a Montana capitalist and immigrant from Germany, named Jacob Switzer and they together they founded a highly successful wholesale liquor firm in Great Falls.

By most accounts Bateman was born in 1854 (his gravestone says 1852) in Tennessee, the son of William L. and Florence Bateman.  His father was a physician and surgeon, reputed to be of considerable prestige, who left Tennessee in 1855 when David was still an infant to settle in Hill County, Texas.  Dr. Bateman joined General Throckmorton’s brigade of Confederate mounted cavalry as a surgeon during the Civil War, seeing action in Texas and Mississippi.  Growing up in Texas, David Bateman, like his father, surely was comfortable on the back of a horse.

Meanwhile David was developing a wanderlust.  In 1878  likely traveling by horseback, he moved to Hutchison, Kansas, “for a short time.”  In 1881 he left Kansas for Montana, locating initially at Three Forks in Madison County. There he ran a branch store for the Kleinschmidt Brothers of Helena and later for the same firm at Martindale.  About the same time, he found a wife, Lucretia Brown, called “Lucy,” a woman born in Ohio from a family with roots in Virginia.   They married in Lincoln, Nebraska, in 1881.  The newlyweds shortly after moved to Helena, Montana, where Bateman worked in another Kleinschmidt store.  A staple of this mercantile chain was liquor sales and David was learning the whiskey trade.

But even marriage could not tame Bateman’s “cowboy” ways.  In 1884 a gold rush broke out in Coeur d’Alene, Idaho, and, as wryly recorded later:  “…Bateman took part in the stampede.  His participation was not successful.”  Apparently with Lucy still in tow, David returned to Helena briefly and then was off to Maryville, now a semi-ghost town outside Helena.  Along the way he had met Jacob Switzer, his elder by some fifteen years who had been born in Alsace, then part of Germany. 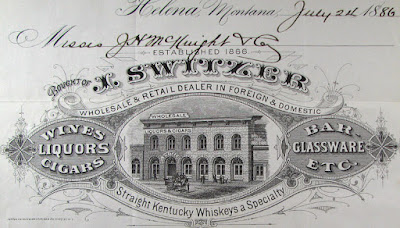 Switzer had come to the United States in 1857, settling first in Kansas and later in Colorado, making his money in the mining sector.  He arrived in Helena in in 1877 to pursue his mining interests vigorously throughout Montana, investing his capital in diggings across the state.   Among his investments was one in clay mining in nearby Blossberg and, as shown above, in a wholesale and retail cigar and liquor house.  In a contemporary biography Switzer was described thus:  “He is recognized as one of Montana’s sagacious businessman and is highly esteemed and popular.”

Switzer must have seen something special in Bateman, despite the young man’s restless ways,  and offered to set him up in business.  Recognizing that selling liquor to thirsty Montana miners was a prospective bonanza and that Great Falls, almost a hundred miles from Helena, was a rapidly growing city with good water and rail transport, in 1890 they chose to locate their wholesale liquor store there on Central Avenue. In the photo of that street shown above “Bateman &  Switzer” can be clearly seen on the sign at right.  Playing the role of “silent partner,” Switzer remained in Helena while Bateman ran the day to day liquor business.

Theirs was a multifaceted operation.  The firm advertised as a wholesaler of wine, liquor, and cigars as well as imported and domestic “cordials” (liqueurs).  It also manufactured cider, soda water, ginger ale and other carbonated beverages.  Bateman & Switzer were agents for the beer produced by the Wm. J. Lemp Brewery of St. Louis.  They also carried a line of bar glassware and billiard supplies.  For saloonkeepers in Great Falls, their store could be “one stop shopping.”

Unlike other liquor wholesalers at the time Bateman does not seem to have been rectifying his own whiskey, that is blending and mixing it on premises , but rather contracting for products of outside distilleries.  He advertised such brands as “Grass Valley Bourbon;” "Yemassee,"
“Park Island Club” from Anderson County, Kentucky; “Messenger Maryland Rye.” and “Moorland Fire Copper Bourbon,” likely a product of the H. L. Griesdieck Co., of St. Louis [see my post on this firm, November 2014].  Bateman packaged his whiskeys in gallon and half gallon ceramic jugs, some with his label stencil in cobalt on the container, others with paper labels, as shown here. 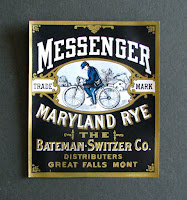 With the growing success of their foray into the liquor trade, in 1898 the partners decided to incorporate.  The company was organized as the Bateman-Switzer Co., with a capital stock of $50,000 (equiv. $1.5 million today).  David Bateman became president;  Jacob Switzer, vice-president.  The circa 1903 book, “Progressive Men of Montana,” reported:  “Under this new arrangement the business of the firm has shown gratifying progress and prosperity, securing the patronage and commanding the confidence of an every-augmenting body of customers, and widening its reputation for the quality of its output and the methods of its management far beyond the boundaries of the state.” 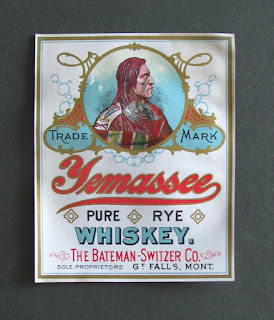 With their growing wealth the partners embarked on other enterprises.  With a man named Brady, Bateman and Switzer joined in a land and irrigation project at Ashfield, Montana.  It was touted as the largest in the state, with a lake-sized reservoir covering 8,609 acres, forty-three miles in circumference, and able to irrigate 26,250 acres.  Their organization also owned several thousand acres of land that they operated as a cattle ranch.  Profits from liquor sales would have been a large part of the financing behind these gigantic projects. Additionally, Bateman owned a hotel in Great Falls that bore his name.

Although Switzer had Republican Party leanings like many German immigrants, Bateman was an active Democrat and as a rising business star was tapped by the local Democratic party in 1895 as its candidate for mayor of Great Falls.  He was defeated by the slim margin of 100 votes.  Also active in Great Falls fraternal organizations, Bateman was a member of the Independent Order of Old Fellows, the Benevolent and Protective Order of Elks and the United Commercial Travelers. 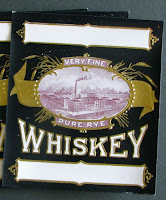 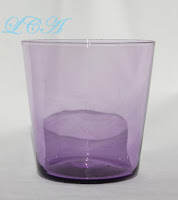 As surrounding Western states went “dry” and action by Congress curtailed mail order sales into state and localities that had prohibitionary laws, Bateman and Switzer saw their business negatively affected.  Finally, in 1916 Montana itself by a statewide vote ended all sales of alcohol.  Bateman-Switzer Co. was forced to shut down.  Recent excavations in Great Falls have uncovered relics of the company.  The shot glass shown here was found in the basement of their building.  The labels here for “Very Fine Pure Rye Whiskey” may similarly have been recovered.  They are said to be identical to others that bearing the Bateman-Switzer name.  I have been unable to identify the distillery shown in their design. 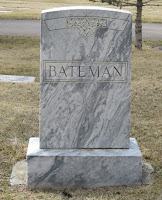 Despite the demise of their liquor business, both partners now had sufficient other enterprises under management to survive the loss.  Switzer died in February 1931 and Bateman, who had retired from business a year earlier because of heart problems, followed in May 1932.  He was 78 years old and had been a resident of Great Falls for 42 years.  He was buried in Highland Cemetery, Monument Section 11, in Cascade County.  Shown here is the Bateman plinth and his gravestone.  Lucy/Lucretia would join him in Highland Cemetery in 1938.

A last word on David Bateman might be culled from his biography in “Progressive Men of Montana.”  It noted his rise to local prominence:  “He is a self-made man in every good sense of the term and well deserves the high position he has in the financial, social and political circles of the city.”  In other words, Bateman the youthful “cowboy” in maturity had become Bateman “the capitalist.”