George Wissemann in Sacramento,”City of Saloons”

In an 1866 letter, Mark Twain called Sacramento the “City of Saloons,” claiming they were so numerous that “you can just shut your eyes, march into the first door you come to and call for a drink, and the chances are that you will get it.”  George Wissemann ran one of those establishments and also sold whiskey to others saloons with significant  success — until his untimely end.

Wissemann was born in September 1857 in southern 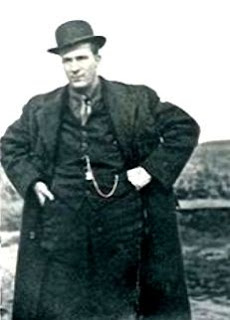 Germany, the son of George and Mary (Wolf) Wissemann.  He received his early education in the local German public schools but quilt formal education at the age of 14 to work on his father’s farm.  A biographer noted:  “He was thus engaged until 1877, when he had determined to try his fortune in America, having heard favorable reports concerning its business opportunities and advantages.”

His initial employment was not in business, however, but running a stationary engine in a stone quarry near Cleveland, Ohio, where he settled after arriving by ship in New York City.  After three years of digging rocks, now age 23 and seeing more opportunity in the West, Wissemann headed to California in 1880 where he located in Sacramento.  There he found employment in a saloon located at 1020 Fourth Street, operated by two other German immigrants, Edward Klebitz and Robert Green, for whom he worked as a bartender.  In 1884 the owners sold the building lease and fixtures to him and the establishment became the Wissemann Saloon. 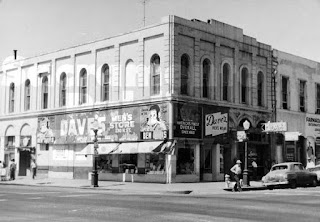 Before long George decided that selling liquor over the bar was less advantageous than wholesaling it to the hundreds of other saloons located in and around Sacramento.  His first venture about 1900 was with a local whiskey man, Michael Cronan.  They located  their business at 230 K Street in a two-story structure known as the Apollo Building.  Shown here as it looked before it was razed, the location provided them with sufficient storage for their wholesale trade.  After about two years of their partnership at each man went his own way.  Wissemann stayed at the K Street address.

Wissemann contracted with a variety of distillers for his signature brands, “California Favorite,” and “O.K. Kentucky Standard,” never bothering to trademark either label.  He likely was contracting with area distillers for his products and rectifying (blending) the whiskeys to meet standards of taste and color.  His liquor was packaged in amber and clear glass bottles with embossing, including a monogram of his initials.

While prospering in the liquor trade, George also was having a personal life.  In 1889, at the age of 32, he wed Mary Harms-Bower, like him born in Germany.  She had come to California with her parents as a child, settling in Sacramento.  They would have a family of three children, George, Ruth and Walter.  The family made its home at 817 O Street in Sacramento. 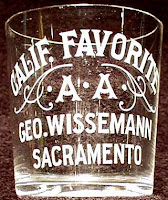 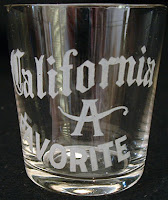 Wissemann often acted as his own salesman, traveling over large areas of Northern California promoting his proprietary brands.  As many whiskey wholesalers did, he also merchandised by using advertising giveaways to customers and prospective clients.  He specialized in a wide range of shot glasses that marketed his "O.K. Kentucky Standard" and "California Favorite" brands.  Examples are shown throughout this post. 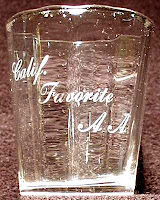 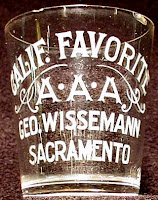 Within a decade, Wissemann had expanded his proprietorship of the saloon and the wholesale house into an operation that included owning the “Restaurant de France” at 427-429 K Street in Sacramento, a second saloon, and a minority share in two other drinking establishments. He also had been awarded the distributorship for Pabst Beer in Northern California and Nevada. 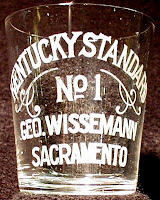 A biographer commented:  “He found the in the business conditions of the New World the opportunities he sought for…and in his trade interests he has prospered, being now the possessor of a comfortable competence.”  Financial success brought him social recognition as an member of the local Masons and Elks Lodge.  He was a active Republican, engaged in both local and state politics although never seeking office himself. 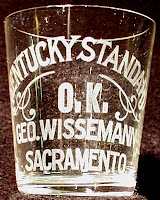 George also was finding that the liquor business had certain hazards. In March 1892, a man who had been drinking heavily elsewhere walked into the Wissemann’s saloon with a revolver in his pocket, apparently looking for someone he considered an enemy.  That gent was sitting in a corner reading a newspaper when the drunk fired two shots and apparently missed.  The target tried to run but three more shots brought him down.  The shooter was arrested inside Wissemann’s saloon and charged with murder. 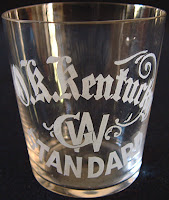 Years later came another calamity.  Wissemann was a member of the Canvasback Gun Club, about 12 miles from Sacramento.  In early November 1909 he decided to ride out to the club with his son for some duck shooting.  His wife Mary advised against it, worried that their son was ill;  George thought the fresh air would do the boy good.  They hitched up the horse and buggy and set off.  At  some point they entered an automobile driven by a friend. He lost control somewhere on or near the club grounds and crashed, throwing both Wissemanns out of the car.  George may have been killed instantly.   His body, badly bruised and cut, was taken to the club headquarters where, at the age of 52, he formally was declared to be dead.  George Jr. was rendered comatose for several days but recovered.

Despite the father’s untimely passing, the family pressed on with the liquor business, operating for a time as the “Estate of George Wissemann.”  Mary Wissemann, as her husband’s heir, subsequently became president of the wholesale wine and liquor business with George Jr., as vice president in charge of day to day operations.  In 1919, the Wissemann’s, anticipating National Prohibition, closed down the business that George Sr. had built. 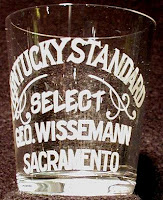 A final word on this whiskey man comes from the accident story in the Sacramento Union daily:  “Mr. Wissemann…is credited with having amassed a fortune without having made an enemy or stained his reputation for integrity and liberality.”   Presuming the validity of those sentiments, we are left with another  heartening story of an immigrant boy who did very, very well in America despite dying much too early in the "City of Saloons."

Note:  The photo of George that opens this post is from the Wissemann Photo Collection as presented by Steve Abbott in his article "California Favorite:  George Wissemann Company," that appeared in the March-April edition of Bottles & Extras. The article contains additional information and images related to the subject.