Mark Twain, the Tice Meter, and the Nusbaums

Mark Twain called it a “ten million dollar swindle.”   The U.S. Commissioner of Revenue saw it as the answer to preventing the government from being deprived of “a vast amount of revenue” through frauds committed by liquor distillers. They both were referring to the spirits meter invented by Isaac P. Tice, a New York mechanical engineer.  Peoria, Illinois, liquor dealers Adolphus and Julius Nusbaum were typical of the hundreds caught up in the Tice Meter controversy.

The story began in 1867 when strong evidence emerged that the national government was being cheated out of tax money through frauds committed by distillers, often in collusion with dishonest inspectors.  For the Commissioner of Revenue the answer was to measure liquor output by means of meters attached to stills that reputedly would aid inspectors in detecting gross misstatements of the amount of spirits manufactured.  The Commissioner advertised for inventors to come forward with meters and asked the National Academy of Sciences to appoint a committee to review the submissions and select a winner. 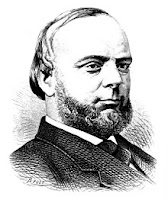 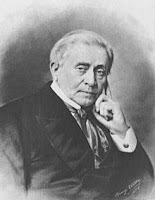 The Academy could not have appointed a more prestigious panel. One was Dr. Joseph Henry, shown right, a physicist who had conducted pioneering research in electromagnetism and served as the first secretary of the Smithsonian Institution.  Another was Dr. Julius Erasmus Hilgard, shown left, president of the  American Association for the Advancement of Science and a professor at Johns Hopkins University, who was an expert on measurement.  They examined eighteen different meters and ended recommending one submitted by Isaac P. Tice.

Tice, an engineer from New York, was an inveterate inventor who already had patented an improved windmill, milk rack, and water meter, among other items.  After the water meter proved to be commercially profitable, Tice had turned his attention to liquor.  In March 1867 he had patented what he called a “Revenue Guard for Stills” shown right and later a still itself that could be more easily monitored.  Apparently neither met the specifications from the Commissioner of Revenue because in December 1897 the inventor submitted what became known as the Tice Meter.  Shown below, it was that device chosen by Drs. Henry and Hilliard.

Shortly thereafter, the Treasury Department began to require selected distillers to buy them, causing a fire storm on Capitol Hill where an “extended and acrimonious” discussion in both Houses of Congress ensued and a new meter examining committee was empowered.  That caused Tice to shut down his factory until 1868 when the second committee also endorsed his device.   Now the Treasury was free to demand that all distillers and rectifiers in the U.S. buy one. 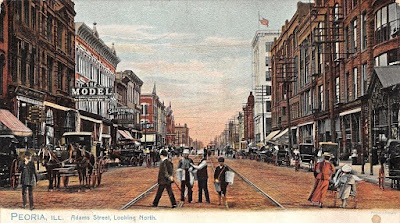 This included the Nusbaum brothers of Peoria, a city whose main drag is shown above as it looked at the time.  The brothers, Adophus and Julius, were born in Pennsylvania, the sons of John Nusbaum, a wealthy merchant who had immigrated to the United States from Germany.  Finding their way to Peoria, the brothers had established their liquor business about 1868 with facilities located on the banks of the Peoria River at the foot of Elm Street.  There they were using a still to rectifying (blend) whiskeys for taste and color and issuing them as their proprietary brands. 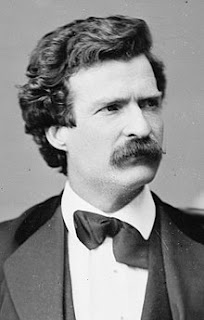 Tice Meters were costly and the cries of anguished whiskey men reached the ears of one of the most celebrated Americans of the time — Mark Twain. Twain took aim at the requirement.  Characteristically using humor to get his point across, he quoted an anonymous source (actually himself) in an 1868 “Letter from Washington”: “Why, when the Tice meter was covertly foisted upon the public by the Government and every distiller in America preemptory commanded to come forward and buy one at $600 to $1,500, when a better machine could have been furnished for half the money, he said he believed there was a ten million dollar swindle behind all that, and that certain high officials were privy to it and reaping a vast profit from it.  — which was no doubt true as gospel, but where is the wisdom in talking about these dangerous topics.”

It did not take long for the Commissioner of Revenue to begin having doubts about the real utility of the Tice Meter and so a third expert commission was appointed to make a series of practical tests.  When the report came in negative, the Treasury Department in 1871 discontinued requiring use of the device, claiming to have found a more accurate meter than Tice’s.  In the meantime, hundreds of distillers and rectifiers had been forced to buy them — and now the Tice meters had been trashed. 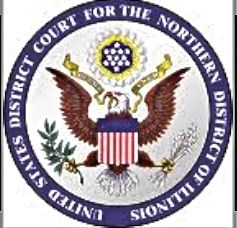 Some distillers asked for a payback by Congress.  Their claims were denied. Another recourse was to the courts, the path taken by the Nusbaums.  They sued Enoch Emory, the U.S. collector of revenue for the Chicago district in Federal District Court to recover the $1,500 they had deposited with him for the Tice meters for use in their rectifying operation.  Today that would be equivalent to at least $20,000.

Emory’s defense was that he was only the conduit to Isaac Tice and he had forwarded the Nusbaums’ money to the inventor upon proof that Tice had sent the required meters to the Nusbaums.  Emory’s lawyers argued that the money was Tice’s and not his and implied the Nusbaums should be litigating against Tice. The judge agreed and threw out their case against Emory.  The brothers did not appeal the lower court decision.

At that point, the now wiser Nusbaums ceased their efforts at repayment and took their losses.  But the question remains:  Was the Tice Meter, as Twain labeled it, a “ten million dollar swindle” that netted government officials millions of dollars in illicit profits?   I have my doubts.  If Enoch Emory was telling the truth about sending the Nusbaum’s money to Tice, he would not seem to have benefited.  It also seems unlikely that Tice or anyone else could have been bribing the expert panels that alternatively were approving or dismissing his meter.

My theory is that this debacle likely was the kind that often occurs in Washington when scientists, bureaucrats and Congressmen get embroiled in a complex technical area where there is strong “push-back” from a powerful industry.  The results, as demonstrated here, often are chaotic.  That would be no consolation to the Nusbaums.  By 1873 — just two years later — they appear to have shut the doors on their Peoria liquor house and gone out of business.