The Doughertys of Philly Were Distilling Sons of St. Patrick 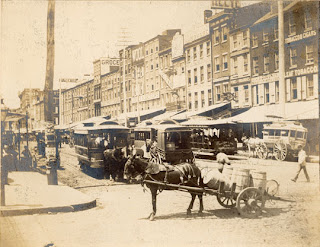 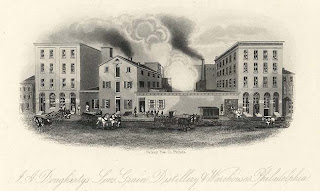 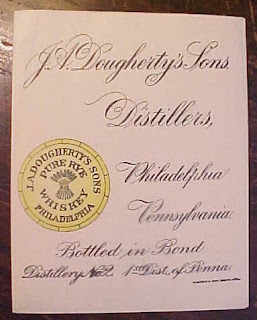 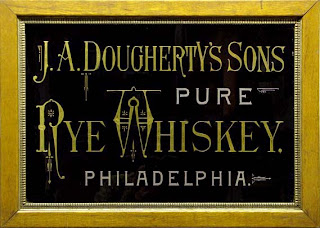 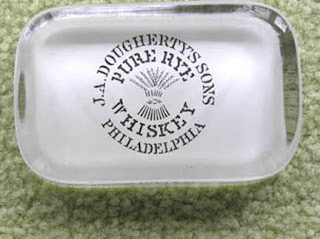 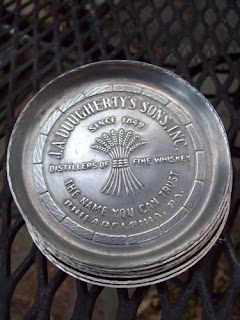 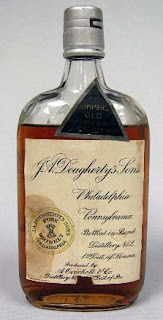 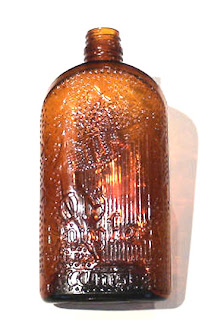 When a poor Irish boy left his home in Innishowen, County Derry, Ireland, for America he can scarcely have imagined the major distillery that he would establish and operate with two sons -- an organization that would endure and prosper for 70 years. That boy was John A. Dougherty, born in 1788 who arrived in Philadelphia in 1814 at the age of 26.

Beginning his career in America as a baker, John soon became involved in the whiskey business, learning the trade while working for local distillers on Philadelphia’s Spruce and Shippen Streets. During this period he married Eliza Sherbourne, herself an immigrant from Bristol, England. They had two sons, William P., born in 1825 and Charles A., born in 1827.

When William came of age, he worked with his father in the liquor trade for a time but became entranced with telegraphy, a new technology that was just coming into vogue. In 1847 he became an operator and later Assistant Superintendent of the Bain Chemical Telegraph, extending from Baltimore to Washington. Undetered by William’s defection, John Dougherty brought son Charles into his whiskey activities and in 1849 founded a business he called John A. Dougherty & Son.

Within a year the company’s distillery was erected -- Distillery No. 2 of the 1st District of Pennsylvania. The still and warehouses were located in the 1000 block of Front Street. Shown here, Front Street runs north-south parallel to and near the Delaware River. One of the oldest streets in Philadephia it was constructed when the city was laid out by William Penn in 1682.

In 1851 William abandoned telegraphy to work with his father and brother Charles. They promptly changed the company name to John A. Dougherty & Sons. All three men were active in promoting Irish culture and assisting Irish immigrants to Philadephia. They were recorded as active members of The Friendly Sons of St. Patrick and of the Hiberian Society for the Relief of Emigrants from Ireland.

Dougherty’s “Pure Rye Whiskey” met with almost immediate success, capturing a market in the Philadelphia area and beyond. The company’s first still was a wooden one of 750 gallons. It soon was joined by a second copper still with a 1,200 gallon capacity. Both were fueled by steam. A new larger warehouse was built in 1864, with a capacity of 3,000 barrels.

In 1866 John Dougherty died at the age of 78 and was buried at the Cathedral Cemetery. Son William took over as senior manager and the company name was changed once again to J.A. Dougherty’s Sons. The business continued to grow. Three new warehouses were built over the next several years adding 12,900 gallons of storage capacity. The complex, shown here, employed some 30 workers. In 1879 the first warehouse was enlarged to hold 4,000 barrels.

Meanwhile William Dougherty was gaining prestige as a businessman and as a patron of the arts. He was a charter member of the Art Club and a prominent member of the Academy of Fine Arts and the Academy of Natural Sciences. His collection of mezzotints, etchings and engravings was said to be the finest in Philadelphia. William was also accounted accomplished in botany, gardening, metallurgy and chemistry, as well as conversant with Latin, Greek, French and Spanish.

With Willam’s artistic sense it is a reasonable assumption that he was responsible for the tasteful label design for Dougherty whiskey, as well as the saloon signs, paperweights and other giveaway items the company featured, several of them shown here. At the age of 67 William died in 1892 at his residence at 1435 Girard Avenue in Philadelphia, leaving Charles as the manager of the firm.

The youngest Dougherty continued the successes forged by his father and brother. He discarded the wooden still in favor of a second copper pot and in 1893 rebuilt one warehouse to hold 3,800 barrels and added new floors to another to increase capacity to 25,000 barrels. The continued expansion was indicative of growing national market for Dougherty Pure Rye. Not as active in Philadelphia society as William, Charles was a member of the Board of Trade.

Important changes occurred in 1898. The mother, Eliza Dougherty, died and was buried next to her husband. That same year Charles, age 71 also died, bringing to an end the Dougherty management of the firm that bore their name. Family members who inherited the business apparently had no interest in running a large whiskey operation and sold the distillery about 1904. The new owner, recognizing the potency of the name and tradition, continued operations under the Dougherty name but was supplied with whiskey from other sources, including Old Overholt Distillery. In 1919 the Dougherty firm was shut down by Prohibition.

Early in the 1920s during Prohibition a company, under non-family management, called Dougherty Distillery Warehouse Co., was formed and licensed as a concentration warehouse and bottler of medicinal whiskey, available only by prescription. A whiskey bottle from that period is shown here, along with a highly embossed flask. After Repeal, the Dougherty label on whiskey was resurrected by a series of owners and still is being merchandised today. Thus the tradition is perpetuated that was begun by an Irish immigrant and his sons who together created Philadelphia’s most famous whiskey name.
Posted by Jack Sullivan at 10:02 AM