The Success and Sorrows of John P. Gagen 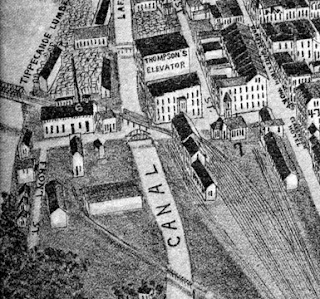 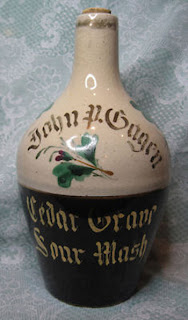 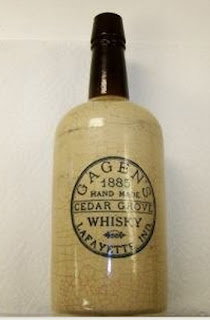 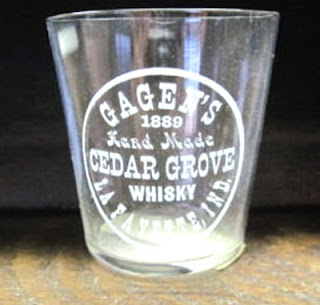 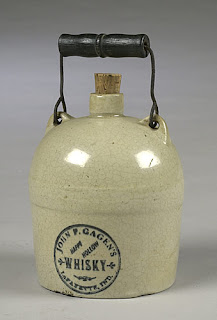 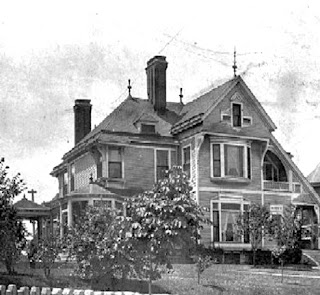 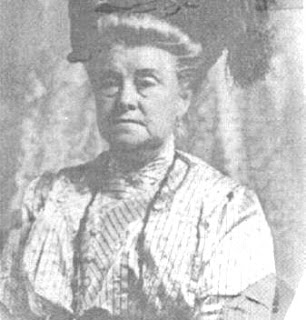 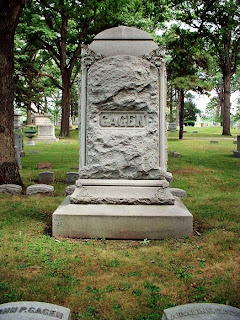 When John Phillip Gagen died, his obituary in his Lafayette, Indiana, adopted hometown newspaper was headlined: “Rising from poor boy to command of thousands; He shows what can be accomplished by hard work.” The obituary went on to recount his triumphs in the liquor trade and other endeavors, but recorded as well the heartbreaking events that plagued his all-too-short life.

Gagen was born in Sandusky, Ohio, in 1848. His father, Patrick, had emigrated from Ireland and fathered eighteen or nineteen children from two wives. For 50 years he ran a grocery store in Sandusky. John’s mother, Mary Moore, Patrick’s first wife, died when John was but seven years old. A contemporary account of young John states: “At an early age, he displayed great business ability and for a time he sold groceries from a wagon direct to consumers through the country in vicinity of Sandusky, Ohio.” He also is said to have saved his money.

When he was in his early 20s, together with his brother Thomas, Gagen moved west from Ohio to settle in Lafayette, Tippecanoe County, Indiana. It is suggested that the brothers worked in the liquor trade in their adopted home town. In 1869, indicative of his increasing business stature, Gagen married Adaline (“Addie”) Green, a native of Lafayette said to be part of an old and well-established family. John was 21 and Addie 23. They would go on to have eight children, one of whom died at birth.

In 1874 Gagen and brother Thomas bought a wholesale liquor house located in the Purdue Block in downtown Lafayette. It is shown in the upper right of the map shown here, across from the Townsend Elevator. Three years later Thomas , still a young man, died and left John as the sole owner. Under his management the business grew steadily until Gagen Wholesale House became one of the largest in Indiana. During the 1880s, the firm was incorporated and Gagen was elected President.

Gagen was a blender of whiskey not a distiller. His flagship brand was “Cedar Grove.” He clearly had a good eye for attractive packaging and frequently went far afield to buy fancy ceramic containers for his whiskey. The gold trimmed one shown here was the product of the Fulper Pottery in Flemington, New Jersey, and the tall jug was produced by Sherwood Bros. of New Brighton, Pennsylvania. He also issued a shot glass advertising Cedar Grove Whisky (which he spelled without the “e”). Other Gagen brands were “Happy Valley" and "Mound Farm."

Gagen’s obituary in the local paper stated: “He had faith in the future of Lafayette and was at all times willing to contribute his share toward bringing an industry to the city. He was one of the promoters of the belt railway and had stock in many factories....He assisted in bringing the strawboard works to the city and was one of the first to sign his name for stock in the new stove foundry.” It also noted that Gagen had invested in real estate and was one of the largest property taxpayers in Lafayette.

He had two farms in Tippecanoe County and was in the habit of visiting them regularly. His particular interest, according to the press, was in fast horses and fine cattle. One daughter recounted that Gagen also enjoyed hunting with a shotgun on the farm, shooting from his horse and buggy. She would drive the carriage while her father took aim and fired at rabbits and squirrels. Her father also was a skilled poker player, she recalled, and taught her how to play the game.

Success in business, however, was tempered by many personal concerns and sorrows. In addition to losing his mother at an early age, a child who died at birth, and the premature passing of his brother, John himself was troubled with bad health for much of his life. Most tragic, in 1896 his daughter Grace died as a result of being seriously injured by a runaway horse and buggy. It is said her death greatly affected John and that “he never seemed to get it off his mind.” Before Gagen’s own death four of his children already had already died and another was hospitalized and soon to go. In 1905 John himself took a serious turn for the worse and was confined to his home at 1123 South Street for the last four months of his life. His 1905 cause of death was attributed to “complications of diseases.” He was only 57 years old.

Gagen left their home to wife Addie. Shown above, the house was one of the finest mansions in Lafayette. It was described as “modern in every respect, elegantly furnished and tastily kept.” Addie, also shown above, also inherited a 320 acre farm and an estate estimated at $300,000 -- worth at least twenty times that in today’s dollar. She would live to see only two of her children survive beyond 1909. Addie Gagen died in 1921 and was buried next to John in Springvale Cemetery in Lafayette.

A 1909 history of Tippecanoe County extolled Gagen as a poor boy who made good and said he surmounted “every obstacle he encountered in his pathway until he attained a position of eminence in the business circles of Lafayette, Indiana, second to none of his contemporaries.” That account says nothing, however, of the many tragic and premature deaths that afflicted him and his family that make so poignant the story of John P. Gagen.
Posted by Jack Sullivan at 7:50 AM