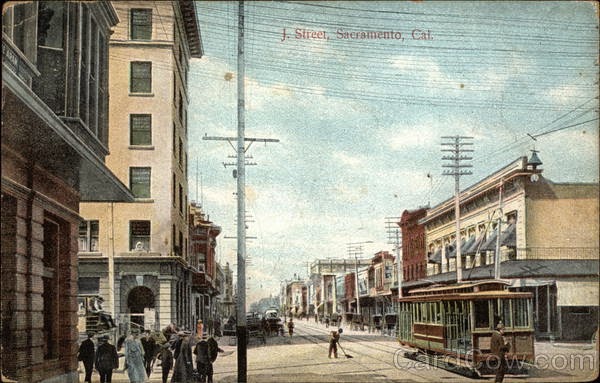 Recorded as “prominent for over fifty-two years in the business life of Sacramento,” California, Fred Raschen had arrived in town with $2.75 in his pocket and dreams of starting a career.  After a false start or two, he found the whiskey trade and never looked back.

Raschen was born in Oldenberg, Germany, in 1845.  Educated in the schools of his homeland, he had a spirit of wanderlust.  As a young man he is reported as having traveled extensively in Europe, Asia and Africa.  A biographical sketch described him as “seeing the world and working at whatever he could do to pay his expenses and in this way gaining the broadening outlook on life which travel alone can give.”   In 1870, via the Isthmus of Panama, he arrived in California.  After a brief sojourn in San Francisco, he settled in Sacramento.  He had $2.75 to his name. 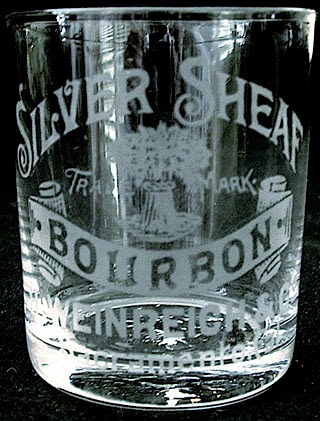 The German immigrant soon found employment, working as a clerk for a grocery store on Second and M Streets.  Within a few months he had moved to a produce and commission house on K Street.   Because grocers almost always sold whiskey,  Raschen probably was exposed to that area of merchandise.  Two years after his arrival in Sacramento he went to work as a clerk for a wholesale liquor dealer located on J Street, a major commercial avenue shown above.  The company founded in 1874 under the name of Weinrich, Lohse & Company.  After two management changes over the years,  H. Weinrich became the sole owner in 1885.  His major brand was “Silver Sheaf.” A shot glass with the brand and Weinrich’s name is shown here.

Recognizing the business talents of his young employee and possibly in bad health, Weinrich made Raschen a partner in the firm.  In February 1899, the owner, according to a legal notice in the Sacramento newspaper, completely disposed of his interests to Raschen.  The latter was declared entitled to collect all outstanding accounts of the firm and would pay all demands against the firm.  While doing business at the same 514 J Street location, the new owner changed the business name to Fred Raschen, Wholesale Liquors.

Raschen’s  flagship brand continued to be Silver Sheaf, but he also sold “Golden State” and “Tippecanoe.”  The former label had been trademarked by a New York firm in 1876 and the latter by a Cincinnati liquor dealer in 1905.  It is not clear if he was featuring these whiskeys under license from their originators or was poaching the names.  He packaged his whiskey in labeled amber bottles that contained embossing of his initials.

Like Weinrich,  Raschen was partial to shot glasses as merchandising tools for his whiskey.  Several versions were issued for Silver Sheaf, one with an elaborately etched figure of a sheaf of grain and his name written in script below it.  Interestingly the sheaf is noted as a “trade mark,” yet I can find no evidence that Raschen ever registered his brand with federal authorities. While a second glass is less elaborate it has the name of the liquor written in Gothic letters.  He also issued shots for Golden State and Tippecanoe.   These items were principally meant as gifts to saloonkeepers and bartenders who were carrying Raschen’s brands. 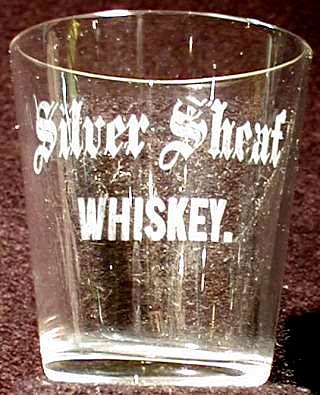 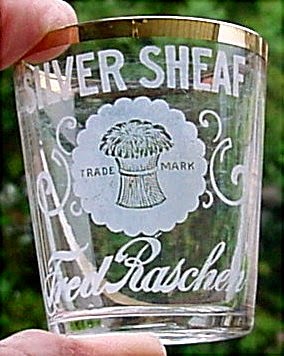 Information about Raschen’s family life are scant.  He fails to show up in any U.S. documents and his biography made no mention of a wife or children.   He worked at the same location for 47 years as both employee and owner until shut down by National Prohibition  His recreational activities during that period, by contrast, were well recorded.  He became one of the best known and successful horsemen of the region, owning a number of thoroughbred trotting and driving horses.  He was a member of the California State Fair Assn. and the Sacramento Driving Club, racing his steeds at the fair grounds with good result, “thoroughly enjoying this gentlemen’s sport.” 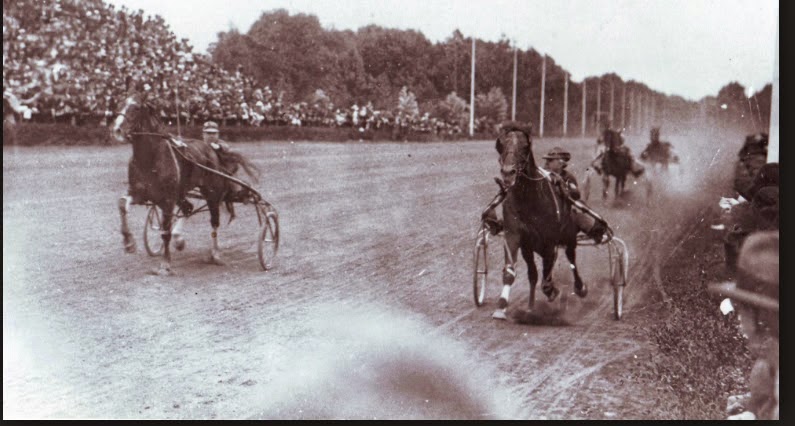 Hunting was another Raschen passion.  He was the organizer of the Sacramento Outing Club, an organization that owned large shooting preserves in Sutter County.  An excellent marksman he is said once to have made the his limit of doves with fifteen out of eighteen shots — a record.  He also made targets of other birds, including quail, plover and wild pigeon. 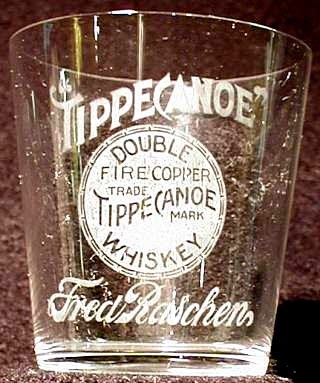 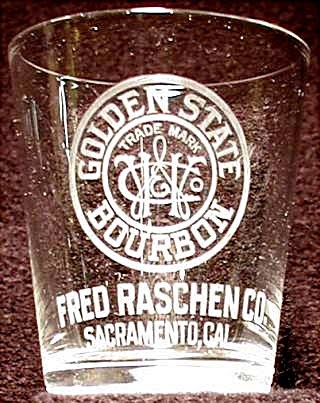 None of this sporting life detracted from his business interests that also enhanced Raschen’s standing in Sacramento.  It was said that he was “one who could be depended upon to do the his share in promoting the financial and civic life of the city.”   For 47 years, as both employer and owner, Raschen worked at the same location.  In 1918, however, he was forced to shut the doors of his company, now called Fred Raschen Co., Inc., after a 1907 incorporation.

At 73 years old Raschen was far from finished with his career.  He decided to devote himself to the development of land.  With the considerable wealth he had accrued as a liquor dealer he bought 1,100 acres in nearby Yuba County.  Much of it was rich bottom land, covered mostly with cottonwood trees.  He directed the tree removal,  land leveling, and planting of peach trees.  Raschen also installed a concrete pipe irrigation system and other up-to-date equipment.  Given the fertility of the soil the peach trees grew rapidly and his ranch soon became considered a model of “modern” agricultural practices.

I can find no record of Raschen’s death or where he may be buried.  But a fitting memorial to this immigrant who came to town with $2.75 in his pocket and became a multi-millionaire was penned by a biographer while Fred was still living:  “Mr. Raschen is a typical Californian, for he has spent all of the productive years of his life here, has aided materially in developing and upbuilding, and has been a loyal citizen, with the best interests of his community always at heart.”

Note:  Much of the information for this post has been derived from a book authored by G. Walter Reed, entitled History of Sacramento County, California, with Biographical Sketches.  It was published by the Historic Record Company of Los Angeles in 1923.