The Cooneys of Nashville and the Doom of a Texas Town

While researching pre-Prohibition whiskey men, sometimes a “back story” emerges that is so compelling as to turn the account in that direction.  So it was with the Cooneys, wholesale grocers and liquor dealers of Nashville, Tennessee.  Interested in the family for the many and varied whiskey jugs they produced, I stumbled on a story of murder, an alleged curse, and the demise of a Texas boom town. 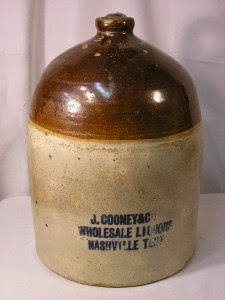 The Cooney family were native-born Irish Tennesseans.  The father, John Cooney, was born in 1827 in Paris, Henry County.   Early in his career he had embraced the grocer’s trade and like many of his peers featured whiskey as a major product.  About 1855 John married a woman named Jennie Lougee, of French descent who originally was from New York.  They produced a family of four children.  The first three were boys — Charles, John L. and Stanley Torrence — and the youngest a girl, Jennie, named after her mother. 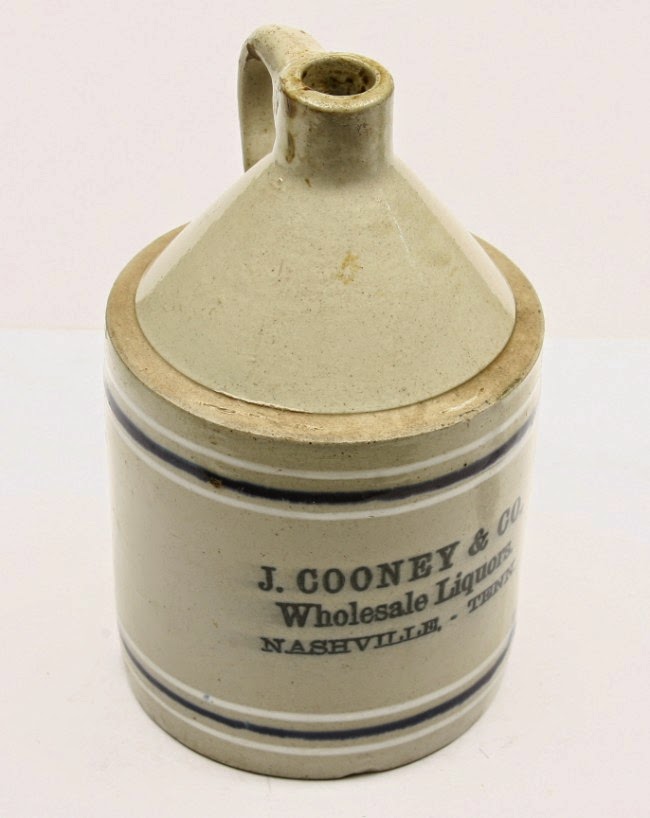 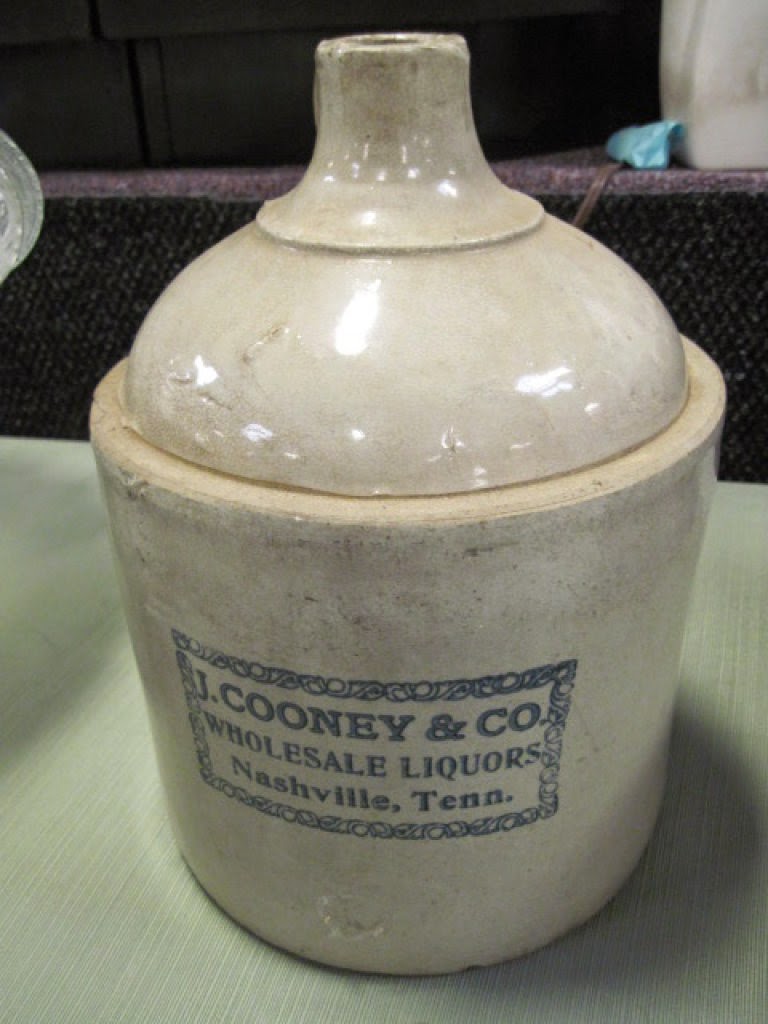 The 1880 census found the Cooneys living in Nashville in an extended family. John was listed as the head of the household, occupation “grocer.”   His son John L. was there with his wife, Lula, and  a one-year old child.  Charles and Stanley were still single and living at home.  Both Stanley and John were working for their father in the grocery.  Charles was a pharmacist.  Rounding out the household was Maria Lougee, the 85-year-old mother of Jennie.   A single maid served the family. 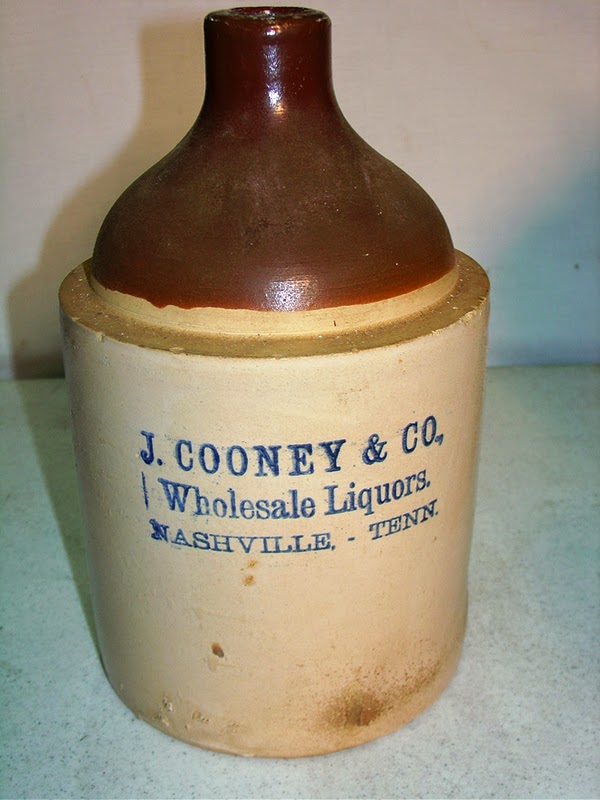 Attention turns now from Tennessee to Texas.  In Travis County in December 1867,  Mary Isabelle Wheeler was born into a prominent Texas family as the daughter of Maggie H. and John Gill Wheeler.  Wheeler was a pioneer storekeeper in Manor, a town about 12 miles from Austin. His brother would serve five years as Lt. Governor of Texas and be a candidate for governor.   Early on Mary showed talent as an artist and unusual for girls in those days, her parents decided to give her the best possible education.  Accordingly as a teenager she was sent to the Columbia Female Institute in Columbia, Tennessee,  an Episcopalian “finishing school,” only a short buggy ride from Nashville. 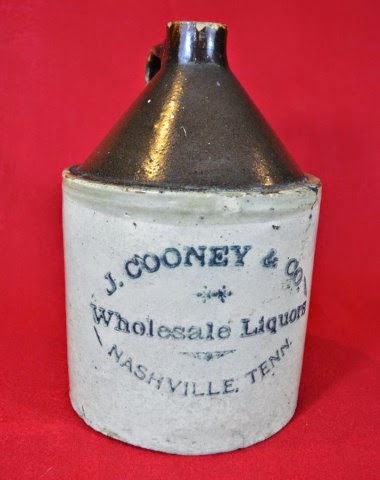 It was there that she met Stanley Cooney and they fell in love.  In 1888 the couple married.  Mary was 21 and her husband 28.  After a year of living with Stanley in Nashville,  Mary became homesick for her family.   She persuaded her spouse to relocate to the Lone Star State and open a business there.  The town they selected was New Birmingham, a newly minted community in East Texas built around local iron ore operations. It was a boom town that quickly had grown to more than 3,000 residents boasting a business district of 15 blocks, with such amenities as a bottling works, an electric power plant, some 400 homes, and 32 mercantile houses.   Beginning about 1888 one of those businesses belonged to Stanley Cooney.  He and Mary settled down to make New Birmingham their home. 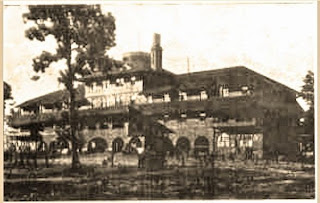 With its two furnaces capable of recovering 50 tons of ore daily, New Birmingham seemed destined to become a major Texas city, a community with seemingly unlimited potential.  The Southern Hotel, shown above, was the center of town social life.  As one observer has written:  Its first register, beginning March 28, 1889, and closing Feb. 9, 1890, recorded guests from twenty-eight states, including Jay Gould of railroad fame and Grover Cleveland, recently come from the presidential chair.…Financiers, who had risked their millions in the attempted development of Cherokee County's iron ore were frequently registered.

No millionaire was more closely associated with “The Iron City,” as it was called, than General William Harrison Hamman, shown here.  A native of Virginia, Hamman was a lawyer and an entrepreneur.  After attending the University of Virginia in the early 1850s, he joined the Virginia militia, becoming a captain by 1856.  In 1858 he moved to Owensville, Roberts County, Texas to practice law.  When the Civil War broke out he enlisted as a private in the famed Hood’s Texas Brigade, rising to the rank of brigadier general by the end of the conflict.

After the war Hamman tried his hand at prospecting for oil, building railroads and developing transportation infrastructure. In 1871 he married Ella Virginia Laudermilk, whose sister was the wife of the iron works owner.  By 1890 Hamman was a dominant figure in the New Birmingham Iron and Land Company, vigorously promoting the town and its future.

How the general and young Stanley Cooney chanced to be acquainted has gone unrecorded.   In July 1890, an event occurred recorded by one newspaper as “Frightful Tragedy in New Birmingham, Tex.”  Despite being described as usually  “notably quiet and gentlemanly in his demeanor,” Cooney was neither when he encountered Hamman.   Blinded by anger, he used both barrels of his gun to shoot the former Confederate down in the street.   The Tennessean’s motive was said to be that Hamman had defamed the character of his wife.  Some whispered, however, that it was Ella Virginia who had traduced Mary. 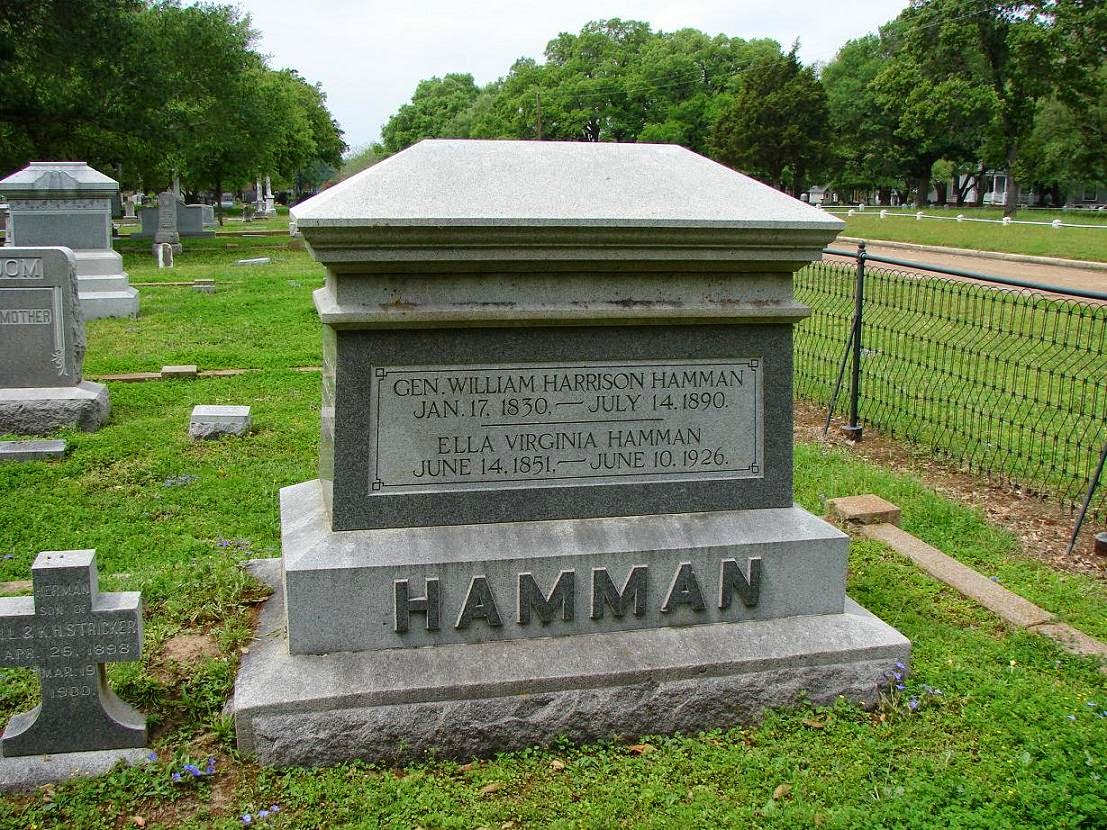 Caught with the smoking gun still in his hand, young Stanley waived a preliminary hearing, was arrested and sent to jail.  When word of this killing reached Nashville,  John Cooney and another family member immediately left for Texas to help his boy.  A Nashville paper opined:  “The news of yesterday was a great shock to them and the universal opinion is that he must have been justifiable in what he did.”  Those sentiments did not translate to Texas.  Despite able legal assistance, young Cooney was convicted of manslaughter and sentenced to prison.  Meanwhile Hamman was buried in the Owensville Cemetery in nearby Calvert, Texas.

After the general’s murder, New Birmingham suffered its own death blows in quick succession.  The panic of 1893 brought the building of railroads to a halt, iron prices dropped precipitously, the town’s major ore plant exploded without funds to rebuild it, and state laws prevented anyone outside from buying land there.  According to local legend, the fatal blow occurred in 1892 with the news that Cooney — likely with help from Mary’s politically potent Wheeler family — had been pardoned and released from jail. 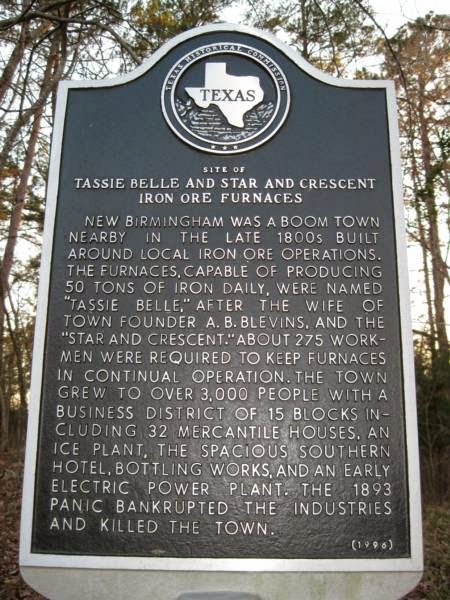 The news appears to have unhinged the Widow Hamman.  “In a fit of outrage and grief,” as it is told, she ran through the streets screaming to the Heavens to “leave no stick or stone standing” in the town.  As New Birmingham slowly died, many saw her diatribe as an omen or perhaps a curse.  With no guests, the Southern Hotel was occupied for years only by a custodian.  It burned to the ground in 1926.   New Birmingham, the boom town had become a doomed town.  It eventually became a ghost town as vegetation swallowed up the site.  Today it is remembered only by a State of Texas roadside marker.

After his pardon, Stanley spared no time in getting back to Tennessee.  The 1910 census found him and Mary back Nashville with the rest of the Cooneys.  He was working at the family grocery just as if nothing had happened.  Mary was launched on her career as an Impressionist landscape artist.  Even today her paintings are sold by Southwestern art galleries for hundreds of dollars.

As followers of this post know, I believe there is a tale to be told behind every pre-Prohibition bottle or jug.  Seldom, however, does the narrative turn out to be as dramatic as the one related here.   When the name on the jug is “Cooney,” clearly the back story can be well worth pursuing.