Between 1860 and World War I as many as 300,000 individuals are estimated to have left areas than now are part of Slovenia for the United States.  Early waves of migrants from that Balkan country were predominantly single men, many of them miners by occupation.  Among them was a six foot, two inch, 250 pound future saloonkeeper and liquor dealer destined to impact a Colorado mining town in multiple ways.  His name was Frank Zaitz. 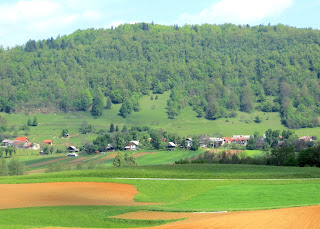 Zaitz was born in 1868 in a small village in the Gorica District of Central Slovenia, shown above.  His family appears to have been fairly prosperous, one brother becoming a doctor, another a priest.  At the age of 17, whether to avoid compulsory military service or a sheer sense of adventure, he left home for America, stopping first in Cleveland where some 30,000 to 40,000 Slovenians lived and worked.  Within a few months, hearing of a booming mining business in Colorado, in 1886 Zaitz headed west. 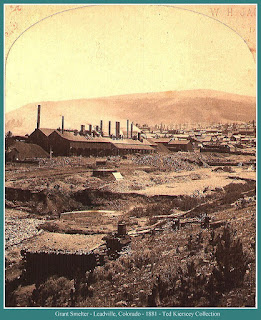 In 1875 two miners had discovered that black lead carbonate sand common in that area of Colorado was full of silver, triggering a human stampede that created a new town, eventually called Leadville.  By spring 1879 people were arriving by the hundreds every day and within months Leadville had a population of more than 10,000.  By the late 1880s the town held twenty-one smelters, separating silver from sand.  Zaitz found employment in one, working for ten years at a paltry $2.50 a day as mine owners became millionaires. 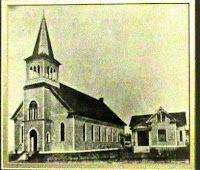 In 1894 Zaitz had saved enough money to marry.  His wife was Mary Bradach, also an immigrant from Slovenia.  By that time more than 1,500 Slovenian immigrants were living in Leadville and had their own Catholic parish church called St. Joseph’s, shown here.  There Frank and Mary wed.  The couple would have three children, Frank Jr., Mary and Angelina. 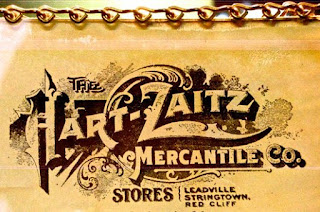 Perhaps it was the impetus of his marriage and growing family that impelled Zaitz to quit the smelters and look for other opportunities.  Reckoning that the burgeoning population in town would need supplies, with a partner, H.W. Hart, in 1896 he founded the Hart-Zeitz Mercantile Company.  Zaitz was president. The “cash cow” of this enterprise was liquor.  The jug shown here would have been filled from whiskey barrels for sales to Leadville’s estimated 120 saloons, 31 restaurants, and its thirsty population. 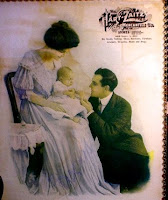 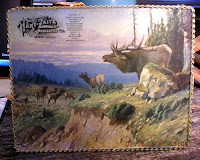 Hart-Zelitz Mercantile seems to have been successful from the outset.  It opened outlets in nearby Colorado hamlets, Stringtown and Red Cliff.  It advertised widely and provided customers with colorful pictures, some on glass, to be hung on the walls of their homes.  As shown above, among subjects were herds of elks and a tender family portrait, 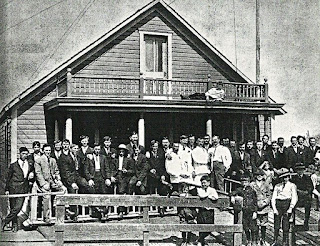 A second demand in Leadville was housing for single Slovenian men working in the smelters, as Zeitz had earlier. With his wife Mary listed as the housekeeper, Frank opened a boarding house similar to the one shown here.  He would sponsor his countrymen to come to the U.S. and give them jobs, most generated by contracts he secured for unloading coal, coke and other materials at the smelters and the Colorado Midland Railroad.  The Slovenians lived in his boarding house.

Located on West Chestnut Street. the quarters contained a kitchen with a long table and a second story dormitory room over the saloon.  According to a descendant, new arrivals would be charged $20.00 a month for room and board, which was much of their earnings.  If they learned to speak English, he gave them an additional $5 a month.  If they learned to read and write, another $5. He has been described as a “generous and kind man, always creating goals for his fellow [Slovenian] immigrants.” Zaitz himself could speak English but never learned to read or write it. 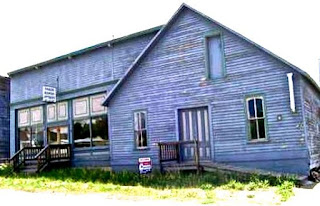 Regardless of his lack of literacy Ziatz quickly proved to his fellow townsman, that he had “the Midas touch.”  In a town devoted to silver,  his endeavors seemed inevitably to turn to gold.  He acquired an entire block of Chestnut Street for his enterprises that included, in addition to his grocery and liquor outlet,  a drug store, butcher shop, bakery, sausage maker, ladies’ and mens’ wear, shoe emporium, hardware and furniture stores.  Shown here is one of Zaitz’s original buildings as it looks today in Leadville.

Other properties included a ranch outside of town where Zaitz produced dairy products and other items for his grocery, the Emmett Mine in Leadville, the St. Louis Gold Mining Company, and the Small Hope Mine in LaPlata County.  Additionally he was a major stockholder in the First National Bank of Glenwood Springs, the Coors beer distributor from Leadville to the Utah line, and co-owned the Colorado Hotel in Glenwood Springs, shown below.   When the state went “dry,” in 1916, the loss of the liquor profits that had fueled his enterprises no longer was critical to Zaitz’s economic success.  He branched out into the automotive field owning a Nash car dealership and a service garage. 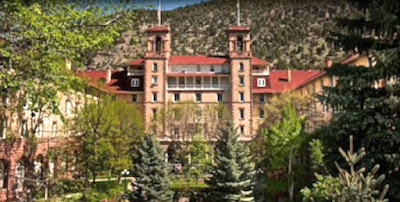 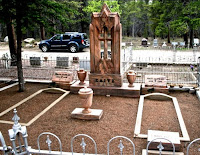 After his son, Frank Jr., was killed in a mountain auto accident while on family business in 1934, Zaitz was reported to have lost interest in his businesses.  His health declined and after a two week illness in May 1936 he died at the age of 68.  He was given a Requiem Mass from St. Joseph Church and buried in Leadville’s Holy Cross Cemetery.  The Zeitz family plot is shown here.

Accounted a multi-millionaire at his passing, the Colorado commercial and mining empire Zaitz had created was inherited by his daughter, Angelina, and her husband.  They proved to be inadequate managers and within a few years Zaitz’s holdings largely had been dissipated.

Nonetheless, during the fifty years Zaitz had lived in Leadville, he had touched and often transformed the lives of thousands.  A tribute to his memory that appeared in the Leadville Herald Democrat on June 1, 1936, encapsulated his story:  “The career of Frank Zaitz shows America was a land of opportunity in a fight against the odds.  He progressed from the hardest manual labor and unfavorable environment to material success with a position of importance in the community.”

Note:  The appearance of the Zaitz jug shown here on an online auction site led me to try to discover more about the whiskey dealer behind it.  That resulted in my finding online a four page essay by Ms. Nancy Carter entitled “Frank Zaitz & Zaitz Merchantile.”  The article appears without any reference to its original publication.   It was the principal source of the information provided here.