Henry Clarke and the Hounds of Prohibition 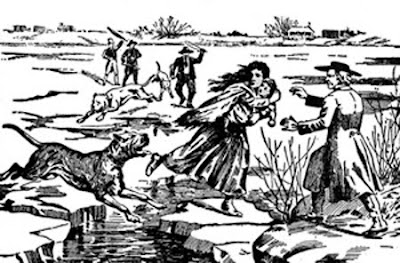 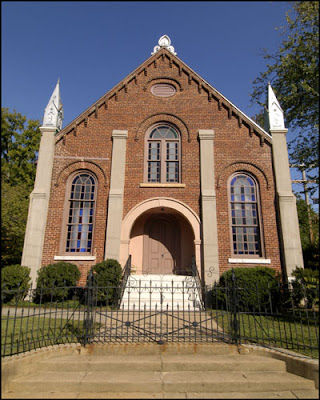 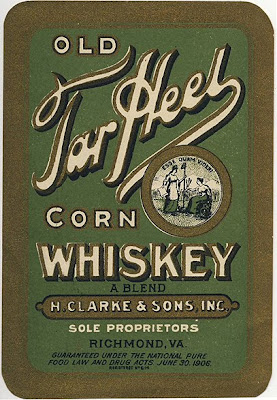 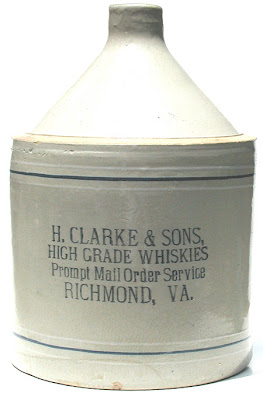 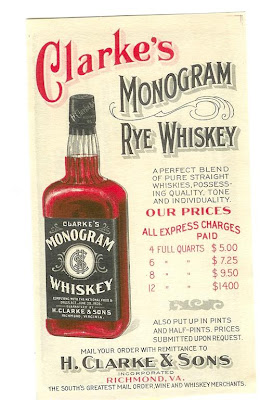 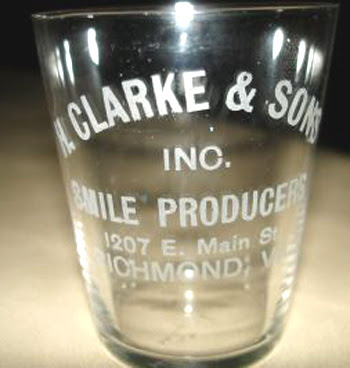 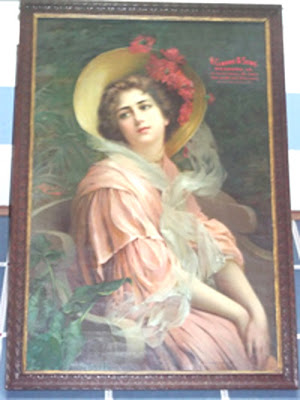 A climactic scene occurs in Uncle Tom’s Cabin where the slave girl, Eliza, baby in arms, hops over ice floes to cross a river to freedom, chased by a pack of bloodhounds. Henry Clarke, a Southern whiskey dealer of considerable imagination, at times must have felt like Eliza. The hounds of Prohibition seemed always to be nipping at his heels.

Clarke’s business career began in Salisbury, North Carolina, where he established a highly successful liquor distribution company in 1884 and brought his three sons -- Emile, Leon and Sol -- into the firm. He was a enthusiastic resident of his state and in 1905 registered his first whiskey brand -- Tar Heel, the state nickname. Its label proudly bore the state seal that had been adopted 12 years earlier

The Clarke family also was active in North Carolina Jewish life. With only a handful of his fellow religionists in Salisbury, Henry and his family regularly traveled 30 miles by horse and buggy to neighboring Statesville, N.C., for Sabbath services in the Fireman’s Hall. Eventually that congregation built an imposing romanesque revival brick synagogue, shown here, which stands today as an historical landmark. The Clarkes were among major contributors to the project. In 1900 the Jewish Yearbook listed Henry as vice president of the synagogue and his son Sol as secretary-treasurer.

Yet even then the Prohibition bloodhounds were on the prowl. Despite its flourishing liquor industry, “Dry” advocates were flooding into North Carolina in an effort to make the state the first in the South to ban alcohol completely. In 1908 North Carolina by a statewide vote of 62% to 38% went totally dry. Within weeks Clarke and his sons were forced to relocate their business to Richmond, Virginia. A 1909 H. Clarke and Sons letterhead from that location lists Henry as president, Emile as 1st vice president, Leon as 2nd vice president, and Sol as secretary/treasurer.

In Richmond H. Clarke & Sons continued to merchandise their Tar Heel brand, despite the disappointment North Carolina had provided. Their ads emphasized the firm as “the South’s Greatest Mail Order Wine and Whiskey Merchants,” and offered free transport within the express territory of the Adams and Southern Lines, at that time the leading package delivery company south of the Mason-Dixon Line. This suggests that the Clarkes were keeping in touch with their Tar Heel customer base by shipping whiskey into the state in two and three gallon jugs, like the ones shown here. Tar Heel Whiskey ads emphasized that the liquor came “packed in plain cases.”

At the same time, the Clarkes were making serious efforts to stave off the forces of Temperance, using tactics similar to many other U.S. liquor distillers and distributors of the time. Some Clarke advertising touted its whiskey as “highly recommended for medicinal and family use,” playing down implications that it also might be fun to drink. Other merchandising items trumpeted that Clarke whiskey was “guaranteed under the National Food and Drug Act, June 30, 1906,” a claim that not only was untrue, but mangled the name of the Federal Food and Drugs Act. Later ads eliminated the guarantee language -- perhaps at government intervention -- but still cited “compliance” with the Act.

Remember that Eliza successfully escaped over the ice floes from the pursing canines and found safety. Henry Clarke and his sons were not so lucky. In 1916 Virginia followed North Carolina and went dry. The firm that had survived for 32 years in two states disappeared forever from Richmond directories.

Henry Clarke and his sons also fade from view. We have only their legacy of jugs, advertising materials and give-aways. Those items remind us of an enterprising whiskey merchant and his three sons who struggled hard to survive but ultimately could not escape the bloodhounds of Prohibition.