The Life and Loves of S.T. Suit: A Jug-Filler's Story 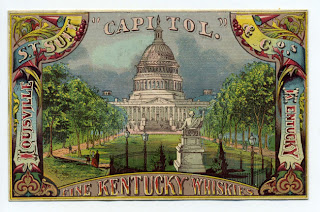 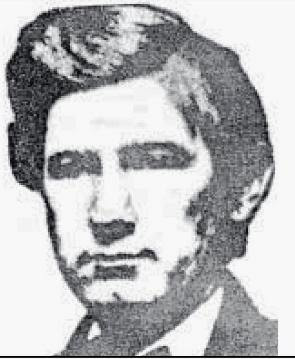 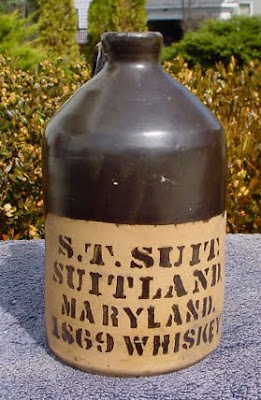 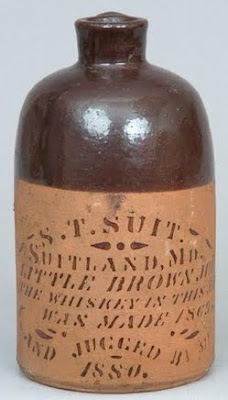 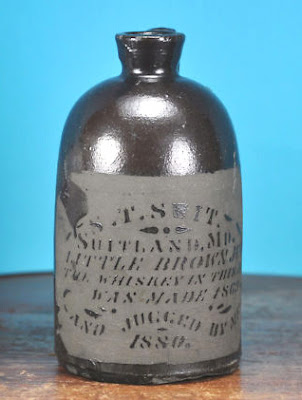 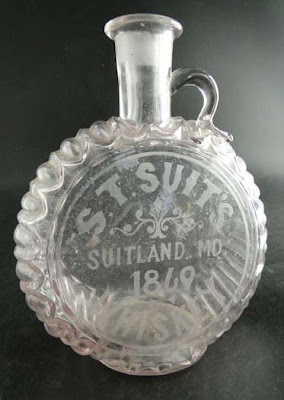 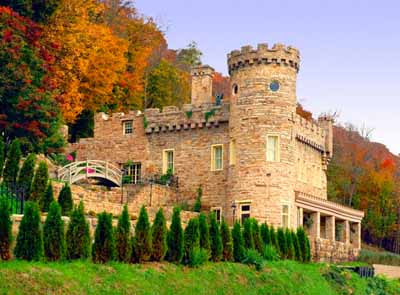 Friend of Presidents, “Kentucky Colonel,” founder of a town that still bears his name, titan of industry, three times a husband, castle-builder -- that was Samuel Taylor (better known as S.T.) Suit. And he owed much of his power and influence to filling the proverbial “Little Brown Jug.”

Suit was born in Bladensburg, Maryland, in 1832. Apparently because his father refused to pay for his education beyond primary school, he headed West at an early age. He lived in Keokuk, Iowa,for a time before beginning his whiskey-making career at a distillery in Louisville, Kentucky. Somewhere along the line he picked up the title of Kentucky “Colonel,” but later would join the Union Army.

The young go-getter apparently had an aptitude for making and selling whiskey because by 1869 he had established his own distillery in Louisville. He stayed in that city for a decade and is reported eventually to have owned the largest whiskey warehouse there. He returned East, first to New York and then back to Maryland. There he bought 300 acres of land just outside the borders of Washington, D.C., and called it Suitland.

In Maryland Suit resumed distillery operations. His company grew and prospered, eventually gaining nationwide sales. He sold his whiskey almost exclusively in brown stoneware jugs, of varying size and labels. To the contemporary eye some Suit labels seem deceptive For years the wording read: “Whiskey in this jug was distilled in 1869,” indicating an aged product. Later he would revise the message to: “Little Brown Jug...whiskey in this jug was made in 1869 and jugged by me, 1880.” His merchandising strategy included gifting saloon with fancy back of the bar decanters, shown here.

The school drop-out turned distiller was gaining notice for his wealth and power. In time Suit owned and operated his own hotel and was acting president of the Anacostia Wharf & Docking Co., the Washington & Chesapeake Railroad, and the Washington City & Point Lookout Railroad. He built an English-style mansion in Suitland that often was a meeting place for dignitaries, including Presidents Ulysses S. Grant and Rutherford B. Hayes. Suit himself became interested in politics and served a term in the Maryland legislature.

Using his political clout, Suit was the driving force behind the creation of a road that connected Anacostia in the District of Columbia with Suitland, Maryland. It became Suitland Road and undoubtedly helped spur development of his town. Even so, at the end of the 1800s, Suitland had only a general store, several churches and six or seven houses, including Suit’s mansion. The town did, however, boast a post office -- more evidence of Suit’s clout with Federal officials.

“Love” was Suit’s Achilles heel. Said to be “tenderhearted and kind,” he had a definite weakness for the ladies. In Louisville, he found his first love, Sarah, and married her when he was about 25 and she was still a teenager. She bore him one child and then at the age of 20, after only a few months as his wife, she died.

Sarah’s death affected Suit deeply and it was shortly after that event that he moved back East, initially to New York City. There his business acumen brought him to the attention of important people, including the president of a major New York insurance company, Arthur Wilmarth. Though him, Suit met his daughter Aurelia, a woman 11 years his junior, known more for her needlework than her looks. Their marriage officially lasted 20 years and produced one son but was contentious right from the beginning with long periods of separation. Eventually they divorced.

In 1878, when Suit was in his mid-40s, he met and fell in love with 17-year-old Rosa Pelham, the daughter of a congressman. Because of the age difference, she initially rejected him. But five years later they encountered each other again near what is now Berkeley Springs, West Virginia. At this time the Colonel was being drawn away from Suitland and his distillery by prospects for developing business at Berkeley Springs. Suit is said to have envisioned the place as a Mid-Atlantic spa to rival Martha’s Vineyard.

When Rosa mentioned that she always had wanted to live in a castle, Suit pledged to build her one if she would marry him. She accepted and three days later, they were wed in Washington, D.C. Not long after Suit began construction of Rosa’s 13-room castle on a ridge overlooking the Berkeley Springs baths. Built to a one-half scale of Berkeley Castle in England, the project took almost five years. Not long before it was completed Suit, age 56, died, leaving Rosa a very wealthy 28-year-old widow with three children, living in a castle.

Although Rosa had many suitors, she never married again, reputedly because of a stipulation in Suit’s will that if she did she would lose everything he had bestowed on her. That did not prevent her from spending many nights with her suitors in the castle. One night, following an argument, one of them fell or was pushed from the roof to his death. He is said to have cursed the heiress and haunted the castle ever since. Rosa herself eventually lost both her money and her mind. In the 1920s she was evicted from the castle, went West with a son, and died there.

Meanwhile, with no one to tend the whiskey business, S. T. Suit Distillery went out of business well before Prohibition; one date given for its demise is 1888. Samuel Taylor Suit himself is buried in St. Barnabas Church cemetery, Oxen Hill, Maryland. The little brown jugs that brought him fame and fortune are found in collections nationwide. And the castle, highly visible from U.S. 522 as one enters Berkeley Springs, remains a tourist attraction -- albeit a haunted one -- to this day.
Posted by Jack Sullivan at 2:25 PM