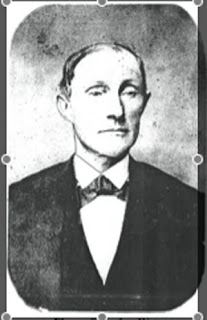 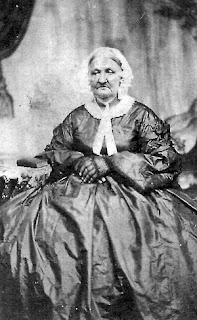 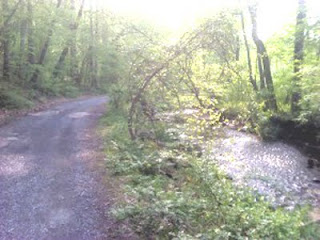 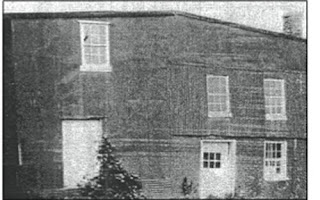 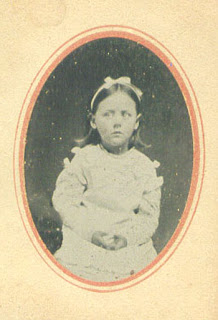 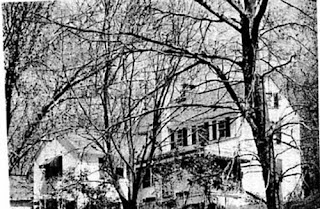 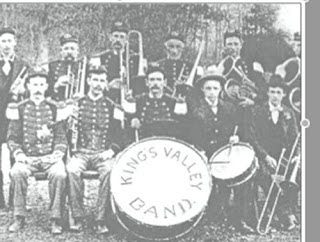 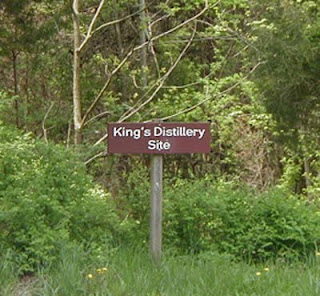 Just inside the Montgomery County, Maryland, line Luther Green King cooked up his rye whiskey. Luther, shown here, was the son of John Duckett King, an early settler and large landowner in the northern section of the county. This pioneer family gave its name to the community of King’s Valley and to Kingstead Road. The elder King, born in 1798, and his wife, Jemina Miles, shown here, had 13 children, most of whom lived to maturity and had large families of their own. Maryland historians assert that more than 10,000 people living today can trace their ancestry to this couple.

Born in 1825, Luther was the fifth of John and Jemina’s six sons. Upon his father’s death in 1858, he inherited an equal share in 217 acres, enough to begin a small farm. His father’s will also remanded to him and his brothers ownership of two slaves. Distilling may have been a natural step for Luther since he had manpower at his disposal and could easily buy rye grain from nearby growers. Along scenic Little Bennett Creek he built the only distillery ever known to exist in Montgomery County,

The distillery, shown here, was a three story wooden structure, with an office for making sales and a loading dock where horse-drawn wagons could carry away barrels of whiskey. It was a modest operation, probably operated in close conjunction with Luther’s farming interests. The clientele likely was a local one. Collectors of Maryland whiskeys aver that they do not know of a labelled King-made whiskey bottle or jug. This suggests that Luther sold his stock to saloon-keepers who doled it out a drink at a time or filled containers brought in by their customers. Nonetheless, Maryland rye was the drink of choice for most of King’s neighbors and trade probably was brisk. .

For much of his distilling career, King and his family lived in a modest log cabin near the business. His house was just three bays by one bay with a small front porch and a foundation of local field stone. . His first wife was Tabitha Browning, whom he married in 1848. They had one child, Homer. Tabita died in 1873. Not long after he married Mary Howe. With her death a few years later, he married again in 1899 when he was 74. Wife Number Three was 19 years old and his great-niece, Mary Lorena King, who may be the child in the picture shown here.

It was for Mary Lorena -- and probably at her strong urging -- Luther built the large new frame house he called “Trouble Enough Indeed.” We can speculate that this was a either a reference to the frequency with which Luther King had become a widower or to the traumas of keeping a child bride happy. The house, shown here, incorporated the original log structure. It was three stories, 1,880 square feet and sat on 4.88 acres.

Besides whiskey, the great passion in Luther King’s life was music. He lived at a time when many communities prided themselves on their brass band. Nearby Hyattstown bragged that its ensemble was “not to be excelled by any band in the county.” As a younger man Luther had learned to play the trombone and was a member of the Clarksburg Band. Subsequently he formed a musical group of his own called the Kings Valley Band. It included at least six other members of the extended King family. A photo of the band taken in the early 1900s shows Luther, back row, fifth from left, clearly its oldest member.

The spacious new home was not the only sign of King’s growing prosperity. He was also buying land for farming purposes and came to own 176 acres, 70 acres of it fertile farm land. It appears his wealth primarily was generated by the distillery. At his death in 1909, age 84, Luther left a substantial estate. The principal item was 49,000 gallons of whiskey in bond -- worth a fortune -- representing five years of product (1904-1909). King willed “Trouble Enough Indeed” to his widow, Mary Lorena, who later remarried. He gave the land on which the distillery sat to his brother John and the distillery itself to his grandson John R. Lewis. He also left his heirs 19 new whiskey barrels, 50 bushels of malt, and 90 bushels of rye.

With Luther King’s passing, whiskey production appears to have ceased almost immediately. We can speculate that the family was unwilling or unable to continue the operation. Today the distillery site is covered over with scrub trees, vines and weeds, at the southeastern edge of Little Bennett Regional Park. The only indication that it ever existed is a historical marker erected by the county at the site.
Posted by Jack Sullivan at 9:30 AM