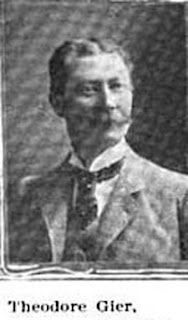 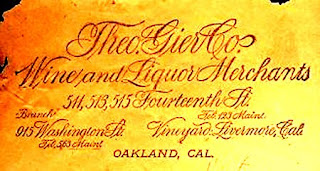 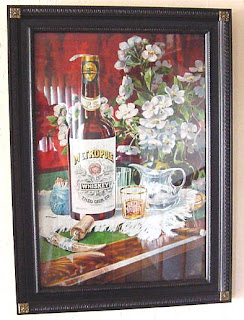 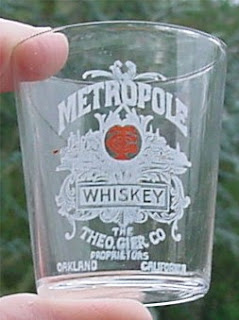 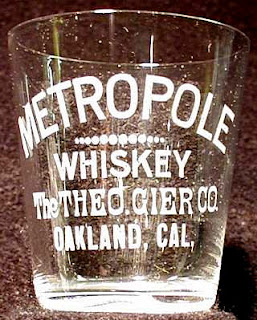 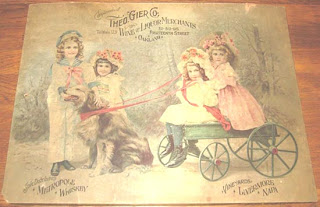 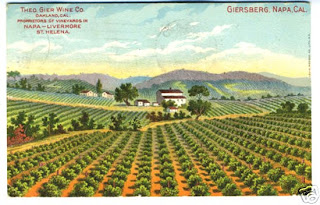 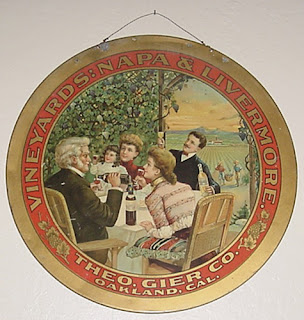 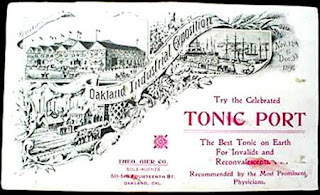 Theodore Gier came from Germany experienced in making and selling wine, found American drinkers first and foremost wanted whiskey, provided it, and used the proceeds to become one of California’s great Wine Barons. In the process he left a legend of flamboyance and erratic behavior that reportedly landed him in jail more than once.

The story begins in 1860 when Gier was born in Piene, Hanover, Germany. Educated in German schools and with some knowledge of wine making, he joined the tide of Europeans migrating to the United States about 1880. After stopping briefly in Chicago, apparently drawn by the prospect of a more promising future, he left for California in 1881 where he bought a small ranch.

Shown here in maturity, Gier sold quickly sold his ranch and in 1883 began a grocery store in Oakland. The venture apparently was a success with his sales of liquor particularly leading to profits. In 1886 he married Ferdinanda Hornung, a native of Marysville, California, also of German descent. They would have three children, daughters Grace, Elsa and Amalie. With his increasing wealth in 1892 Gier began a liquor and wine dealership he called the Theo. Gier Company. A billhead shows his addresses on Fourteenth Street and a branch on Washington Street where he also ran a saloon.

While Gier seems from the beginning to have favored wine and winemaking, he realized that his customer base was more accustomed to drinking hard liquor. As a result, much of his merchandising was aimed at selling his flagship brand, Metropole Whiskey. The Metropole sign shown here also depicts one of most collector coveted shot glasses, one etched with a red insignia. Gier also featured less ornate shot glasses for Metropole. His whiskey could be purchased in quart or flask sized amber bottles and was advertised by trade cards featuring children.

For Gier selling whiskey was a means of getting the money to enter the wine business in a big way. He wrote: "In 1892, in company with two gentlemen from Rhode Island by the names of Barker and Chesbro, I traveled through Germany and Austria, visiting the leading wineries, inspecting their methods and studying their wines with a view of acquiring such information as might be of service in this country, and brought back much valuable knowledge, some of which I have been able to put to practical use; but, on account of the difference of our soil and climate, everything must be modified to suit our conditions.”

Gier began to buy vineyards in Alameda County. In 1893 he purchased a vineyard in Livermore, in 1898 another at Napa and in 1901 the second vineyard at Livermore. He also owned a vineyard at St. Helena, purchased in 1903. His extensive wine making interests were conducted under the name of the Theodore Gier Wine Company which was incorporated for one million dollars. He operated vineyards said to have been more than one thousand acres and had wine cellars at his vineyards capable of storing more than a million gallons. Ever flamboyant, he called his lands “Giersburg,” as shown on a postcard and issued elaborate lithographed signs advertising his wines.

While Gier was winning medals for his vintages and becoming a Wine Baron, he also was being recognized as a California business leader. He was one of the founders and director of the Security Bank & Trust Company of Oakland, aided in the establishment of the Merchants' Exchange, which he served as president and director, and was one of the founders and directors of the Oakland Chamber of Commerce. He was a major promoter of the Oakland Exposition of 1897, issuing a trade card on its behalf that also touted a Gier medicinal tonic. He also was a prime mover for construction of a tunnel between Alameda and Contra Costa counties.

Gier’s fortunes, however, were about to change. He had always maintained strong German ties. During the Box Rebellion in China he had made contributions to the international force fighting the Chinese. For that effort, in 1903 Kaiser Wilhelm of Germany honored him with the Order of the Crown. With the outbreak of World War I, however, the Kaiser was America’s enemy. In 1818 Gier and some cronies were jailed for a short time for singing German patriotic songs in public. A press account indicates this prominent Oakland businessman subsequently was forced by vigilantes to kneel and kiss the American flag.

The end of the war was followed rapidly by National Prohibition when sales of whiskey and wine were forbidden. Even so, some California vintners continued operations, although they took extraordinary efforts to conceal their illegal activities. Among the scofflaws was Theodore Gier. He moved wine from one cellar to another without proper permits and eventually was caught selling wine to an undercover agent. Following a trial in which he was found guilty, Gier, now in his 60s, served jail time. In additions to fines, he lost 20,323 gallons of wine from his Napa area winery, unceremoniously dumped by authorities into a sewer.

When the Feds confiscated his vineyards they were said to be worth $2 million, 10 times that in today’s dollar. By 1929 Gier had lost most of his wealth and was pressed financially. He sold his land holdings to the Christian Brothers, a religious order, for a measly $50,000. Of that only $10,000 was in cash, the rest was part of a real estate swap. A report which I have been unable to substantiate says that not long after the sale Gier committed suicide. Thus ended the spectacular career of an entrepreneur who was able to turn whiskey -- and its profits -- into lots and lots of wine.
Posted by Jack Sullivan at 10:14 AM