Antonio Patorno — Caught in a Web of New Orleans Violence 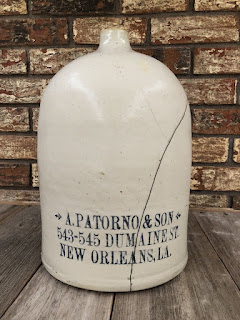 The whiskey jug displayed here tells the story of a man whose life became entwined with the murder of the New Orleans police chief;  the arrest of colleagues, including his brother,  and the largest lynching of white men in the history of America.  He was Antonio Patorno, politician, militia captain, saloonkeeper and liquor dealer.

Beginning about 1884 and continuing through to 1924, an estimated 290,000 Italian immigrants -- many from Sicily -- arrived in New Orleans fleeing economic and political unrest.  So many settled in the then run-down French Quarter that it gained the name, “Little Palermo,” the Italian town where Antonio (sometimes “Antonino”) Patorno had been born in 1849.

Only eight years old at the time and apparently accompanied by other family members,  Antonio emigrated from Sicily to the United States in 1857, according to a passport application.  He would spent his entire life as a resident of New Orleans.  The passport description describes him as a five feet, four inches tall, with blue eyes, brown hair, and prominent facial features. 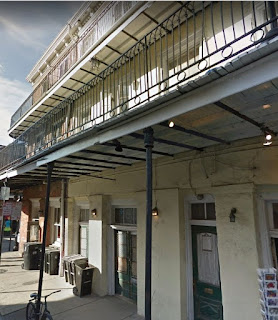 Patorno's early employment has gone unrecorded but he likely was working in the grocery and liquor trade.  He is first recorded in New Orleans business directories in 1876 running a saloon and liquor store on Dumaine Street in the French Quarter.  Later, with significant success in his trade, he would move his premises to 543-545 Dumaine, the location shown here as it looks today.  Antonio had married at the age of 25 in 1874, the same year as his naturalization as a U.S. citizen.  His bride, a woman still in her teen years, was Virginia Sparicio, born in Louisiana of Italian immigrant parents.  The couple would have six children, four of whom lived to maturity.

Soon recognized as a successful businessman, Patorno also was exercising a leadership role in the Italian-American community.  Considered a “rising star” in the New Orleans Democratic Party, he was elected as an alderman in the early 1880s from the predominantly Italian Fifth Ward.  Records of his tenure include his activities on behalf two youngsters, Grazia and Dominica Pecuraro, whose father had died in the Charity Hospital and whose mother was unable to provide them support.  Alderman Potorno vouched for their needs and helped find them homes.

One observer has noted:  “By the late 1880s, he [Patorno] had built a strong circle of supporters….”   Among those adherents were members of the “Tiro el Bersaglio [Target Shooting] - General Garibaldi” militia.  By law Independent militias could not exist in Louisiana without explicit authorization of the Governor.  Otherwise their marches, drilling and meetings were forbidden.  An exception was made in the case of a handful of organizations, including the Tiro el Bersaglio, on the basis of a promise to be mustered into State service upon an emergency call of the Governor.  Patorno was their elected captain. 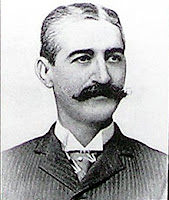 Whatever sense of satisfaction Antonio felt in his personal and professional life, the year 1890 would change everything.  New Orleans was undergoing a period lawlessness, corruption and unrest.  On the night of October 15, as the New Orleans police chief, David Hennessy, shown here, was walking home he was gunned down on the street.  As he lay dying he is reputed to have whispered, “The dagoes did it.”   Rumors abounded of Mafia involvement.  A mass arrest of Italian-Americans and Italian migrant workers followed.

From his position of leadership, Patorno vigorously argued against the arrests.  At the same time he deplored the Hennessy murder.  He told a Daily Picayune reporter that as a New Orleans citizen and merchant he would do all in his power to “support and protect the honor and welfare of the city.” Among those taken was his brother, Charles, who is said to have had a strong resemblance to Antonio.  Although he was among nineteen men subsequently indicted by a grand jury, Charles was not tried among an initial group of nine accused — but kept locked up.

In an attempt to exculpate the Italians, Patorno helped circulate a letter from a prison inmate in Baton Rouge that claimed five Americans had killed the police chief.  It named names.  Turned over to the District Attorney, existence of the letter was ignored.  Begun on February 16, 1891, The trial was conducted in a circus-like atmosphere.  One of the accused, possibly mentally ill, confessed and implicated others, but later retracted.  He is the man standing in the newspaper illustration below.

As Washington’s birthday approached the Governor ordered all the New Orleans militia to march in commemoration.  Because February 22 was a work day the response was meager.  Only the Tiro el Bersaglio turned out in full force, possibly to show the patriotism of Italian citizens.  With Captain Patorno at their head, they marched but found themselves dogged by boys jeering “Who killa de chief?” and throwing dirt clods at Patorno’s men.  Shaken, the saloonkeeper considered returning to the armory but decided to stay the course, even amid the mudslinging, while warning his men against any retaliation. 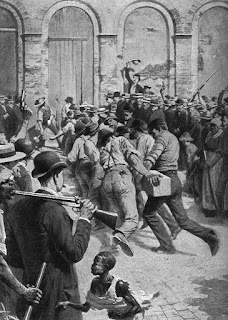 In a decision rendered on the afternoon of March 13,  the New Orleans jury found six of the defendants not guilty and could not reach agreement on the other three and a mistrial declared on their cases.  The next day a mob with guns gathered at the statue of Henry Clay on Canal Street and were whipped into a frenzy by their leaders.  The lynch mob broke into the jail and shot on the spot or took out and hanged eleven men, all Italians.  They included those tried and acquitted, those on whom the jury had deadlocked and others who were awaiting trial. Only eight of the nineteen arrested survived the lynch mob.  Among them was Charles Patorno. 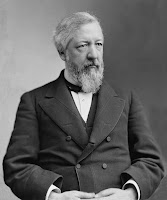 After a New Orleans grand jury exonerated the mob leaders on May 5, the clamor of public opinion in Italy reached a fever pitch. The Italian ambassador demanded that the U.S. government take action to protect Italians and provide restitution.  When Secretary of State James Blaine, left, seemed to temporize, the ambassador went home, triggering rumors of war between the two countries.  Italy boasted a navy considerably more potent than the U.S. and the Atlantic seaboard was woefully unprotected.  The threat passed when President Benjamin Harrison ordered a U.S. government award of $25,000 (equivalent to over $600,000 today) to the families of Italian citizens who had been lynched.

The story of Hennessy’s murder and ensuing events is narrated in detail in the book “The Crescent City Lynchings” by reporter and writer Tom Smith (The Lyons Press, Guilford Conn. 2007.)  While Smith gives Patorno only a peripheral role, another author, Professor Daniela Jager at the University of Innsbruck, Austria, in an article identifies him as a central figure in the tragic events.

Prof. Jager suggests that Patorno’s faction in the New Orleans Democratic Party represented a “distinct threat” to the party establishment.  She discusses the efforts of Patorno’s Italian supporters to dominate the city’s fruit trade. “But it could also be argued this was simply evidence of a new urban machine on the rise, based on political, economic, and ethnic ties,” she writes.  She asks:  “Was the Patorno political faction of the Regular Democrats responsible for Hennessy’s murder?”  She then trots out a few speculations to back up her premise that the culprits were, indeed, Patorno's adherents.  In the end, however, she admits that the role of the whiskey dealer’s supporters in the crime “will never be known for certain.”

I find Prof. Jager’s analysis highly speculative and unconvincing given other accounts. In his book Smith does not even include Patorno in his long list of “key characters.”  Certainly Antonio Patorno went on with his life and successful business career without further major incident.  The 1910 census found the family living in the French Quarter not far from Patorno’s place of business.  The family grouping included Antonio, his wife Virginia, sons Antonio Jr. and John, John’s wife Louisa, their son Anton, and Virginia’s sister Antoinette.  They were living in a magnificent mansion that Patorno had purchased at 915 Royal Street.  Shown here, it currently is a luxury hostelry called The Cornstalk Hotel, after the surrounding wrought iron fence, painted to resemble cornstalks. 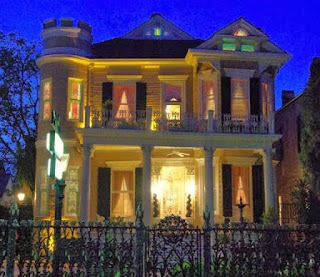 By this time Patorno had moved his saloon and liquor business from Dumaine Street to 900 Chartres, the  building shown here as it looks today.  Both sons Antonio Jr. and John were working for him.  Because Louisiana remained reliably “wet” while other Southern states adopted prohibition, Patorno’s trade likely continued to be brisk over ensuing years.

As he aged, Antonio’s health deteriorated and he died in September 1919 at the age of 69.  He was interred in New Orleans famous “above ground” Metairie Cemetery in the Patorno/Sparico tomb, shown here.  Patorno’s name is engraved in the marble.  His wife Virginia, who died in 1934, also lies within the sepulchre.

Thus ends the story behind the jug, the image that opened this post.  What happened during those few fateful months in New Orleans will continue to be discussed and debated as a shameful chapter in American history.  Within that discourse the role played by Antonio Patorno, whiskey man, likely will remain a subject of controversy.

Note:  Prof. Jager’s article on the New Orleans lynchings appeared the 2002 issue of the publication “Arbeiten aus Anglistik und Amerikanistik,” available in translation through JSTOR.  She was associated with the Institute for American Studies at the University of Innsbruck.