D. Canale Pushed His Cart into a Memphis Dynasty 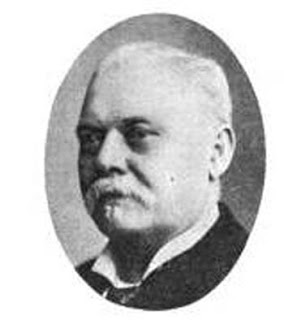 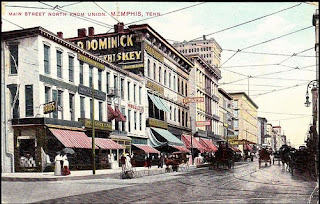 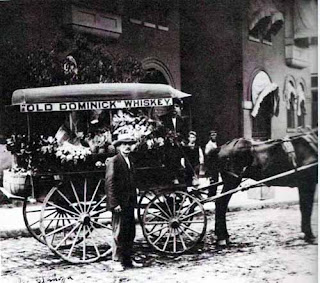 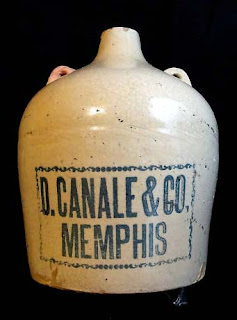 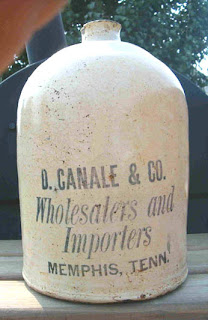 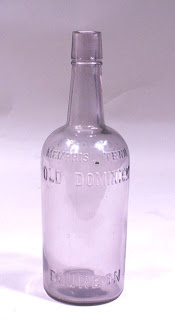 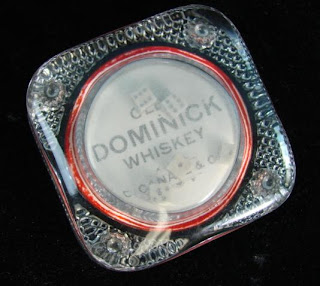 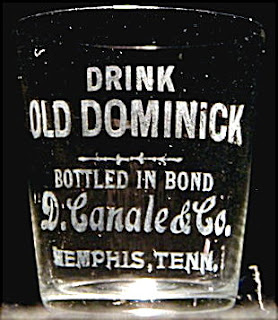 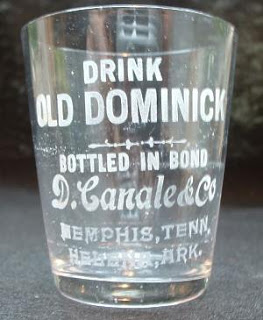 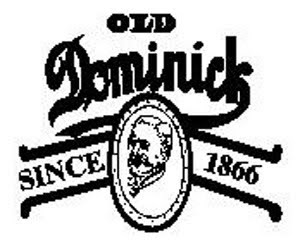 In 1859, an immigrant Italian boy of 16 stepped off the steam boat John Simon onto the dock at Memphis, Tennessee. It would be his home town for the rest of his life and upon his death he had created a liquor and mercantile family dynasty that survived until 2010. His name was Domenico Canale, shown here.

Canale, also known as Dominic, Dominick or D., was born in San Pietro de Rovereto, a community in the city of Zoagi, near Genoa, on the Italian Riviera. He was the son of Giovanni Canale and Antoinette Vaccaro Canale. A year after Domenico’s birth, three of his mother’s brothers, led by A. Vaccaro, migrated to Memphis, establishing a liquor and wine distributorship and import business that initially was very successful.

When Canale left the river boat he walked into the welcoming arms of his uncles who gave him a home and employment in their enterprises. After working for the Vacarros for several years and saving his money, he struck out for himself. He began selling fruits and vegetables from his own push cart while continuing an interest in the liquor trade. The Canale company claims its origin in 1866.

During this same period Domenico married Catherine Solari, a woman seven years his junior who had been born in the same district in Italy as he had. She was the sister of a noted Italian-American painter, Mary Solari. They would have eight children, five sons and three daughters.

Within seven years Canale had graduated from his produce wagon to selling from a warehouse at Eight Madison St., near Front Street. Called D. Canale & Co., his company sold wholesale vegetables and fruit and also a quality bourbon whiskey that he named “Old Dominick.” Canale also distributed a number of beers including Pabst Blue Ribbon and Champagne Velvet. At the time it was a natural extension for a produce house to distribute beer since beer at that time was not pasteurized and produce houses could provide refrigeration.

The D. Canale organization first shows up in Memphis business directories as a liquor house in 1885. The Old Dominick brand of whiskey rapidly gained a local and regional customer base, advertised lavishly by Canale in large signs in downtown Memphis, as shown here, and, remembering his own roots, in a modest line over Joe Spinoza’s produce wagon. Canale sold his whiskey in stoneware jugs, with his name prominently displayed, as well as in glass bottles. He also became known for his giveaways to saloons and other favored customers, including paperweights and shot glasses. Eventually he opened a branch office down the Mississippi at Helena, Arkansas.

As Canale prospered the Vaccaros were on a different trajectory. A. Vaccaro had grown in influence in Memphis serving it as Police and Fire Commissioner. In 1869 he had helped found the Union and Planters Bank in Memphis. In 1883 the company was reported flush with revenues of $300,000 annually. By the late 1890s, however, the liquor organization was foundering and with A. Vaccaro’s death in 1899, reported to be $124,000 in debt. Forced into bankruptcy, the surviving brothers let the firm go out of business. 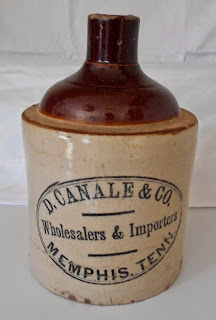 Meanwhile, Canale’s continued success was drawing attention in Memphis business circles. In 1905 a book entitled “Notable Men of Tennessee” featured him with the photo shown here. His brief biography stated that “today [he] stands at the head of the fruit business of Memphis and, perhaps, of the South. It added that: “Mr. Canale is what is rightly termed a self-made man, and has won his position in the social and commercial life of Memphis by his industry, his native ability, and the exercise of correct business principles.”

The same biography reported that Domenico belonged to the Memphis Business Men’s Club, the Merchant Exchange, the Industrial League and was a member of the Catholic Church. It noted the pride that the Canale’s took in their children and the “high respect and parental love constantly manifested by them.” Those sentiments presumably led Domenico as they matured to take four of his sons -- John, James, Anthony and Andrew -- into the business, which he incorporated in 1910.

Increasingly through the early 1900s, counties in Tennessee were going “dry” under local option and having negative effects on D. Canale & Co. Domenico, however, died in 1919 before the advent of National Prohibition. He is interred in Calvary Cemetery, a Catholic burying ground in Memphis.

Because whiskey and beer were only part of D. Canale’s business, the firm weathered the Temperance “storm” by concentrating on fruit and vegetable sales. With Repeal the Canale family continued “Old Dominick” for a time, updating the label as shown here, but eventually dropped their liquor business to concentrate on beer and produce. Over time D. Canale & Co., led by a 90-year dynasty of family members, branched into food services. The Canales sold their beverage business in 2010 but continue to own other enterprises in Memphis.

The family still honors the founder’s legacy by overseeing the Canale Charitable Foundation, the largest privately funded foundation in Memphis. Fittingly, the foundation dedicates its funding to preserving and improving the home town a 16-year-old immigrant Italian boy named Domenico adopted in 1859.

Note: Recently a descendant put material about D. Canale on Wikipedia and included some images I sent to him. The item contains details on the Canale firm after Domenico’s death that are not found here. It can be accessed at: http://en.wikipedia.org/wiki/Domenico_Canale.
Posted by Jack Sullivan at 8:40 AM