Shown above is a letterhead for the The Valley Saloon, a drinking establishment in the small but violence-ridden town of Saco, Montana.  It identifies as the proprietor a man named “Tom Dunn.”  In January 1897 he was writing to a wholesale liquor dealer to complain about shipping charges on his recent order.  But “Dunn” never existed nor would the saloon owner using that alias live beyond the following year. 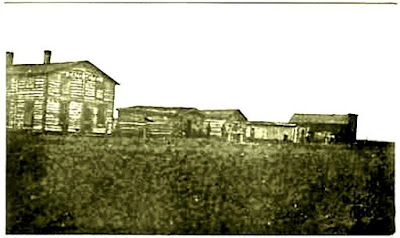 When the man calling himself Tom Dunn about 1893 rode horseback into Saco, no one in that ramshackle town, shown above, knew who he was.  He had sufficient money to buy a local saloon, became known as its genial proprietor, and even, some said, got married and settled down.  “At the time of his death,” reported one Montana newspaper: “He had a fairly good reputation among his neighbors and others who knew him.” 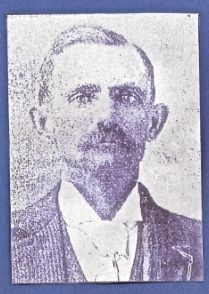 “Tom Dunn” was, in truth, Ed Starr, a member of several well known outlaw gangs.  According to Helen Huntington in her book, War on Powder River,  Starr was regarded as a “vicious nonentity” and “a killer for killing’s sake.”  When he arrived in Saco, Starr was on the lam from Wyoming, wanted as the head of the Hole in the Wall Gang and the gunslinger who had killed a United States marshal.

Starr’s murder of the federal officer occurred when the marshal and a deputy entered a saloon in a Wyoming cowtown and attempted to arrest the outlaw for cattle rustling.  Known for his skill with a gun, Starr killed the marshal with a single bullet while a companion rustler dueled with the deputy.  In the melee, Starr ran out the back door of the saloon and escaped. Before long he showed up in northern Montana as “Tom Dunn,” saloon keeper and livestock broker.  He soon was appointed deputy livestock inspector, reputedly compiling a good record.

Old habits die hard, however, and in 1898, about nine miles from Saco, Starr/Dunn became involved in selling a string of horses, some of them apparently rustled.  In this scheme he had as a partner another notorious Western “bad man” named Henry Thompson, known as “Long Henry.”  Thompson almost certainly knew Ed Starr and earlier may have been in a gang with him.  When the time came for the two to settle accounts on the stolen animals, they could not agree on a division of the profits. 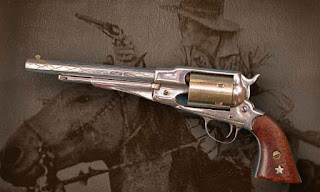 Angry with Thompson’s demands, Starr/Dunn began telling people in Saco that “Long Henry” had cheated him.  In that small town it did not take long for the word to get back to Thompson himself.  He cocked his gun and  went looking for Starr/Dunn. On August 6, 1898 Thompson found the saloon owner and fugitive outlaw saddling a horse at a local ranch. He had laid his six shooter on a fence post.  Thompson accosted him with “I understand you say I have been robbing you.”  Starr/Dunn said nothing, grabbed for his gun and fired twice at Thompson.  According to press accounts:  “The first bullet cut a gash in Long Henry’s scalp and the second made a flesh wound in his side.  But neither of them knocked him down.”

Almost simultaneously Thompson, also an expert markman, fired three times.  The first bullet struck Starr/Dunn in the heart, killing him instantly.  The other two shots hit him in the body as he fell to the ground.  A Montana newspaper noted:  “Dunn was widely known as an expert with a gun and his friends could never understand his poor marksmanship on that occasion….[Dunn], probably, in getting off that first shot, lost the delicate balance which usually sent his bullets dead center.” 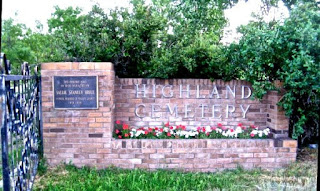 The bullet-ridden Ed “Tom Dunn” Starr was buried in Highland Cemetery in Glasgow, Montana, about 42 miles from Saco.  His funeral was well attended by the friends and acquaintances he had made in Montana.  The Reverend S.W. Russell, an Episcopalian priest from Miles City, conducted the funeral service.

Following the gunfight Thompson immediately surrendered to authorities in Saco. He told a somewhat different story, one with no reference to horse stealing, claiming that:  “I worked for Dunn during the summer helping build a dance hall and when we came to settle up I thought he had beaten me out of some money.”  In Thompson’s version, Starr/Dunn had come looking for him.  A coroner’s jury, to no one’s surprise, subsequently acquitted Long Henry on the grounds of self defense.  Only one witness appeared. 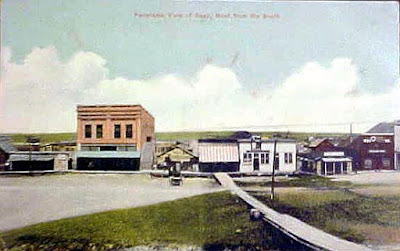 Ironically, Thompson would meet his demise inside the Valley Saloon, now under new ownership. As shown above, Seco also was developing rapidly.After killing Ed Starr, Long Henry’s reputation as a gunslinger had grown.   It was said of him that whatever his target, even birds on the wing, he rarely missed. He was called "the most desperate character in Montana." A Montana newspaper reported: “ Long Henry answered the description of a dime novel desperado to perfection.  He was a tall, rather silent, man of dark complexion.”   An artist’s depiction of him meets that description.

In February 1902, Thompson returned to Seco with a wad of money.  He attracted the attention of a woman named Georgia Grant who up to that time had been living with local named Eddie Shufeldt, a jealous man.  When Shufeldt found to two together at the Valley Saloon, he cursed her and Thompson slugged him on the jaw.  The gunslinger then left the premises reputedly telling Schufeldt:  “You want to look out for me, for when I come back, I’ll come a shootin’” 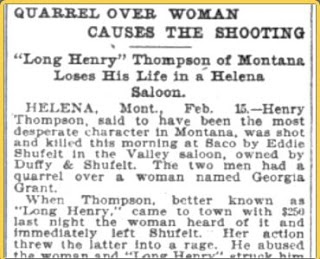 When Long Henry returned 15 minutes later, Shufeldt was standing next to the saloon door.  Although he later claimed Thompson had a gun in his hand when he entered no one else saw it.  The jilted lover emptied his sixgun point blank into Thompson’s body.  Later Georgia Grant announced she would shoot the first man who claimed she was the cause of the fight.  That did not discourage newspapers in Montana and elsewhere in the West from their headlines.  Several days later Long Henry was buried in the Grandview Cemetery in Seco.

Then arose the legendary “curse” of the haunted mirror.  Starr/Dunn had owned a particularly ornate mirror, possibly one to grace the back of the Valley Saloon bar.  Possibly as part of the compensation presumably still owed him after the saloonkeeper’s death, Long Henry Thompson took the mirror and subsequently was fatally shot. According to local lore, in quick succession five other owners of the mirror met violent deaths.  The eighth owner was gunned down in a Glasgow, Montana, saloon and a ninth drowned a week after buying it.  After that the mirror found no sale.  An unnamed person in charge of the mirror would not even touch it, declaring that so far as he was concerned the cursed object might remain forever out of sight.

Note:  Often I am put on the trail of am interesting whiskey man by a bottle or jug. The story here began with finding a letterhead for the Valley Saloon in Seco, Montana with a proprietor calling himself “Tom Dunn.”  In tracking down Dunn I came across an article from the Flathead (Montana) Courier newspaper that carries neither a date nor a byline. It chronicles the deaths of both Ed “Tom Dunn” Starr and “Long Henry” Thompson.  Additional material was gathered from ancestry.com and other Internet sources.

Posted by Jack Sullivan at 6:51 AM