Billy Foust and a Banana Full of Whiskey 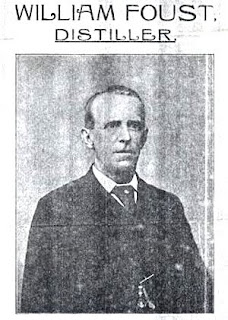 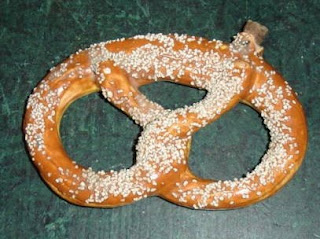 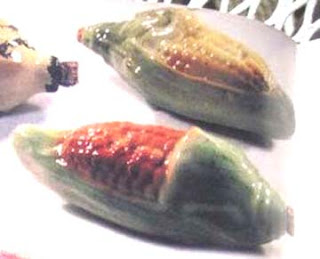 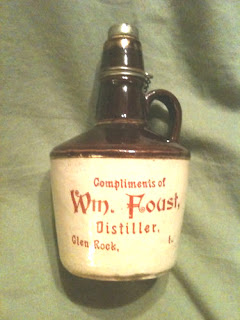 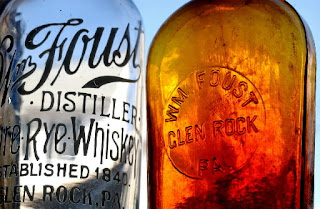 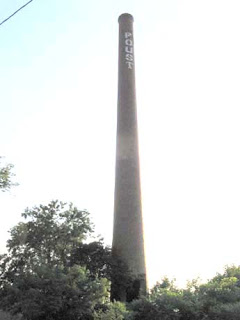 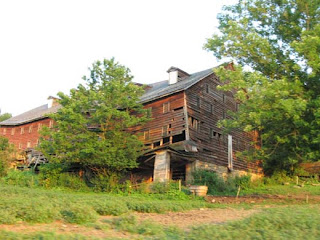 Born in 1838, William “Billy” Foust in 1858, age 22, took over a distilling operation that his father had begun in 1840 at the family farm near the small town of Glen Rock in York County, Pennsylvania. Shown here in maturity, Billy rebuilt his father’s still, constructed a six-story warehouse and added other ancillary buildings. He also greatly increased production.

Foust rapidly became known for his highly imaginative way of packaging his liquor. Some 15 figural glass and ceramic bottles were issued by the Foust distillery. In addition to a realistic yellow banana,, they included a salt-covered pretzel, a ceramic ear of corn, a partially peeled sweet potato and a glass billy club. Other figurals attributed to Foust are a roast turkey, cigar, ham bone, clam shells, fish, pig and horn of plenty.

Foust also featured interesting small ceramic jugs. They bear the name of the Wm. Foust, Distiller, sometimes in gold letters. He packaged his whiskey in glass, both clear and amber, and provided saloons with a back of the bar bottle that advertised his whiskey.

By 1907 under Billy’s leadership production was up to 3,000 barrels of whiskey a year. A small brick and stone village grew up around the spring-fed hollow that was the site of the distillery. The town had housing for the employees, a railroad station, a town square with a water fountain, as well as telephone service -- rare for a rural location. A engraving from the 1890s shows the original farm house surrounded by distillery-related structures.

The location became known as Foustown -- causing confusion with another Pennsylvania community of the same name. Eventually the distillery grew to include a bonded warehouse and a “bottled in bond” bottling facility. To facilitate the transport of his whiskey by rail Billy also maintained an office in downtown Glen Rock.

In March 1859 Billy married Christina Bricker of York County. Seven surviving children were born to this marriage, five boys and two girls. Active in the Lutheran Church and his his community, the elder Foust became a respected business leader, holding a number of positions of prominence in Glen Rock. A 1886 History of York County declared: “Few men are better known throughout York and adjoining counties than Billy Foust.”

In 1910 Billy retired. Four of his boys took over the operation and changed the name to William Foust’s Sons Distillers. With the coming of Prohibition in 1920 the Fousts were forced to close the business. Billy died the same year at the age of 82. The Fousts subsequently sold the distillery.

After Repeal the Foust brand continued to be produced, apparently by Sherwood Distilling in nearby Westminster, Maryland. During World War II Foust’s Glen Rock facility was refitted to produce industrial alcohol, but the war ended before production began. A 125-foot smokestack built at that time, but never used, is all that remains intact of Foustown and the Foust distillery. As shown here, the rest lies in ruins.

What remains are the highly sought bananas, pretzels and other unusual bottles in which Billy Foust packaged his farm-raised whiskey.
Posted by Jack Sullivan at 11:47 AM