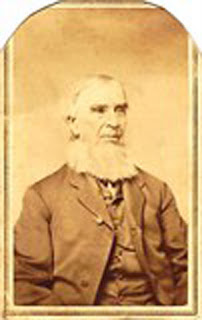 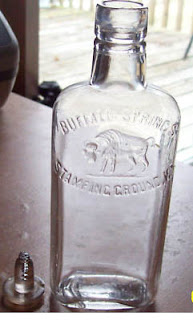 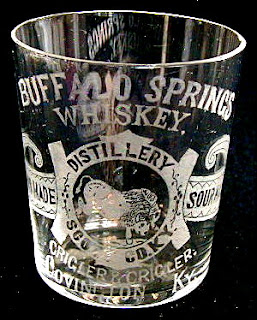 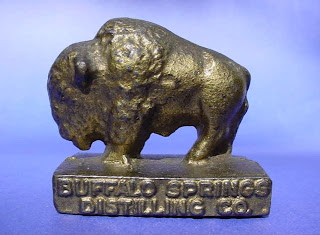 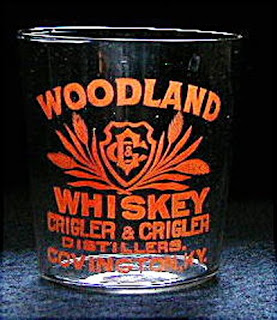 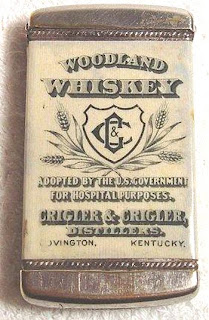 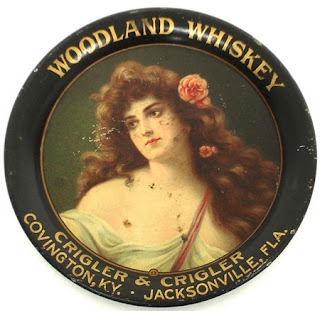 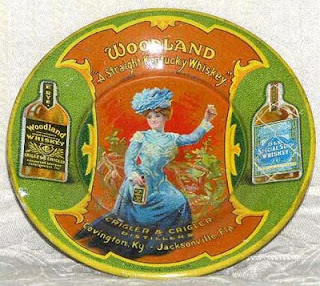 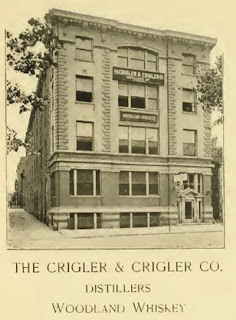 No better example of close familial relationships in the whiskey trade exists than the story of Crigler & Crigler -- Robert and Llewellyn -- uncle and nephew. Together they created one of Kentucky’s leading distilling dynasties, one with a nationwide reach.

The Crigler family were early immigrants from Germany to Madison County, Virginia. Jacob Crigler, the founder of the family, is recorded arriving in 1717. His descendent, Nicholas, an American soldier in the War of 1812, emigrated about 1828 from Virginia to Boone County, Kentucky, with his family. With him was an older son, Ephraim; another son, Robert, would be born in Boone County in 1834.

According to a Kentucky history published in 1887, Robert, sometimes known as “R.L.” left Kentucky at age 16 to seek his fortune in Cincinnati where he clerked in a dry goods store. By age 21 he had struck out on his own, successively running dry goods establishments in Cincinnati, and Paris and Lexington, Ky. In the latter location he began to invest in land. About 1874 he moved back to the Ohio city in the mercantile trade. In 1880 he married Jessie F. Talbert, a Cincinnati girl from a prominent family.

Enter Llewellyn Crigler, shown here in maturity. He was Ephriam’s son, born in 1841, and reared on the family’s Boone County farm. He was educated at the White Haven Seminary near Union, Ky., and at the age of 22 embarked on a business career as a storekeeper in Lawrenceburg and Lexington, Ky. Clearly a strong entrepreneurial spirit existed in the Crigler family and by the early 1870s -- probably 1874 -- Llewellyn was in Covington running a wholesale liquor business in partnership with A.R. Mullins of that city.

By 1880, Mullins was out of the picture and Llewellyn had formed a new partnership with his Uncle Robert. Thus the firm of Crigler & Crigler was born, destined to be one of the Nation’s leading distillers. Robert was president, Llewellyn the vice president. The company was well located. Kentucky was the premier whiskey-making state. Cincinnati, across the Ohio river, was a commercial center for the entire Midwest with good access to Eastern markets.

The pair lost no time in building their whiskey empire. The record suggests that by the time of the partnership, Llewellyn Crigler already was at least a partial owner of the Buffalo Springs Distillery, located in the colorfully named Stamping Grounds, a town in Scott County, Ky. This community was sited where huge buffalo herds once had congregated, probably to drink from a large natural spring, and had trampled down the surrounding vegetation.

According to Kentucky histories, the Stamping Grounds distillery first had been erected as a woolen mill in 1864. It had been turned to whiskey-making several years later by a man named Robert Samuels who was not a fulltime distiller and produced only 15 barrels a day. He sold out to a group of investors, among them Llewellyn Crigler. They expanded the facilities and increased production. Eventually the Criglers bought full ownership and began to advertise Buffalo Springs Whiskey prominently. Shown here are pre-Prohibition bottles, a shot glass, and metal paperweight the partners issued with the Buffalo Springs logo.

In 1898, Crigler & Crigler also acquired the Woodland Whiskey brand name and distillery operation. That Lexington area distillery was located on land leased from Robert Crigler. In 1872 Headley & Peck Co. had built a distillery, a brick warehouse, and three metal-clad warehouses with a total value of $30,000. It could produce up to 4,000 barrels of whiskey annually. In 1894, however, a scandal involving fraudulent warehouse receipts tainted the Headley & Peck operation and helped to throw it into bankruptcy. The Criglers were there to pick up the pieces and almost immediately established Woodland Straight Kentucky Whiskey as their flagship brand.

The firm engaged upon a national advertising campaign that capitalized on the fact that Woodland Whiskey in 1899 had been selected by the U.S. Government for use at the National Hospital for the Insane (now St. Elizabeth’s) in Washington D.C. The Criglers also offered attractive giveaway items to favored customers, including match cases and tip trays.

The whiskey business brought the Criglers great success. They fully exploited the mail order trade. For $4.75, the firm would send a customer two gallons of its whiskey -- express prepaid. The offer was backed by a money back guarantee. If you bought twenty Woodland quarts for $13 by mail and paid cash up front, Crigler would throw in four quarts of Old Special Stock Whiskey (guaranteed to be more than 12 years old) for free.

The firm eventually (1908) occupied a six-story office building in Covington, Ky., shown here, and had dozens of employees. In 1909 the firm incorporated By 1914 the Criglers had opened offices in Kansas City, Missouri, to handle their Western trade and in Jacksonville, Florida, for Southland business. They invested in real estate in Ohio and Kentucky. Llewellyn became a director of the Dayton Syrup Refining Company of Dayton, Ohio. Both men had families and lived in spacious homes in Cincinnati.

Crigler & Crigler disappeared from Covington business directories in 1917. The Woodland brand name joined thousands of others that died with Prohibition. Moreover, research into the Crigler family has failed to disclose the fates of Robert and Llewellyn, or even the dates of their deaths.
Posted by Jack Sullivan at 2:15 PM