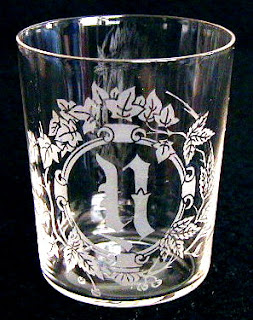 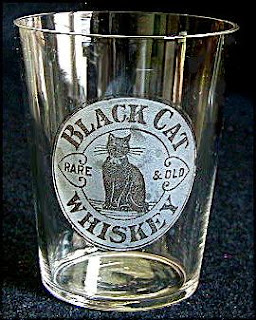 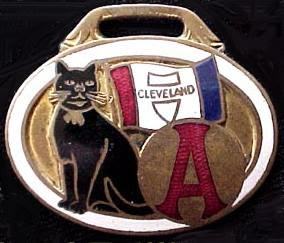 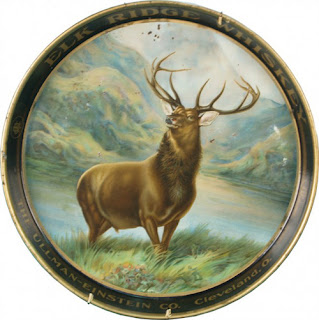 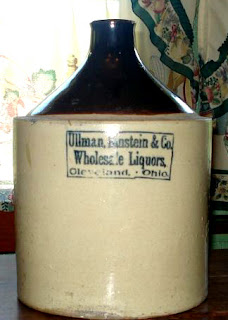 A young immigrant and former Confederate soldier came to a Northern city shortly after the Civil War to market a product named after a well known symbol for a bad luck. We might assume that his failure was swift and certain. But not if the Johnny Reb’ was Morris Ullman, the city Cleveland, and the product Black Cat Whiskey. Ullman and his family can be tracked through more than 50 years as they rose to wealth and business prominence in Northern Ohio.

A distant relative of the renown physicist Albert Einstein, Morris Ullman was born in 1835 in Baden-Wurtemberg, Germany, and emigrated to the United States in 1851 at the age of 16. According to newspaper accounts, he first settled in Alabama and then moved to Guilford County, North Carolina, where he became a naturalized citizen in 1857. In 1860, like hundreds of thousands other Southern boys, he joined the Confederate Army and served for the duration of the Civil War.

The role of Jewish soldiers in the Confederate Army generally has been overlooked by historians. Shown here is a caricature of one from Jewish magazine More than 10,000 fought for the South. Gen Robert E. Lee allowed his Jewish soldiers to observe all holy days. Northern generals, including William Sherman and Ulysses S. Grant, by contrast, issued orders making Hebrew observance difficult.

Morris came North after Lee’s surrender and settled initially in Franklin, Pennsylvania, about 50 miles northeast of Youngstown, Ohio. There he met his wife, Lenche, a year older than he. They married in 1866 and their son, Monroe, was born in Franklin later that year. Soon after, Morris and his new family moved to Cleveland. There he was reunited with an older brother who already may have been engaged in the liquor trade. The company they founded dated its origins to 1866 but Ullman Brothers & Co. first showed up in Cleveland business directories three years later, in 1869, located at 69-71 Michigan St. in the Tower City area. From the beginning the Ullmans demonstrated a marketing flair. Shown here is a highly decorated etched shot glass with the “U” initial, designating the firm

In 1873 their 18-year-old cousin, Herman Einstein, emigrated from Germany to Cleveland and was hired by the Ullmans as a clerk, bookkeeper and salesman. Herman’s older brother, Leopold, had come to Cleveland earlier and also likely was in the whiskey business. After the untimely death of Morris’ brother in 1881, the two closely-related families merged their efforts and created Ullman, Einstein & Co. Herman and Leopold became partners in the firm with Morris Ullman as the managing partner.

Almost immediately the company began to merchandise Black Cat Whiskey throughout Northern Ohio and beyond. The label featured the feline and declared the liquor to be “pure” and “old.” How old is open to question. Ullman-Einstein were not distillers. They obtained their product from a number of sources, probably in Maryland and Kentucky and mixed a number of lines of straight whiskey into a blend to achieve a consistent taste, then putting its label on the bottle.

However they arrived at the Black Cat blend, Morris and his partners advertised it widely. The company also featured the cat on a range of giveaway items, including back of the bar bottles and shot glasses. With its distinctive whiskers and eyes, it projected real personality. The feline was also featured on a giveaway inlaid cloisonné porcelain watch fob that also depicted the Cleveland municipal flag.

Outgrowing their Michigan Street quarters in 1892 the business moved to Sheriff Street, now known as 4th Street SE. The firm inhabited a building three stories high and more than a half block long. It stood across from Cleveland’s New Market House, a hub of the city’s mercantile trade.

Although the Black Cat was the flagship of the company, Morris and his partners presented a wide variety of brands to its clientele. The firm also was assiduous in registering many of them with the Federal Government to prevent trademark infringement. In 1905, it registered “J. Gibbons,” “McGibben, “ “Union Springs” and “Euclid Club” whiskeys. In 1906, “Black Cat,” “D.T. Gilmore and Son,” “UECO,” “Old Nectar,” and “Wedding March.” In 1907, “Brook Trout” and “Walnut Creek,” and finally in 1911, “Mor Lee.” No record exists of its the firm having registered other known Ullman-Einstein brands like “Elk Ridge,” “B.O.E.,” and “Adalyn.”

The firm issued shot glasses for many of these whiskeys, most of them bearing the distinctive etched U-E monogram. A giveaway tip tray for Elk Ridge Whiskey featured a famous British painting of a stag. For the most part, Ullman-Einstein marketed its products in bottles but from time to time used ceramic jugs.

Morris never forgot his Jewish roots and had a strong commitment to preserving his religious heritage. In 1873 he was listed as a board member of the Union of American Hebrew Congregations. He also was given special mention in the 1899 American Jewish Yearbook for his work on behalf of his fellow religionists.

In 1904, U-E incorporated for the first time. Morris Ullman and Leopold Einstein were its principal executives. The next year the company name changed to Ullman-Einstein, the comma replaced by a hypen. In 1908 Morris died at age 73. The same year the firm moved to 657-659 Bolivar Av. SE. Four years later Leopold Einstein died and Herman Einstein succeeded him as president and treasurer. Both Jacob Einstein and Monroe Ullman, sons of the founders, became company officers.

While they continued to pilot the liquor business effectively the end was near. Unlike those felines said to have nine lives, Ullman-Einstein’s Black Cat had only one. Prohibition in Ohio and in the Nation dealt the kitty a death blow. Ullman-Einstein went out of business in 1919, taking with it the Black Cat and all the other U-E brands.

Ullman-Einstein products live on, however, in a multitude of collectible shot glasses, watch fobs, tip trays, bottles and jugs. They remind us of an immigrant boy who rose to prominence in his adopted country and community through hard work and imagination. For Morris Ullman the Black Cat he tossed across Cleveland’s path proved to be good luck for him and his family..
Posted by Jack Sullivan at 11:41 AM