George Bieler and His Boys "Pulled Together" 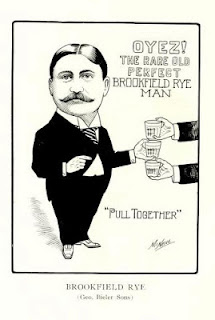 For more than a half-century a family named Bieler operated a wholesale and retail liquor business in Cincinnati, Ohio, evidently prospering by close collaboration.  A 1905 book that provided caricatures of the city’s businessmen celebrated the Bielers’ success by depicting one of the second generation, likely Charles J., and two hands,  those of his brothers, as they guided the Geo. Bieler Sons Company.  The family motto displayed there was “Pull Together.”

The scion of the Bieler family and the founder of the liquor enterprise was George Bieler. He was born in Ohio in 1841, the son of Henry Bieler, an immigrant from France who in 1850  was recorded as running a coffee shop in Cincinnati.   George grew up in Cincinnati, was educated in its public schools, served a number of years working for others in the mercantile trades, and about 1867 struck out on his own with a partner to found a liquor dealership called Bieler, Pistler & Company.  At first  the business was located at 343-345 Main Street in Cincinnati,  but with a need for expansion later moved to 813 Main.

George Bieler’s partner departed the business about 1887 and the company became just Geo. Bieler Co.   During this period,  the father had been taking his sons into the business as they arrived at maturity.   Most of them showed affinity for the business. An exception may have been William who is recorded in the census as a salesman for the Federal Products Company.   Nonetheless, sons George A., Charles,  and William would be “pulling together” in the liquor trade for much of their lives.

With the death of their father circa 1899 at the age of about 58, the name of the company was changed once again, becoming Geo. Bieler Sons Company.  The head of the firm, according to Cincinnati Chamber of Commerce directories, was Charles.   My assumption it is he, looking dapper with a handlebar mustache, who is shown in the caricature.   He guided a firm that featured a number of brands, including “Arcade Special,” “Clifford Club,” “Derby Hall,” “Fruit Jar,” “Lyndale Rye,” “Old Ronny Club,” and “T W Samuels.”  The brothers trademarked Clifford Club and Old Ronny Club in 1906,  Fruit Jar in 1907 and Arcade Special in 1917.  Unaccountably there is no record of them registering the brand with which the firm was most associated,  “Brookfield Rye.” 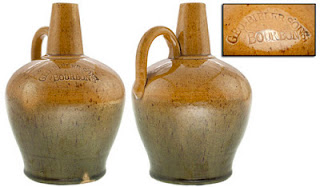 Blenders of whiskey not distillers,  the Bieler boys heavily  merchandised Brookfield Rye using the slogans, “Rare Old Perfect,”  and “Made famous by public favor.”  Although they packaged their whiskey in glass bottles, they favored ceramic jugs to make their product stand out amid the intense competition being provided by a plethora of Cincinnati liquor dealerships.   Shown here are stoneware quart bottles with a honey brown salt glaze and the firm name incised in the face.  They held both bourbon and rye. 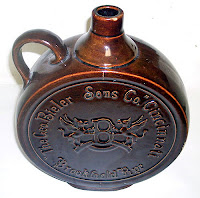 Brookfield Rye containers came in brown glazes with embossed lettering in both quart size and a mini-jug that celebrated the 1867 founding of the firm.  These jugs were the product of the Monmouth-Western Stoneware Company.

Like their Cincinnati competition,  the Bielers provided an array of giveaway items to saloons and other favored customers.   Among them was a gracefully shaped back of the bar bottle with “Brookfield Rye” in gold on the glass.  They also provide tip and serving trays to advertise Brookfield Rye.  The second tray shown here, featuring a comely lass with a see-through gown and a bottle 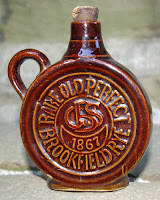 of whiskey in her hand deserves special note.  The image was lithographed from the art work of Angelo Asti, a frequent exhibitor at the Paris Salon.  Born in Italy, he resided most of his life in Paris but once made a brief trip to the United States,  more specifically to Ohio, where he may have met the Bielers.  Asti’s signature appears at the lower left of the tray.   My favorite Bieler giveaway was a honey brown ceramic pig that has a butt plug that identifies it as from George Bieler Sons and containing Ronny Club whiskey.   In 2013 this once giveaway item fetched $778 at auction.

As their business continued to succeed and grow, the Bieler boys had personal lives.  George A. married and fathered two children, but his wife died at an early age.  The 1910 census found him, a widower, living with his children, Florence, 20, and Arthur, 17.  His occupation was listed as  “liquor dealer.”  Sometime during that decade, he 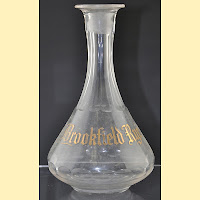 married again, a woman named Amelia.  In 1920 the census recorded him living with her and the two children, both now adults.

Charles Bieler married late.  The 1900 census found him, age 33, living with his widowed mother, Louisa, and four younger sisters with ages ranging from 22 to 16.  At an advanced age he married Clara M. a woman who, according to census figures, was 18 years his junior.  They would have one child, Martha, who was born in 1920.   Henry F. was the third Bieler in the business, identified by the 1910 census as the “secretary” of the liquor company.  That year found him also found him living in Cincinnati with his wife, also named Clara, and three children ranging in age from 16 to 6.

The Bieler Boys continued to pull together and prosper through the 1900s. In 1901 they moved their operation to larger quarters at 717 Main Street only to move again to the northeast corner of Seventh and Main Streets in 1903.  There was a shift to the northwest corner of that same intersection several years later.  The next address in Cincinnati city directories was to 126 East Seventh St. in 1911.   Despite the firm’s success, Prohibition was fast closing in.  When Ohio went dry in 1916, the end of Geo. Bieler’s Sons Co. was in sight.  They moved to quarters at 119 East Pearl that same year, probably to maintain their mail order business, but terminated altogether in 1918. 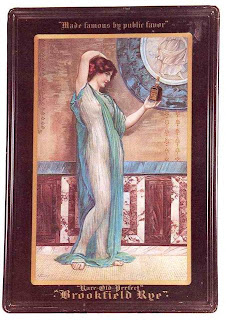 Succeeding census information finds the Bieler Boys each going his own direction. The 1920 records Henry still in Ohio, working as a farmer.  By 1930 he had left his native state and was farming near Twin Falls, Idaho.    Both George and Charles were listed as having no occupation in 1920, still living with their families in Cincinnati.   The 1930 census, however, cites Charles as back to work in the liquor trade as a “salesman.”  Because alcoholic beverages would remain banned for another four years, it is not clear what Charles was selling.   Since whiskey could still be sold to physicians for “medicinal” use, it is possible he was working for one of the Cincinnati outfits providing that trade. 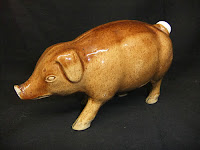 Although Brookfield Rye is a label in history only and the Bieler name gone from the contemporary liquor industry,  we remember this family that not only pulled together but showed, as one observer has put it, an unusual amount of  “pizzazz.”  Certainly their flair for merchandising their liquor has left collectors of whiskey-related items with a number of unusual and interesting artifacts.

Posted by Jack Sullivan at 8:39 AM