From the Rhine to the Ohio: the Odyssey of Philip Hollenbach 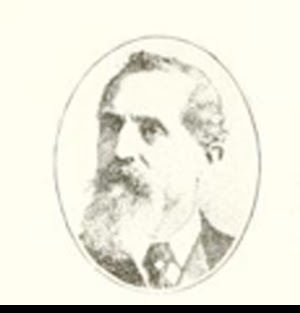 From the knowledge Philip Hollenbach demonstrated about German wines, we can assume that, born in Germany in 1851, he grew up not far from the vineyards of the Rhine River.  At the age of 18 in 1869 he emigrated to the United States on a journey that would take him to the banks of the Ohio River at Louisville, Kentucky,  where he forged a highly successful career in the liquor trade.

When Hollenbach first arrived on American shores,  he likely had a background in wine making.   His initial stop was in Alabama where for a year he was involved in tending vineyards for a local winery.  After a year he sought new horizons and moved to Louisville.  Hollenbach claimed 1871 as the year of his initiation into the beverage trade, leading me to believe he worked for a Louisville wine and spirits shop, perhaps securing employment by his knowledge of 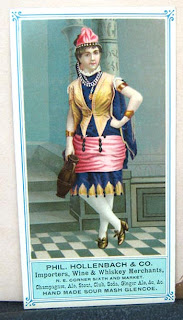 Within three years Philip had accumulated enough wealth to start a family.  That year in Louisville he married Karolina Jenne, like himself a German immigrant.  They would have three children, Carrie, Louis and Philip.  In 1878, he teamed up with his brother, Louis, to begin his own wholesale liquor business.  Under the name Hollenbach Bros., the company initially was located at 193 Market Street near Sixth, later moving to 101 West Market Street.

Hollenbach Bros. were wholesalers and whiskey blenders.  Like others rectifiers, Philip and Louis apparently had difficulty getting sufficient raw product from area distilleries.  As a result, in 1882 they took charge of the Glencoe Distillery, located at 2540 Broadway in Louisville. That plant had a mashing capability of 160 bushels of grain per day, fully sufficient to keep Hollenbach Bros. in whiskey for blending purposes.  The distillery had been built in 1872 by Frederick and Philip Stitzel. The Hollenbachs kept the 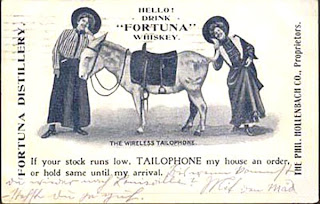 Stitzels in charge of the distilling operation.  Their flagship brand became Glencoe Whiskey, promoted widely on trade cards and advertisements.

When fire razed the Glencoe Distillery in 1883, it was quickly rebuilt. An 1892 insurance record described the new distillery to be of frame construction.  The facility also included cattle pens located 79 feet south of the still and three warehouses.  One warehouse was constructed of

brick with a metal or slate roof and the other two were clad in metal sheeting.

About 1885 Philip’s brother Louis left the partnership. Louis subsequently purchased and operated a wholesale and retail whiskey and wine business in Chicago on LaSalle Street near Madison.  The break must have been amicable since Louis was listed as the sole agent selling Glencoe Whiskey in Chicago and all Western states.  Within a short time  Philip Hollenbach took a new partner,  a man named Vetter who had

been a Louisville city marshal.  Vetter was described in a local journal as “an excellent and popular businessman and a valuable acquisition.”

The company, now named Hollenbach & Vetter, moved to 234 Second Street.  According to accounts their building was four stories in height,  enjoyed street frontage of 24 feet and a depth of 100 feet.  It was said to have a commodious cellar and was well stocked with liquor and wines, both in barrels and in cases of bottles.  The firm claimed to stock, in addition to its house Glencoe Brand, all well-known Kentucky whiskeys.

The partnership with Vetter proved to be short-lived.  By 1888 Hollenbach was the sole proprietor and the firm name changed again, becoming Phil Hollenbach & Co.  By 1887, Hollenbach was claiming a second distillery called the “Fortuna Distillery.” In ensuing years, Glencoe Whiskey became less and less prominent in company advertising and Fortuna Whiskey became Hollenbach’s flagship

brand.  As shown here this whiskey was featured on trade cards,  the company logo, mini-jugs,  back of the bar bottles, and other giveaway items.

Although accounts differ widely I believe at some time in the early 1900s,  Hollenbach divested himself of part or all of his  interest in the Glencoe Distillery, which subsequently was sold to the Weller distilling family. That facility continued to produce Hollenbach brands such as Fortuna, Pride of the West and Glencoe.  A 1911 ad indicated that Hollenbach was claiming proprietorship of only the Fortuna Distillery.  Assuming Federal records are complete, a distillery of that name never really existed except for Hollenbach merchandising purposes.

Meanwhile, Philip was being recognized as a leader of the liquor industry in Louisville. In 1908, as president of the German-American Alliance of Louisville, representing some thirty or forty German societies, he led an effort for an anti-Prohibition

demonstration.  Joining with other organizations, including Irish-American societies, they created a new pressure group, called the Civic League of Kentucky, to fight the “Dry” forces. During this period Hollenbach once again moved his establishment, in 1911 relocating a final time to 528 West Main Street,  along Louisville’s famed “Whiskey Row.”

Philip had been recognized in Louisville for his expertise on German wines and in 1914 was asked to supply a chapter for a book published there on alcoholic and other beverages.  Apparently harking back to his own youth on the banks of the Rhine,  Hollenbach noted that bards of old had been inspired to sing the praise of German wines.  He went on to recommend them heartily

to the American drinking public.

In 1920 Prohibition ended the days of Phil. Hollenbach & Company. The Glencoe distillery similarly was shut and dismantled during the period 1920 to 1935.  Remaining buildingswere used by a broom and mop company and a fruit preserving outfit.  After Prohibition Hollenbach’s son, Louis, is said to have revived the distillery and probably was the source for the post-Prohibition sign shown here for Fortuna Whiskey.  As for Philip Hollenbach,  I have been unable to established his date of death or grave site.  However, for his epitaph, it seems appropriate to end with a poem quoted in Hollenbach’s article on German wines:

“Drink to the Rhine!  And every coming morrow
Be mirth and music thine!
And when we meet a child of care and sorrow,
We’ll send him to the Rhine.” 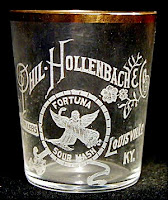 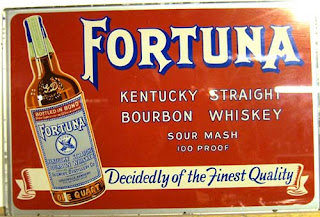